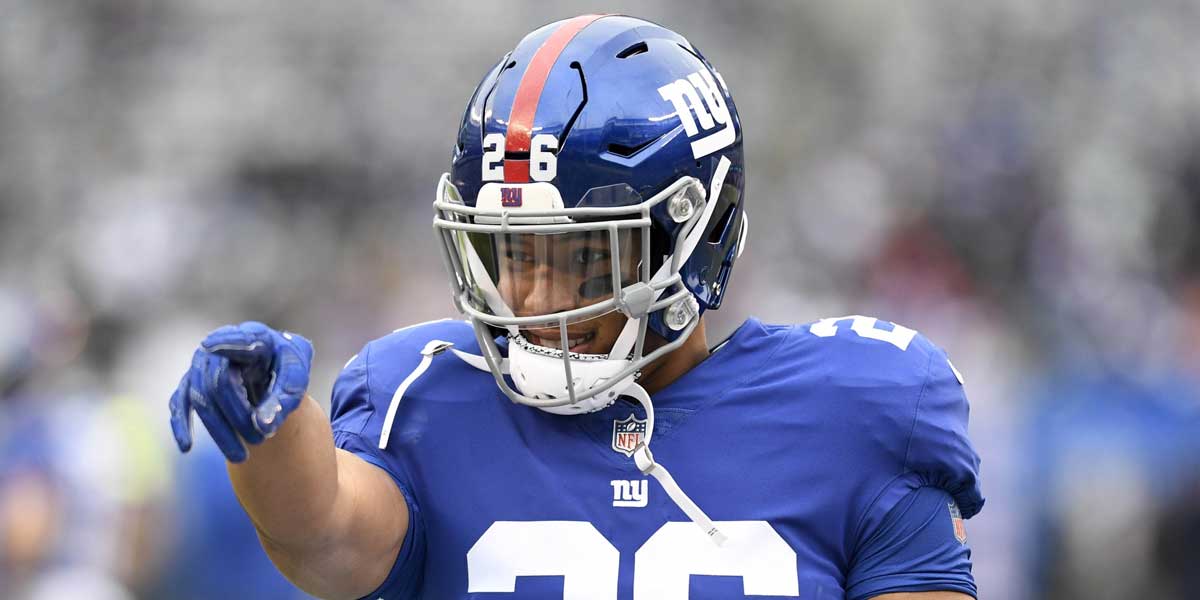 TALLAHASSEE, Fla. - Week 3 of the NFL was a tough week for a lot of fantasy football owners, as injuries changed the outlook for a lot of teams in fantasy and reality. The silver lining for many owners is that many of the injuries sustained weren’t season-ending injuries, but there’s still a lot of production that will have to be replaced in fantasy lineups heading into Week 4.

Saquon Barkley’s injury is the most impactful of the season so far as he was a consensus top-three pick in drafts this summer. Barkley has lived up to the hype; he ran for over 100 yards in his first two games and has one rushing touchdown on the season. He suffered a high ankle sprain in the New York Giants game against the Tampa Bay Buccaneers and he’s expected to miss 4-8 weeks. He’s currently the 13th ranked running back in PPR leagues with 48.1 fantasy points on the season.

A possible waiver wire replacement for Barkley is Giants running back Wayne Gallman, as he won’t have to battle for touches in Barkley’s absence and is already familiar with the system. The Giants also have a favorable matchup against the Washington Redskins in Week 4.

Outside of the New York Giants backfield other waiver wire options for the running back position are Rex Burkhead. Burkhead has been New England’s most efficient runner on the season rushing for 112 yards on 24 carries and averaging 4.7 yards per carry. With 41.2 PPR points, Burkhead is the 15th ranked running back in PPR formats and should be rostered in all formats.

Meanwhile, Sony Michel has been ineffective in two of the first three games. So far this season, Michel has 45 carries for 108 yards and is only averaging 2.4 yards per carry. If Michel continues to struggle to find yards, it’s hard to see Bill Belichick keeping Burkhead on the sidelines.

Green Bay Packers running back Jamaal Williams is also another running back that should be picked up off the waiver wire.

Despite splitting carries with Aaron Jones, he’s still been able to post fantasy-relevant numbers and is the 32nd ranked running back in fantasy football with 27.2 points on the season.

In their Week 3 matchup against the Denver Broncos, Jamaal Williams outgained Aaron Jones in rushing yards 56-19. This will be one of the more confusing running back committees to navigate in fantasy, but both running backs should be rostered in all formats. This is especially true if one of Green Bay’s running backs get injured.

Although none of these guys can replace Saquon Barkley they can help keep your fantasy team afloat until he returns.

Going into Week 3, T.Y. Hilton was listed as questionable with a quad injury. He re-aggravated the injury in his matchup against the Atlanta Falcons but not before posting eight receptions, 65 yards and a touchdown which led the Colts. Hilton was held out of the entire second half because trainers felt that he might fully tear his quad, which isn’t a good sign going forward.

Hilton is the fifth-ranked wide receiver in PPR formats with 63.5 fantasy points and has shown good rapport with Jacoby Brissett this season. It is still unknown how long Hilton will be out or if he will even miss time this week.

The waiver wire still has some solid wide receivers that may be available in your league. With Hilton’s quad likely causing him to miss a few games, a good replacement would be Jaguars wide receiver D.J. Chark -- if he’s still available, roster him immediately.

Chark probably offers the best value on the waiver wire right now as his 60.7 fantasy points are the eighth-highest in the league through three games. He’s caught a touchdown in every game this season and hasn’t had a game under 50 receiving yards. It’s rare to find that kind of production on the waiver wire, especially at this point in the season.

Another name to consider if you’re scavenging the waiver wires this week is Carolina Panthers wide receiver Curtis Samuel.

Kyle Allen took over under center and Samuel had one of his best games this season with five catches for 53 yards and a touchdown. Samuel is the 40th ranked wide receiver in PPR formats with 36.8 fantasy points on the season. With bye weeks now coming into fruition, Samuel could end up being an important piece to a fantasy championship.

Even with Cam Newton out, if Samuel is available in your league add him to your roster. He can be a solid FLEX option.

Julian Edelman exited last week's win against the New York Jets because of a chest injury. The x-rays came back negative and it’s likely the Patriots were just being cautious with Edelman as they were already up big on the New York Jets in the game.

With Antonio Brown now out of the picture, Edelman is back to being Brady’s top option in the passing game. Edelman has had a modest start to the season with 17 catches for 196 yards and one touchdown. In PPR formats Edelman is the 26th ranked receiver with 44.8 fantasy points.

USAOnlineSportsbooks.com feels without many other wide receivers on the Patriots roster Edelman, Josh Gordon, and Phillip Dorsett can each flourish in this offense.

Speaking of Patriots wide receivers, another waiver wire wide receiver to consider adding to your roster this week would be Julian Edelman’s teammate Phillip Dorsett.

The Patriots run a lot of three-wide receiver sets and that allows Dorsett more opportunities to see the field, especially with Brown’s departure.

If you haven’t added Dorsett already then you should because he’s the 18th ranked PPR receiver right now with 50.9 fantasy points. He’s produced more fantasy points than Edelman on the season and has helped solidify the Patriots wide receiver group. If Edelman is to miss any time, then Dorsett would be the main beneficiary of his absence.

On the season, Dorsett has 14 catches for 187 yards and three touchdowns. Tom Brady will continue to find Dorsett as defenses try to focus on stopping Julian Edelman and Josh Gordon.