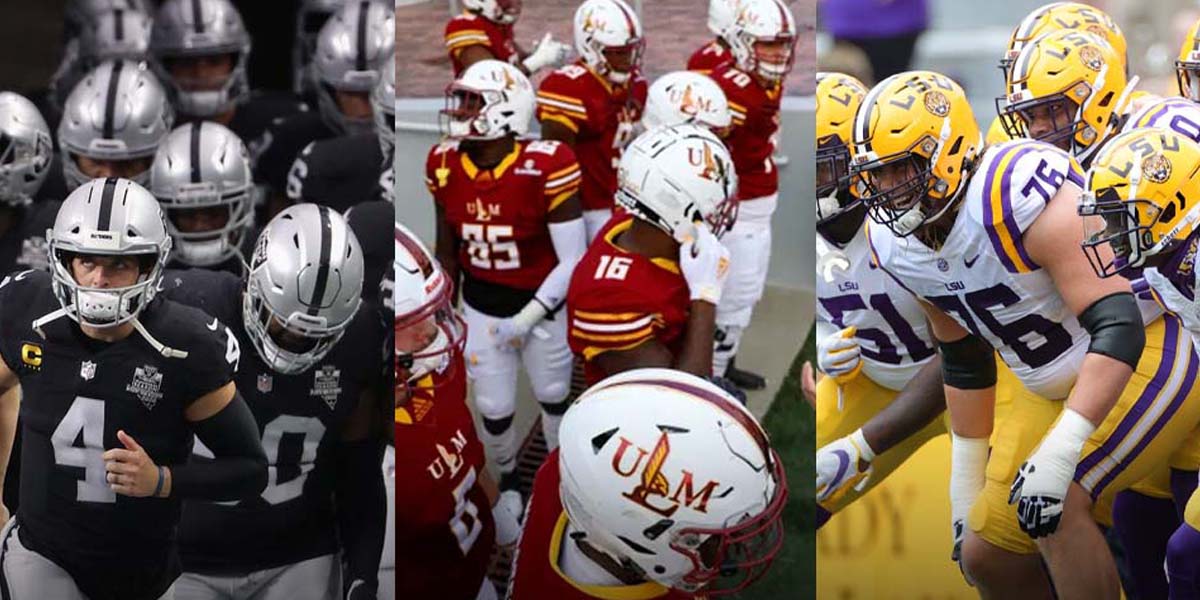 The Las Vegas Raiders were matched up against the Denver Broncos on Sunday and took the field as 5.5-point underdogs. QB Derek Carr threw for 341 yards and the defense was able to come away with four turnovers as the Raiders took home a 34-24 win.

Online sportsbooks saw nine of the 12 favorites win on Sunday and Las Vegas was the only team labeled as an underdog greater than a field goal to win.

The UL Monroe Warhawks were 33.0-point underdogs to the Liberty Flames on Saturday. Despite falling behind 14-0 at halftime, UL Monroe came back with 28 unanswered points in the third quarter and was able to hold the lead until the final whistle. College football betting sites saw a -10000 favorite loss in this game.

The Flames entered the game 13-1 ATS in their last 14 games and coming off of a 40-7 victory over UL Monroe last season. This marked the first time an FBS Vs. FBS 30-point underdog has won outright since Liberty beat the Baylor Bears in 2017.

The LSU Tigers were able to take down the ranked Florida Gators on Saturday as 12.5-point underdogs. This marked the biggest ranked Vs. unranked upset of the Week 7 of the college football season.

The Purdue Boilermakers beating the Iowa Hawkeyes was close to making the cut as 11-point underdogs with +350 odds on the moneyline. Potentially worth noting, LSU is labeled as 9.5-point underdogs next week to the Ole Miss Rebels.