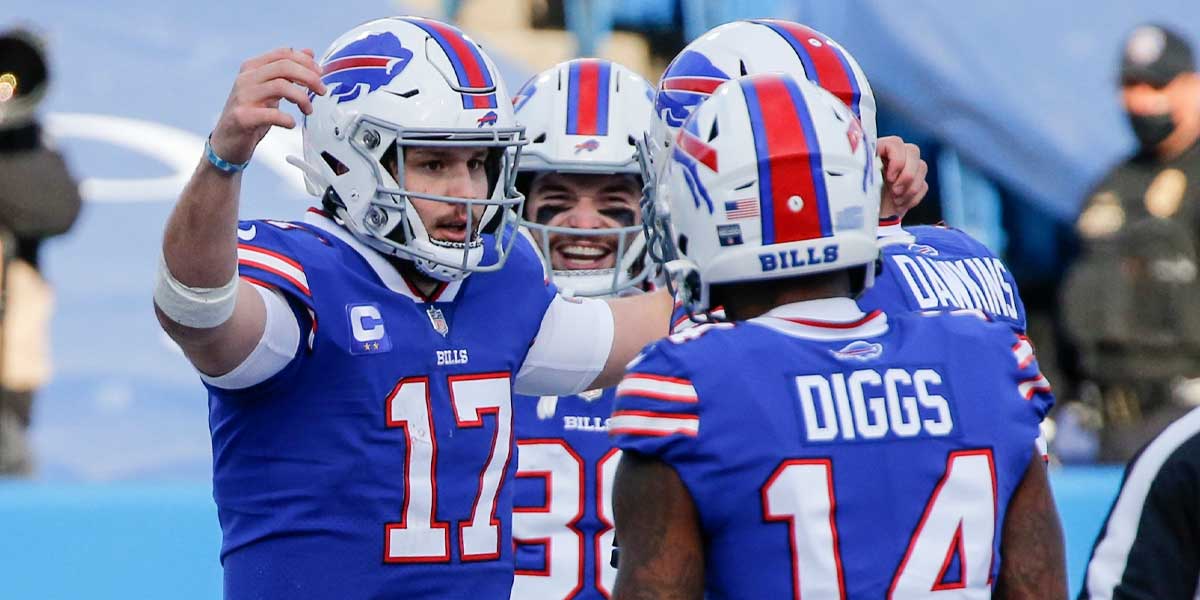 BUFFALO, N.Y. – The Baltimore Ravens and Lamar Jackson face their toughest test of the season as they head to the frozen tundra of upstate New York in January to face the surging Buffalo Bills.

Few could have predicted the Bills would be in the position they are today. Favorites over the reigning MVP heading into the Divisional Round of the playoffs. But, after a tough win over the Indianapolis Colts, the Bills are being led on the back of quarterback Josh Allen into a new generation of potential success.

On the other side, the Ravens and Lamar Jackson have finally overcome the hurdle that Jackson couldn’t win a playoff game, taking down Derrick Henry and the Tennessee Titans in a gutsy performance.

Now, these two paths must cross this Saturday night, where bettors are keying into any and all potentially valuable lines. Currently, the Ravens are a small 2.5-point underdog ahead of kickoff via the major online sportsbooks.

The Ravens find their strength in their massive defensive frontline, led by Calais Campbell. That line was able to bully the offensive line of the Titans and give Derrick Henry zero open lanes to work with.

The same could work for the Bills, who like to run the ball with Devin Singletary and QB Josh Allen as well. Not quite as much however as the Ravens, who love to run with both JK Dobbins and Lamar Jackson.

Jackson gouged the Titans for 136 of his own yards on the ground. NFL Playoff betting odds have Jackson’s rushing yards currently sitting at 77.5.

Additionally, players can find odds for the dynamic attack of the Bills. Josh Allen has emerged as a serious future MVP candidate thanks to his arm, and bettors are looking at his lines for Saturday as well. Allen’s passing yards current sit at 295.5 for the game.

In an offensive matchup like this, it will come down to who can make the bigger play, or bigger stop on defense, to decide which team continues on their path to the Super Bowl.