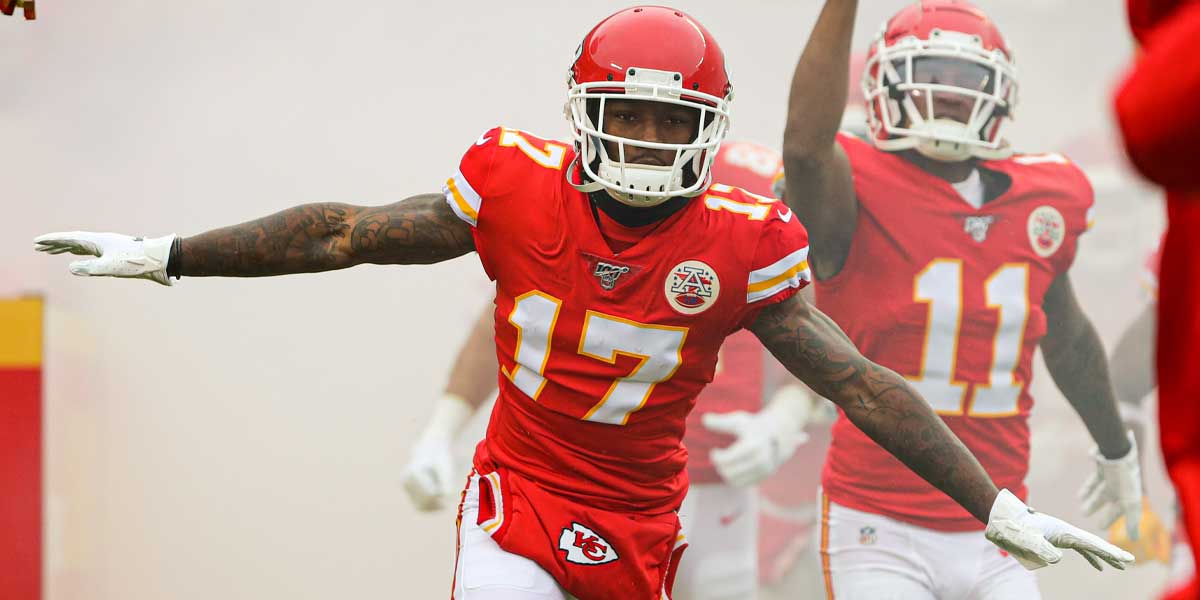 For the Chiefs, a lot of elite playmakers were limited participants in practice, which could limit their production even if they do play.

For the Bills, the losses look to be a bit more minor, with Vernon Butler and Gabriel Davis limited in practice.

Let’s take a look at some of the big names that were limited participants, whether or not they will play based on the final injury report, and what that could mean.

First things first - all indicators are that Mahomes and Breeland will play. Mahomes cleared the NFL’s concussion protocol, but is still dealing with a turf toe injury according to Ian Rapaport.

Breeland, also concussed, managed to clear the concussion protocol as well, and is expected to play.

The big question marks on this list are Clyde Edwards-Helaire and Sammy Watkins, who are going to be important to bettors wagering on various aspects of the Chiefs offense.

Edwards-Helaire, for example, is still on the boards as a potential touchdown scorer in this matchup, as is Watkins.

Their injuries give rise to opportunities for other players. Darrel Williams sits behind Edwards-Helaire on the RB depth chart, while Demarcus Robinson and Mecole Hardman could benefit if Watkins is sidelined.

The Chiefs AFC injury report contained the information that Watkins will be inactive, but Edwards-Helaire will be active.

This means that online sportsbook enthusiasts should look for Robinson and Hardman in the Chiefs’ passing game.

The Bills only had two players listed as questionable on the Friday injury report, WR Gabriel Davis and DT Vernon Butler.

Gabriel Davis has emerged as an important piece in the Buffalo passing attack that so defines their offense.

Davis is arguably the second receiver on this team, competing with Cole Beasley and John Brown for targets.

If Davis is out, Beasley and Brown could benefit. The big question for the Bills receiving corps is how they will respond to the Chiefs putting multiple safeties deep to take away the deep crossing routes that Diggs and Allen are so amazing at executing.

The obvious counterpunch to this is the intermediate passing game - running backs in the flat, tight ends out wide, and Cole Beasley, a short-range specialist.

Of the four Bills receivers with a target share over .10, Beasley has the lowest average depth of target - he’s the premier short-range receiver on this team.

The final injury report showed us that neither of those players would be out of the game - Davis and Butler were not on the list.

Bills backers should look for Davis in the passing game, but be careful given that he’s a bit dinged up.

Overall, the Chiefs might be a bit banged up, but the sportsbooks still see them as a mild favorite in the AFC Title odds.

Best of luck using the AFC Championship injury report to bet on the NFL properly.