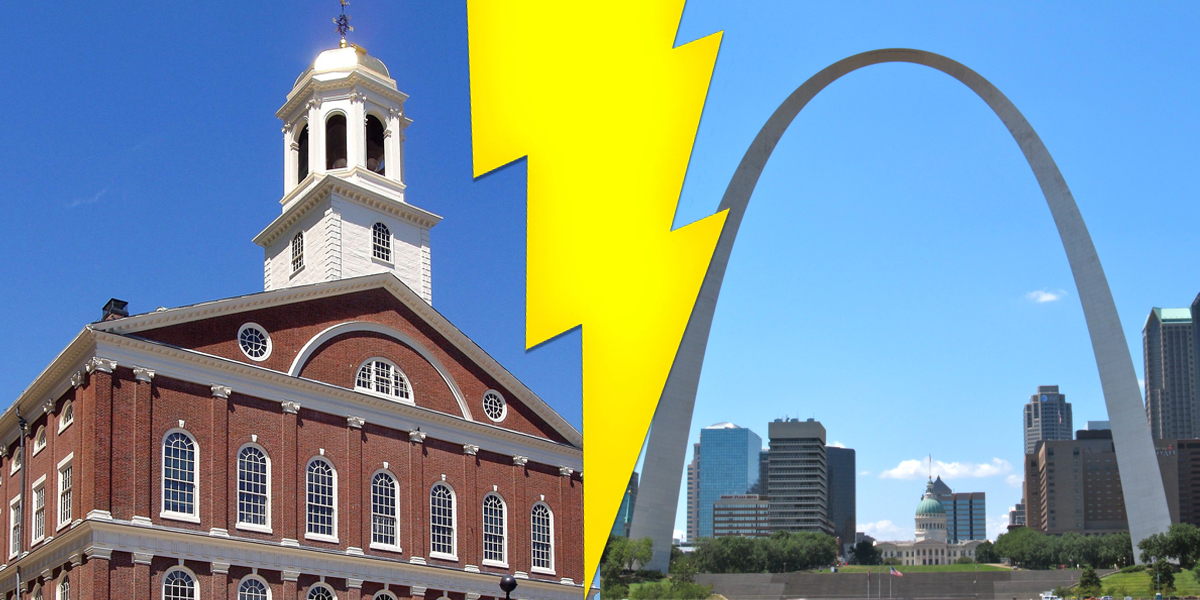 BOSTON – By punching their tickets to the 2019 Stanley Cup Final, the Boston Bruins and St. Louis Blues are building on a peculiar legacy.

With the second NHL title series against one another, the two cities will have faced off in 11 championships across all major US sports leagues.

They remain the only two cities to hold the distinction of competing for titles in the NFL, MLB, NBA, and NHL.

NFL: Boston and St. Louis have met once in the Super Bowl, with the New England Patriots beating the St. Louis Rams in 2002.

NHL: For the second time, the Boston Bruins will be lacing them up against the St. Louis Blues. Their first meeting was in 1970, where the Bruins emerged victorious.

How Is The “Series” Relevant To Bettors?

There are seemingly endless ways for bettors to break down every matchup on the odds boards. That speaks to the statistical bent that US sports viewers have.

Numbers define greatness for athletes, fans, and bettors alike. In America, sports is very much a math-based hobby.

But can any useful data be gleaned from the all-time Boston vs. St. Louis numbers?

On the surface, no.

The NFL or MLB has nothing to do with the NHL. The Celtics beating the Hawks 3-1 over four NBA title matchups is irrelevant to how the cities’ teams play hockey. Even that 1970 NHL contest means little, as the league is drastically different than it was 49 years ago.

But bettors rarely find edges on the surface. Digging deeper, in at least one way, these cities’ sporting histories against each other can be valuable.

There is one thing that the NFL, MLB, NBA, and NHL all have in common: their fervent big-city fan bases. Regardless of the individual leagues, teams from big cities like Boston and St. Louis have huge home-field advantages.

In the NFL, home field is only relevant for the playoffs, not for the Super Bowl itself. The Patriots beat St. Louis in the Louisiana Superdome, so the fan base would favor the Rams geographically. But Super Bowl XXXVI was by no means a home game for St. Louis. As such, the contest is excluded from the following.

Through nine championship series matchups, then, here’s how the numbers stack up for Boston vs. St. Louis:

The above figures could certainly be broken down further (and further, and further), but you get the idea.

Despite the four major sports all being different, the so-called 12th man is a real thing. Home field (or home court or home ice) advantage is predicated not on familiar surroundings, but on crowd energy for the home team.

USAOnlineSportsbooks.com know that in the Boston vs. St. Louis all-time championship series, if you simply bet for the home team, you’d win 62 percent of the time.

If you’re in sports betting for the long haul, that’s really all you need to know.