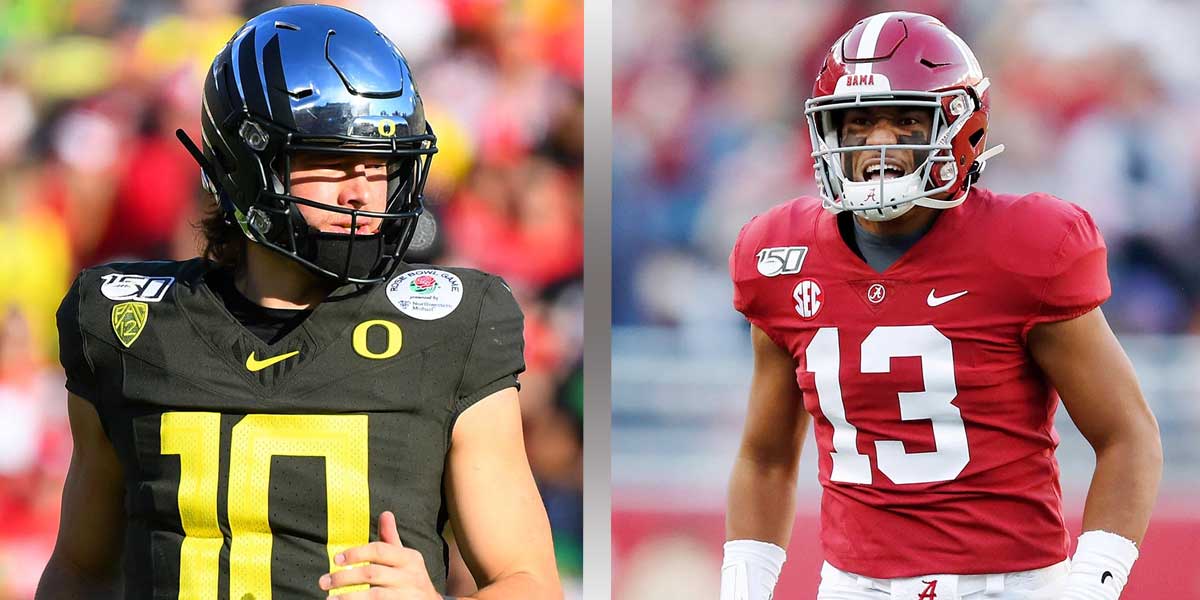 Despite their high draft status, of the three quarterbacks, only Joe Burrow will have an immediate starting position come Week 1.

Tagovailoa will more than likely need to supplant Ryan Fitzpatrick in training camp and Justin Herbert will have to get past Tyrod Taylor out west. Oddsmakers also find it tough for Herbert and Tagovailoa to see the field during Week 1, as Bovada has set NFL betting lines that favor the two quarterbacks not getting the start.

Will Tua Tagovailoa Start Week 1 for the Miami Dolphins?

The Dolphins would be smart not to throw Tagovailoa into the fire in his rookie season, especially as he recovers from hip surgery. The Dolphins still have to do some rebuilding as their offensive line still has holes in it and they lack talent at the running back position.

Those needs could be addressed in the remaining rounds of the draft but this team wouldn’t be ready to protect Tua the way he needs to be and the Dolphins aren’t going to risk putting the future of their franchise at risk. Miami still has Ryan Fitzpatrick - who is the projected starter - while Tagovailoa will likely need to be brought up to speed.

Rolling the dice on the +165 odds for Tua to be the starter Week 1 might seem lucrative to NFL bettors but the odds should probably be faded.

Will Justin Herbert Start Week 1 for the Los Angeles Chargers?

The Los Angeles Chargers drafted their successor to Phillip Rivers with the sixth pick in the first round.

Herbert has more of a chance to be the Week 1 starter for the Chargers than Tua does for the Dolphins but with Tyrod Taylor in the fold, it could be hard for Herbert to ascend to the starting position right out of the gate.

The Chargers have a stout defense that can make up for some of the flaws in Herbert’s game but the team won’t be rushing to see him on the field.

However, Herbert will have all of training camp to compete with Taylor and if he can win the starting job, the +250 odds at online betting sites would provide a nice return for bettors on this prop as the reward outweighs the risk here.