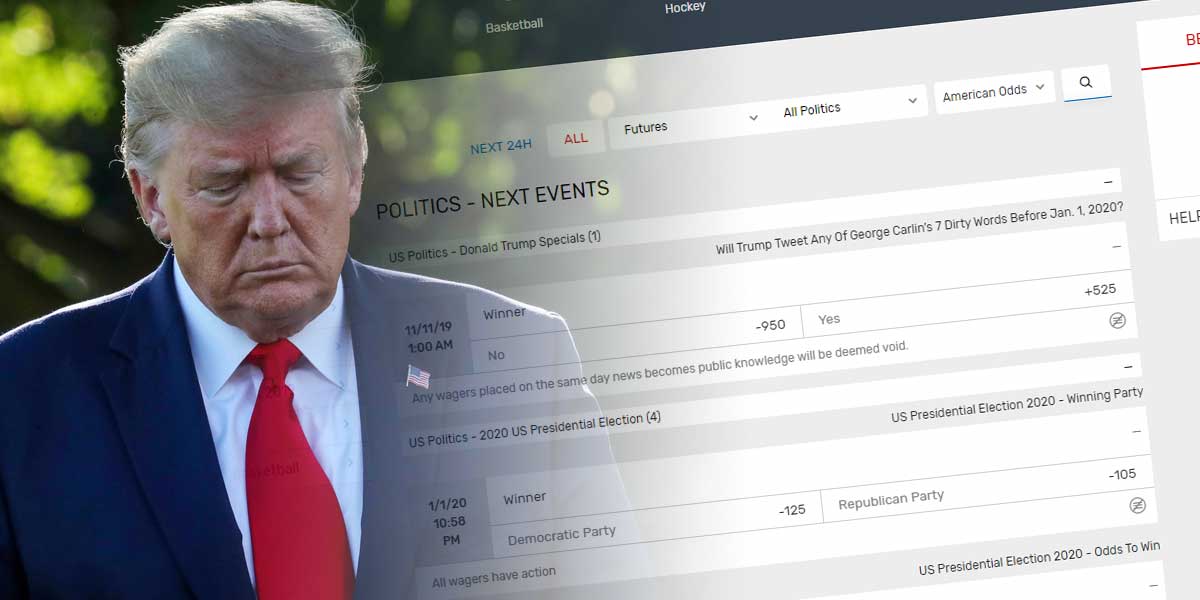 WASHINGTON - Will President Donald Trump tweet any of George Carlin’s seven dirty words before the start of 2020? Sportsbooks are listing wagers on it. While Trump’s tweets tend to be heated in nature, the President doesn’t always use obscenities when he tries to get his point across. However, he has done it before.

According to the popular USA online sportsbook Bovada, Trump is seeing favorable odds of not using any more profanity in his tweets for the remaining 60 days of the year. “No” is set at -1000 odds while "Yes” is at +550. More on the seven dirty words can be found here.  As campaigning continues, both Democratic candidates and the President are digging deeper into more aggravating topics that prompt Trump’s public responses via Twitter.

His last tweet with any sort of improper language happened on October 2.

“The Do Nothing Democrats should be focused on building up our Country, not wasting everyone’s time and energy on [BULL****], which is what they have been doing ever since I got overwhelmingly elected in 2016, 223-306. Get a better candidate this time, you’ll need it!” *

The Do Nothing Democrats should be focused on building up our Country, not wasting everyone’s time and energy on BULLSHIT, which is what they have been doing ever since I got overwhelmingly elected in 2016, 223-306. Get a better candidate this time, you’ll need it!

With Democrats trying to expedite an impeachment of the President before his current term ends, along with the constant jabs exchanged by both sides for the sake of the campaign, it’s no wonder that Trump lets a word slip here and there that he shouldn’t. As a President, it’s not proper but it humanizes him. He has a long history of using profanity on Twitter, even before he became the President. Sportsbooks have realized this, which is what has made the betting on the subject possible.

If Democrats continue to pressure Trump with investigation upon investigation, betting on the underdog of “Yes” he will say something obscene on twitter would definitely be the bet to take. The President is known to speak unapologetically and when he gets personally attacked, the words of George Carlin may certainly be unleashed.