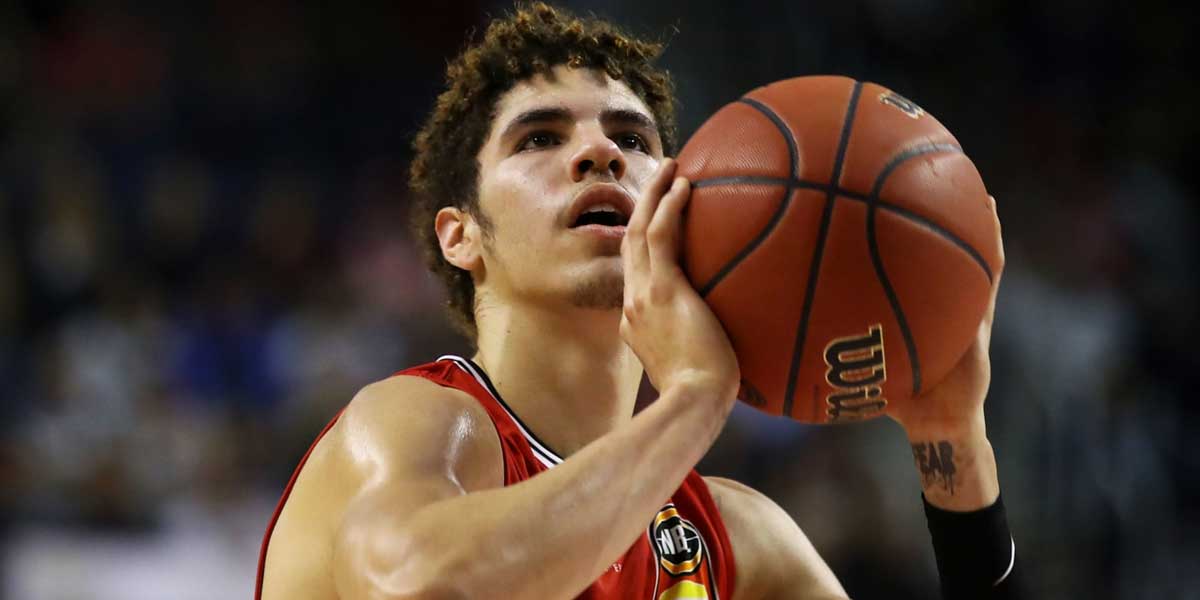 CHARLOTTE – With the NBA Draft now in the rearview mirror, this year’s rookie class can begin looking ahead to their rookie seasons and preparing.

Ahead of their rookie years online sportsbooks have odds on both who will be the Rookie of the Year as well as player props for their stats on the season for LaMelo Ball, Anthony Edwards, and James Wiseman.

Sitting at the top of the Rookie of the Year odds boards is LaMelo Ball and rightfully so. Ball is coming into the NBA with professional experience under his belt from the NBL in Australia as well as in Lithuania.

Ball’s past experience will certainly help him more in the long run.

Something else to take into consideration is the supporting cast around these rookies. LaMelo Ball is being set up for stardom early on as he is going to a team that had no All-NBA talent on it last season and will more than likely shift into the starting lineup at some point in the season.

As for Anthony Edwards, he is joining a team that has Karl-Anthony Towns and D’Angelo Russell who both averaged north of 21 ppg last season which could take away opportunities from Edwards on both sides of the ball.

Looking at Wiseman, he seems to have a better shot than Edwards as he will likely start the season holding down the center spot. However, he won’t get much offensive opportunity as he is seen as more of a rebound and kick-out option for the sharpshooter on the Warriors like Steph Curry.

With that said, LaMelo Ball is set up to gain more opportunities and become the go-to option on this Hornets team which certainly makes his NBA odds look more appealing.

Looking at Ball’s projections for the season, as mentioned before, he is being set up for greatness on this Hornets team on the offensive end.

He is coming off of a season in the NBL where he averaged 17 ppg and 6.8 apg playing with professionals.

With that being said, Ball should have no problems in hitting the Over here in both props.

Wiseman has a legit chance to hit the Over on both categories as well. It is all thanks to his towering 7 foot 1-inch height that will allow him to pull in rebounds and put-backs with ease.

Wiseman played just three games in college at Memphis where he averaged 19.7 ppg and 10.7 rpg which both clearly hit the Over mark.

Something that will help Wiseman push the Over here is the amount of three-point shots that the Warriors attempt which would leave Wiseman with plenty of chances for a rebound and put back score.

Anthony Edwards is coming off of a spectacular college season where he was able to put up 19.1 ppg as the primary scorer on that Georgia team.

However, he now shares the court with both Karl-Anthony Towns and D’Angelo Russell who are currently the one and two scoring options on this team.

Both of them are coming off of 21+ ppg seasons as mentioned before and are surely coming into this season looking to back that up. That being said, Edwards could be at risk of hitting the Over.