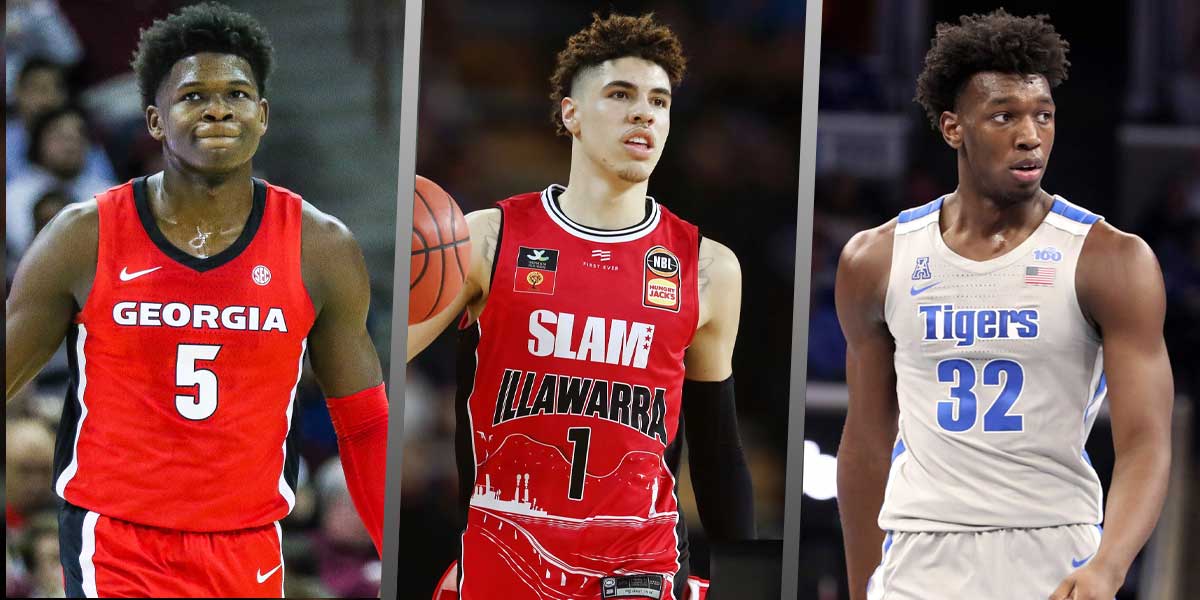 NEW YORK – With the NBA season now in the rear-view window, those bettors who are still itching to bet on the NBA can do so on the NBA Draft. The NBA Draft is set to take place on November 18 and expected to be in virtual form.

With the NBA Draft, online sportsbooks have set plenty of different draft odds for NBA bettors to take advantage of such as odds on who will be the top pick, certain players draft positions as well as how many freshmen and international players will be drafted.

Starting with Anthony Edwards who has the favored NBA odds to be taken with the top pick. There is no doubt that Edwards is a very complete player, but many could question whether or not he would be taken first overall.

There have already been rumors that the Timberwolves could select LaMelo Ball with the number one pick which would certainly put a damper on Edwards odds.

However, Edward would be the best positional fit in Minnesota as the team already has a shoot-first point guard in D’Angelo Russell in which Ball would not fit alongside with and they already have an elite big man in Karl-Anthony Towns which shuts down any indication of them picking James Wiseman.

With the rumors indicating that Ball is headed to Minnesota, bettors can certainly take the risk and bet on his odds but for those expecting the Timberwolves to play it safe with who’d fit best, easy Anthony Edward’s odds could be taken with no hesitation as well.

Looking at the other NBA Draft prop bets, there are odds on where certain players could be drafted.

Starting with Anthony Edwards who is favored to go with the top pick, his draft position mirrors that as well.

This could be one of the trickier bets to make as there has been speculation on both sides where some see Edwards going first and others see the Timberwolves going in another direction. Bettors can take the risk here and be met with a nice payout. Also, for reference, seven out of ten NBA mock drafts on NBA.com have Edwards going with the top pick.

Wiseman is in an interesting position here as mock drafts do not have him being taken with the first pick at all but being that the Golden State Warriors have the second overall pick, he could be taken there as they are in need of a dominant big man.

Also, the Warriors have been rumored to not be interested in either Edwards or Ball as well. Three out of ten mock drafts have Wiseman going second to the Warriors.

There is money to be made betting on LaMelo Ball’s draft position here as well. Although the Timberwolves have already been linked to drafting Ball with the top pick, there is still a chance that they go the Anthony Edwards route.

If they do, the Warriors have also been linked to having no interest in Ball which would leave him outside of his draft position. Seven out of ten mock drafts have LaMelo Ball inside of the top two picks.

With that being said, he is favored to go outside of the top four picks and seven out of ten mock drafts all agree with that as well.

Aside from betting on who is going to be the number one overall pick and the different draft positions for different players, there are also odds at online sportsbooks on how many freshmen and international players will be drafted in the top ten.

Of all of the mock drafts on NBA.com, there have been six potential freshmen prospects in and out of the top ten. Of the six players, there have been three that are in the top ten in every single one including Anthony Edwards, James Wiseman, and Onyeka Okongwu.

There are players like Isaac Okoro, Patrick Williams, and Cole Anthony who have shifted in and out of the top ten in different mock drafts.

Betting on the over here could turn out beneficial if all six players see the top ten.

In all of the drafts, there have been three players linked to the top 10. Starting with LaMelo Ball who opted to play overseas in Australia due to the fact that he was not eligible for NCAA basketball.

Deni Avdija of Maccabi Tel Aviv has also been in the top-10 in every mock draft as well as Killian Hayes of France.

These three are sure to crack the top ten but there aren’t many other international prospects that are highly sought after. The only other player that could help push the over could be R.J. Hampton who opted to play in New Zealand rather than go the college route as he has been in and out of the lottery.