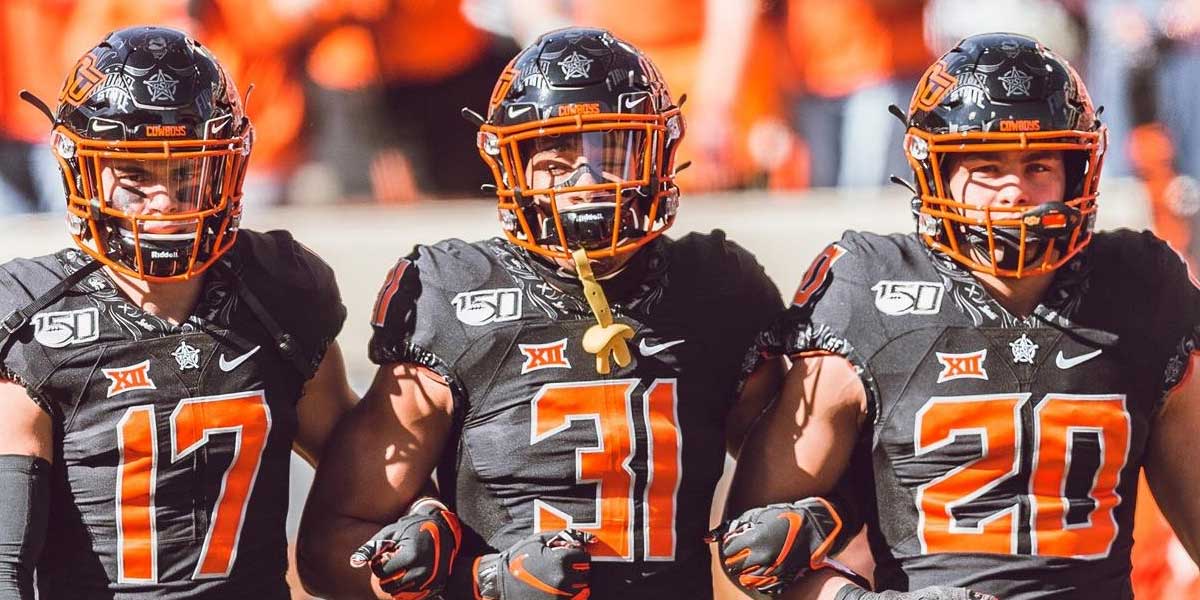 CLEMSON, S.C. — With college football going at full speed, there are 19 games in Week 9 that will feature a top 25 team.

Online sportsbooks offer different betting odds for all of the games that feature top-25 teams such as the standard moneyline, spread and game total bets. They also offer different prop bets on the games as well.

Kicking off college football Saturday will be the number 1 team in the country, Clemson, as they take on Boston College. The two teams have faced off 29 times in history and it has been all Clemson as they have won 18 games to BC’s 9 while there have been two ties. Not to mention, Clemson has also won the last nine matchups between the two.

Looking at the game, arguably the best quarterback in all of college football, Trevor Lawrence, will not be suiting up as he has tested positive for COVID-19 which means they will turn to a true freshmen quarterback in D.J. Uiagalelei which could give Boston College the momentum they need to pull off an upset.

Also kicking off the weekend will be the fifth-ranked Georgia Bulldogs as they take on Kentucky. Georgia is heavily favored for a reason as they are one of the strongest teams in the nation.

The two teams have faced off 73 times over the years and Georgia has absolutely demolished them as they have won 59 games including their last 10 meetings while Kentucky has won 12 with two ties as well.

In the AAC, Cincinnati will be taking on Memphis for their 37 all-time meetings. Memphis holds the upper hand thus far in the series as they have won 23 games while Cincinnati has won 13.

Memphis could also have the upper hand here in defeating the odds as they have won the last five meetings. Something to keep in mind, however, in Cincinnati’s favor is that Memphis is 0-5 against the spread in their last five games as a road underdog.

One of the oldest rivalries in college football between Michigan and Michigan State will take place for the 112th time in Week 9. Michigan has the upper hand in the rivalry as they have won 71 games to the Spartans 36. There have also been five ties.

Looking at the Over/Under when Michigan takes the field, the Over is 5-1 in Michigan’s last six games after they win their previous game against the spread.

Kansas State and West Virginia will face off for the 11th time in history and it has been very close as they have each won five games in the series including West Virginia’s current four-game win streak.

West Virginia is seen as the favorite on college football betting sites despite being unranked while Kansas State is 16 in the nation. Looking at the head to head trends, the Under is 4-0 in their last four meetings in West Virginia and is 8-0 in their last eight overall meetings.

These two teams will face off for just their fourth meetings against one another. Georgia State does hold the upper hand here as they have won two games to Coastal Carolina’s one.

Rounding out the early afternoon games will be the 100th meeting between Iowa State and Kansas and it is shaping out to be all Iowa State here. Kansas leads the series as 50-43 while there have been 6 ties.

However, Iowa State has had a tight hold here as they have won the last five games. Something to keep in mind while betting on Iowa state is that they are 5-1 against the spread in their last 6 games against a team with a losing record.

Notre Dame will be taking on Georgia Tech to kick off the late afternoon games.

The two teams have faced off with each other 35 times in the past and Notre Dame has really taken control as they have won 28 of those games to Georgia Tech’s 6 while there has been one tie so it is no secret as to why the Fighting Irish are heavily favored. Notre Dame is 4-0 against the spread in their last four games as a road favorite.

Capping off the 3:30 p.m. games will be the seventh overall meeting between Indiana and Rutgers where Indiana is a heavy favorite. Indiana leads the series 4 games to 2 in which they are on a four-game win streak.

This will be the 34th meeting between the two Big 12 powerhouses. Texas leads the series by a wide margin as they have won 25 games to Oklahoma State’s 9.

Kicking off the early evening games will be Boise State and Air Force as they will meet for the ninth time. Boise State holds the advantage here 5-3 and has also won their last three meetings between the two from 2017-19.

When betting on Boise State, bettors should keep in mind that they are 4-1 against the spread in their last five games as the favorites.

This will mark the 103rd time that Alabama will take on Mississippi State. Alabama has been overwhelmingly strong here as they have won 82 of their meetings while Mississippi State has one just 18.

Alabama has won the last 12 meetings. In their last five meetings, Mississippi State is 1-4 against the spread.

This is one of the more competitive rivalries in the Big 10 as Ohio State and Penn State have faced off 34 times with Ohio State winning 20 games while Penn State has won 14.

When betting on this rivalry, college football bettors should keep in mind that the home team is 5-2 against the spread in their last seven games.

Both Texas A&M and Arkansas have faced off with each other 76 times. In their 76 meetings, Arkansas has won 41 of those games while Texas A&M has won 32. There have been three ties as well in the series.

Arkansas is 6-0 against the spread in their last six games overall. The under is 4-0 in Texas A&M’s last four games as a favorite.

This will be the 12th time that these two teams face off with each other. The Gators have the advantage here in this one 9-2 but it is Missouri who has won their last meeting in 2016.

SMU and Navy will be facing off for their 22nd meeting in Week 9 of college football. Navy actually holds the advantage here 13 games to SMU’s 8.

This will mark the 126 time that North Carolina and Virginia will face off. North Carolina leads the series as they have won 64 games to Virginia’s 57 and there have also been 4 draws.

There have been a total of 27 meetings between Oklahoma and Texas Tech and Oklahoma has really taken control in the series where they have won 21 games to Texas Tech’s 6. When betting on the game, the Over is 8-1 in their last game and the home team is 12-2 against the spread in their last 14 games.