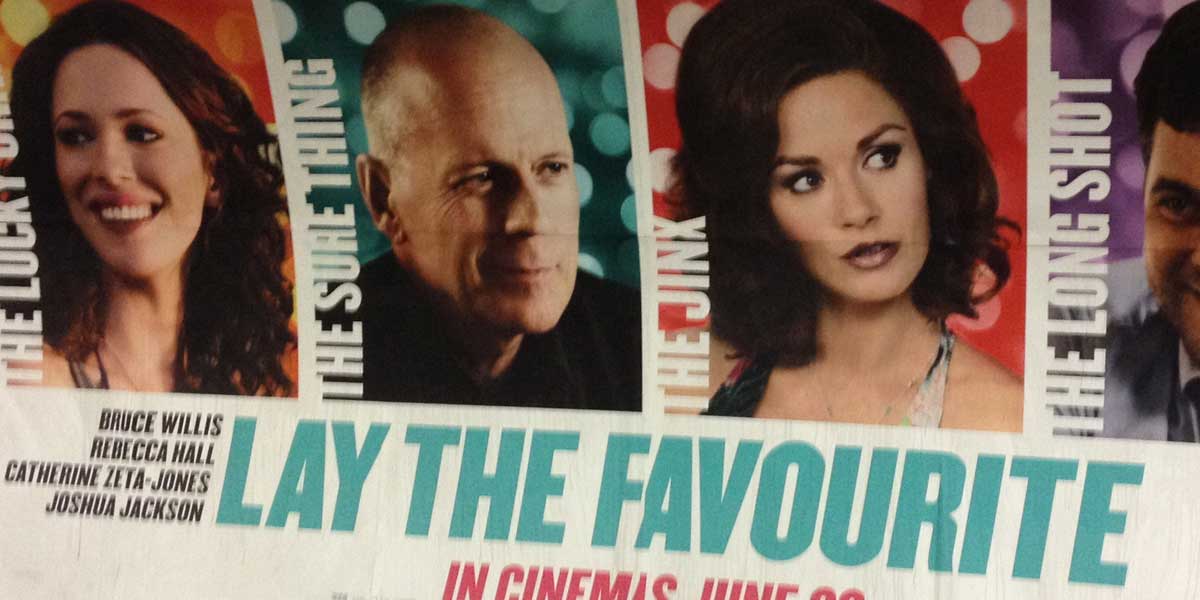 LOS ANGELES – 'Lay The Favorite,' a movie about sports betting starring Bruce Willis currently has a lawsuit pending against it.

The film, which came out in 2012, features many scenes where a map of Curacao is shown in the background. The creator of the map, Victor Baker, is suing both Netflix and Amazon who are the distributors of the film. Penguin Random House LLC is also named in court documents as the official producer of the movie.

The lawsuit is just coming to light now because Baker only recently viewed the movie although it’s been eight years since it first premiered. The cinematic feature highlighting sports wagering was a cinematic flop at the box office, taking in less than $21,000. However, Baker is seeking much more than that in his lawsuit.

The Lawsuit Is A Straight Flush

According to Baker, his information can be clearly seen through movie stills in the bottom-left corner. He maintains that Random House should have contacted him using that information to seek his permission before using his work.

“He has a lot of maps, and gets ripped off all the time,” said Justin Michael Welch, Baker’s attorney. “He’s just trying to make sure people don’t use his stuff for free.”

Baker is based out of Austin, Texas, where he filed all of the proper documentation with the courts. He has stated that his map of Curacao was copywritten in 2009 by the U.S. Copyright Office. This allows him to sue for infringement of the unauthorized use of his work for $30,000 with each infringement or a total of $150,000 should the infringement be found to be true.

In accordance with copyright laws, Baker would receive the $150,000 as his work was copywritten years before it was used.

The lawsuit against all three companies, Random House, Netflix, and Amazon, is strictly on the grounds of copyright infringement. Baker would like all attorney fees and costs to be covered by the businesses as well as damages and injunctive relief.

USAOnlineSportsbooks.com found the cost to make the film was $20 million. Since 2012, it’s made a total of $1,576,687 at the box office. In court documents, Baker would like to be paid the $150,000 in damages, or what would have been the standard fee to use his work. Until the issue is settled, he is asking the courts to stop the distribution of the film.