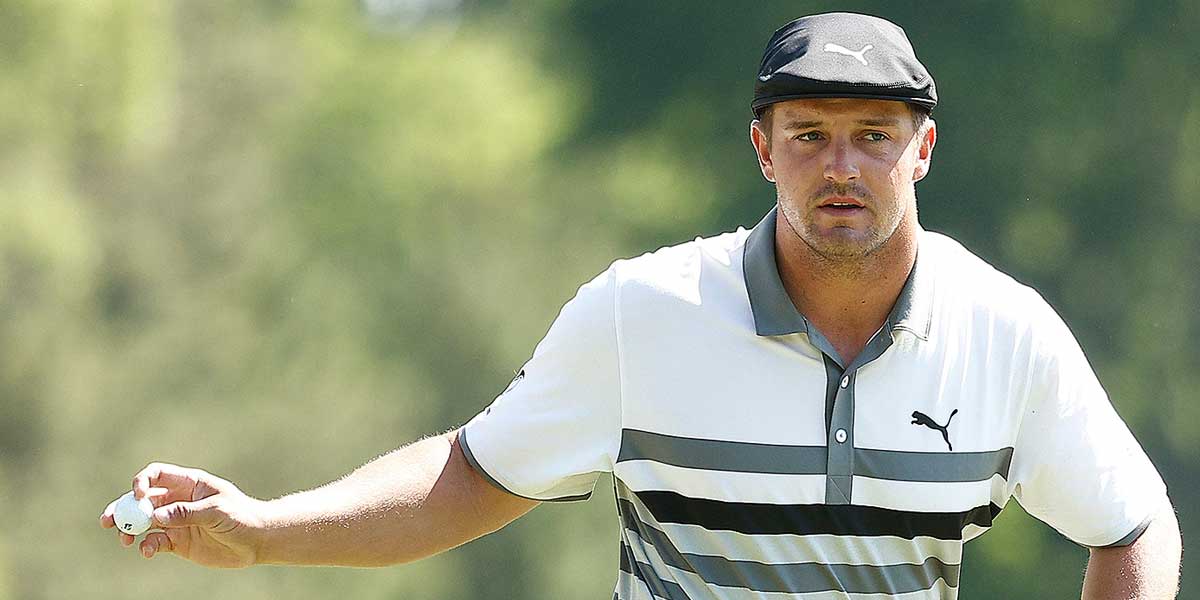 MCKINNEY, Texas – The PGA Tour heads to a brand new stop this week as the best players in the world travel just north of Dallas, Texas for the AT&T Byron Nelson at TPC Craig Ranch.

The field isn’t at full strength this week with many players preparing for the PGA Championship, but the field still features tremendous star power at the top of the betting board.

Those looking to wager on the tournament this weekend can find full odds and betting lines at all of the major online sportsbooks, where Bryson DeChambeau holds the shortest odds to win the event.

Following a top-five finish at the Wells Fargo Championship, Bryson DeChambeau finds himself back on the top of the oddsboard with +850 odds to win this week.

DeChambeau will be returning to the state of Texas, where he won numerous colligate and amateur titles as a member of the SMU Mustangs golf team.

This 7438 yard-long course suits DeChambeau’s game very well. Bryson will be able to bomb his way to the large greens on the majority of Par 4 and Par 5’s, with plenty of landing room to work with.

Despite some disappointment at the Masters, DeChambeau currently leads the Tour in average driving distance (322.1), scoring average (69.67), and most importantly, FedEx Cup points.

With his length off the tee, DeChambeau also leads the Tour in Strokes Gained: Tee to Green with an average of 1.877 strokes gained per round.

The issue for Bryson has largely been his wedges, but he still leads the entire Tour in Total Strokes Gained with a per round average of 2.488.

With all of these leading statistics, DeChambeau has all of the tools to perform at a high level this weekend.

Those looking to bet on the PGA Tour this week should try to get Bryson somewhere on their betslip, hopefully for a better price than he is currently available for.

Paying +850 for anyone is steep when it comes to golf betting, so those looking to wager on DeChambeau should try to wait until his price creeps up into the +1200 or better range following a tough hole or weak first round.

After all, DeChambeau scored a top-five finish last week after flying home from the tournament thinking he had missed the cut, proving that anything can happen down the stretch of a tournament.

Those looking for someone other than Bryson should focus on Texas-native Scottie Scheffler, who is available for +1600 pre-tournament.

Scheffler possesses something this week that few others in the field do: course experience.

Scheffler has been playing at this course since he was in the 7-9 year-old local nine-hole contests cutting his teeth on the game of golf. He also notched a T-25 finish here as a 17-year-old, beating the likes of Martin Kaymer in the same month he won the US Open.

Scheffler has already shown that he plays well in Texas with his second-place finish at the Dell Tech Match Play event a few months back. He is a safe bet this week to do the same in front of his home fans.