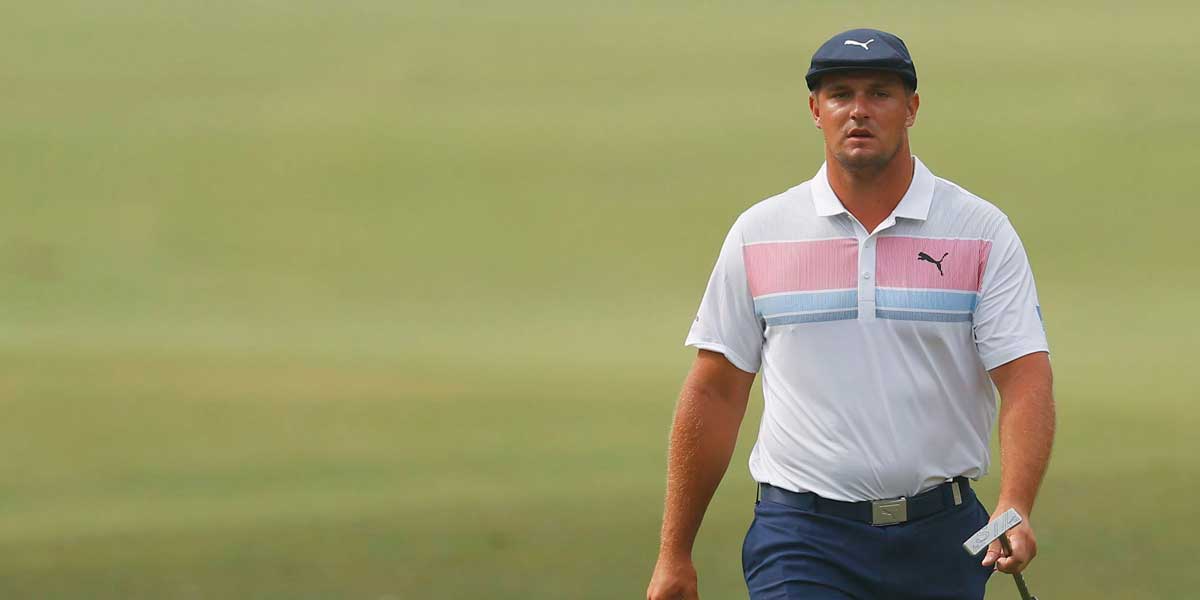 AUGUSTA, Ga. – Bryson DeChambeau, the mad scientist of the PGA Tour, is one of the favorites to win The Masters.

DeChambeau has not had a good history at Augusta National, but he is still near the top of the odds boards to win The Masters in 2021.

His strengths as a golfer are obvious - he leads the PGA Tour in average drive distance as well as scoring average, and he won the 2020 US Open.

One of the most intriguing players on the tour, DeChambeau’s reputation has led sportsbooks to place all sorts of odds on his performance at The Masters.

DeChambeau’s prowess off the tee is well known, with his brute strength allowing him to crush balls beyond what any of his peers can accomplish.

His average drive distance is 320.8 yards, which is well shy of this O/U line, but the line is within reach for DeChambeau.

He’s hit up to 428-yard drives before, but still, the Under might be a better bet here.

The fact that expectations are this high for DeChambeau’s driving prowess is outrageous - no other golfer would break 400 on an O/U line.

Just as DeChambeau’s power is legendary, so too is his ability to struggle a bit on the green.

That 428-yard drive? He ended up making a bogey on that hole after his mid-range and short-game failed him.

The odds for this prop favor the idea that DeChambeau will fall victim to a similar mistake at some point during The Masters, with Over 5.5 Strokes having -500 odds.

Will Bryson make an Eagle?

When everything goes right for Bryson, it really goes right, and someone who can hit the ball as far as he can is always a threat to make an Eagle.

The online sportsbooks agree, giving the hardest hitter on the tour -215 odds to make an Eagle during the course of The Masters.

Will Bryson score 10 or higher on any hole?

This last prop is more for fun, as the idea of DeChambeau actually scoring a 10 or higher is a bit ridiculous. The odds, of course, reflect this, with no odds even being given on No - you simply cannot bet on him.

Anyone expecting a once-in-a-lifetime screwup from DeChambeau could benefit heavily if it happens, however.

Golf betting fans have a lot to look forward to as The Masters edges closer, and these props are just some of the ways to wager on The Masters.