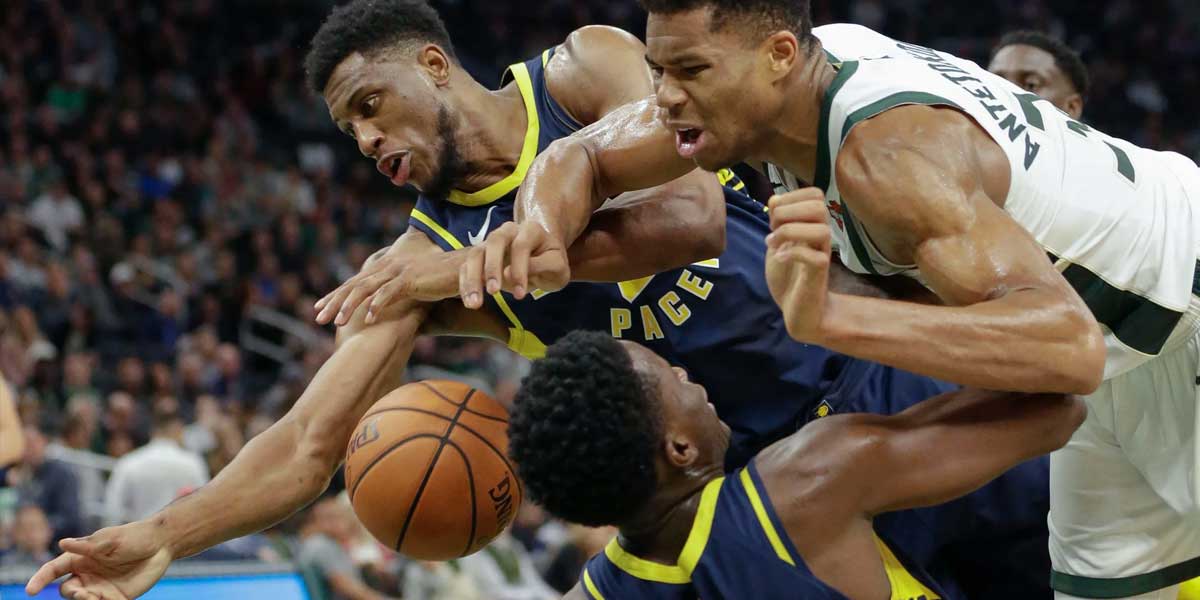 MILWAUKEE – The NBA season is starting to end as winning teams start to position themselves for a successful postseason run. Tonight, two playoff teams will face-off as the Indiana Pacers (37-24) take on the Milwaukee Bucks (52-9).

The Pacers have won four straight games coming into this game but will be without starting shooting guard Victor Oladipo for the second straight game with a sore right knee.

The Pacers-Bucks have already played each other three times this season with Milwaukee claiming two victories and the Pacers only winning one of the three matchups. The Bucks have been arguably the best team in the NBA this season and are tied with the Los Angeles Lakers at U.S. sportsbooks at +225 odds to win the 2020 NBA Finals.

Milwaukee is an 11-point favorite to end the Pacers winning streak and betting on the Bucks to cover tonight might be the best option if going ATS. Indiana has a 31-27-3 record ATS while Milwaukee can be trusted a little bit more ATS with a 35-26 mark. A small but notable trend for NBA bettors.

The total for this game is 222 and the Bucks are the highest-scoring team in the NBA averaging 119.1 points per game. The Pacers offense will likely have problems matching up with the size and length of Milwaukee. Take the Under in this matchup because in five of the last six meetings between the Pacers-Bucks the Under has been the winner.

Player Prop of the Game – Giannis Antetokounmpo to have 35+ points and MIL wins (+200).

Giannis Antetokounmpo is likely on his way to winning back-to-back MVP awards as Milwaukee owns the best record in the NBA and the sixth-year veteran is averaging 29.6 points, 13.8 rebounds, and 5.8 assists.

After a dismal performance against the Miami Heat expect Antetokounmpo to get back on track with at least a 30-point outing tonight which makes the dice roll on the +200 odds for Giannis tonight worth it.

The Pacers have no one on their roster that will be able to contain the Greek Freak which should allow him to score at will.

The next time the Milwaukee Bucks will be in action is on Friday when they travel West to take on the Los Angeles Lakers. The Pacers will continue their five-game road trip with a matchup against the Chicago Bulls.

Tip-off for the Pacers-Bucks game will be at 7 p.m. ET and will be broadcasted by ESPN.