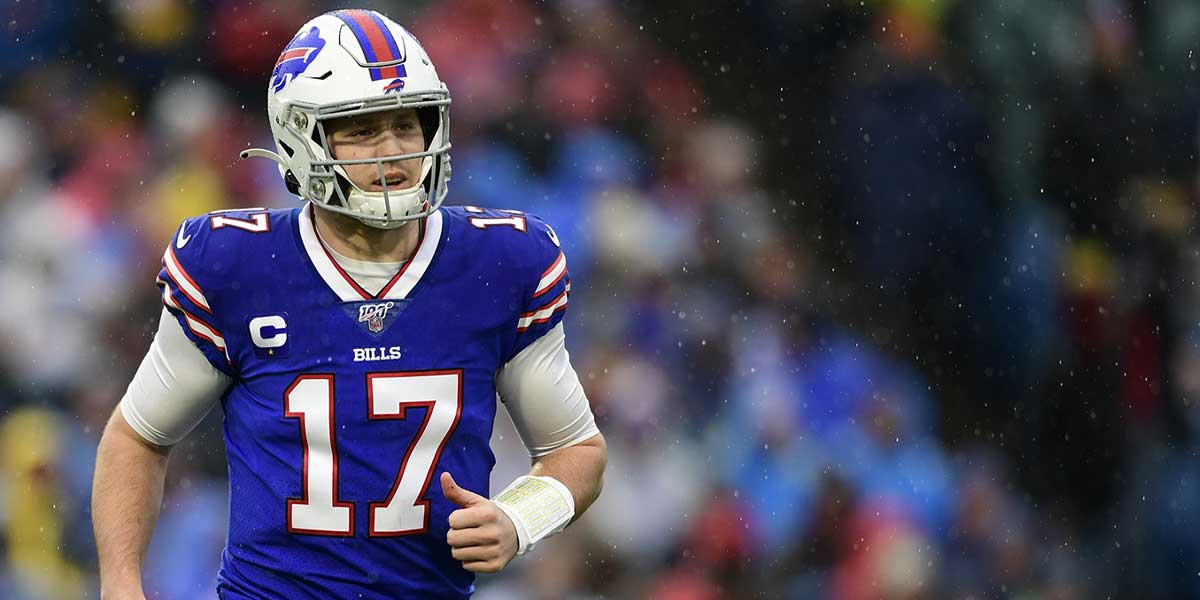 BUFFALO, N.Y. – Despite the strong performance of the Buffalo Bills and the career performance of QB Josh Allen, Allen still has only longshot odds to win NFL MVP.

Allen has led the Bills to a 7-3 record, third-best in the league and number one in the AFC East. He is also third in total touchdowns and second in yards thrown this season with a top-five QBR rating.

Even with his impressive performance, sports bettors are leaning heavily on other players to win league MVP but could Allen be sneakily the best longshot bet at USA online sportsbooks?

The current favorite is for NFL MVP is reigning Super Bowl MVP Patrick Mahomes. With the Kansas City Chiefs holding a record of 9-1 and Mahomes’ consistent play, it makes sense that sports bettors are leaning heavily in his favor.

Mahomes has thrown for 2,687 yards, having 25 TD’s to just 1 interception, and a QBR rating of 84.6. The young star QB’s short odds to win MVP are beyond validated.

While the Mahomes has the edge in individual play and team success so far, the season is still ongoing, and Allen could manage to have better numbers than Mahomes by season's end.

Within the next two games, the Bills face the LA Chargers and the San Francisco 49ers. Both teams are struggling this season, giving perfect games for Allen to up his stats.

Mahomes on the other hand will have tougher competition in his next two games. The Chiefs face the Las Vegas Raiders – the only team to beat them so far this season – and the Tampa Bay Buccaneers, who has one of the best defenses in the league.

If Mahomes has a bad next few games, and Allen manages to shine, the Bills QB’s longshot odds may shorten.

Although NFL bettors are also leaning on the play of Russell Wilson, who was the early favorite to win, Allen has outplayed Wilson in the last few games.

While his odds remain shorter than Allen’s, voters are taking note of the blunders Russell Wilson has suffered. Allen could win over voters by remaining consistent while the competition hurts themselves.

Josh Allen may remain a longshot bet to win NFL MVP this season, but if he can manage to continue winning, sports bettors who take the long odds on Allen may cash in big on the upset at the end of the season.