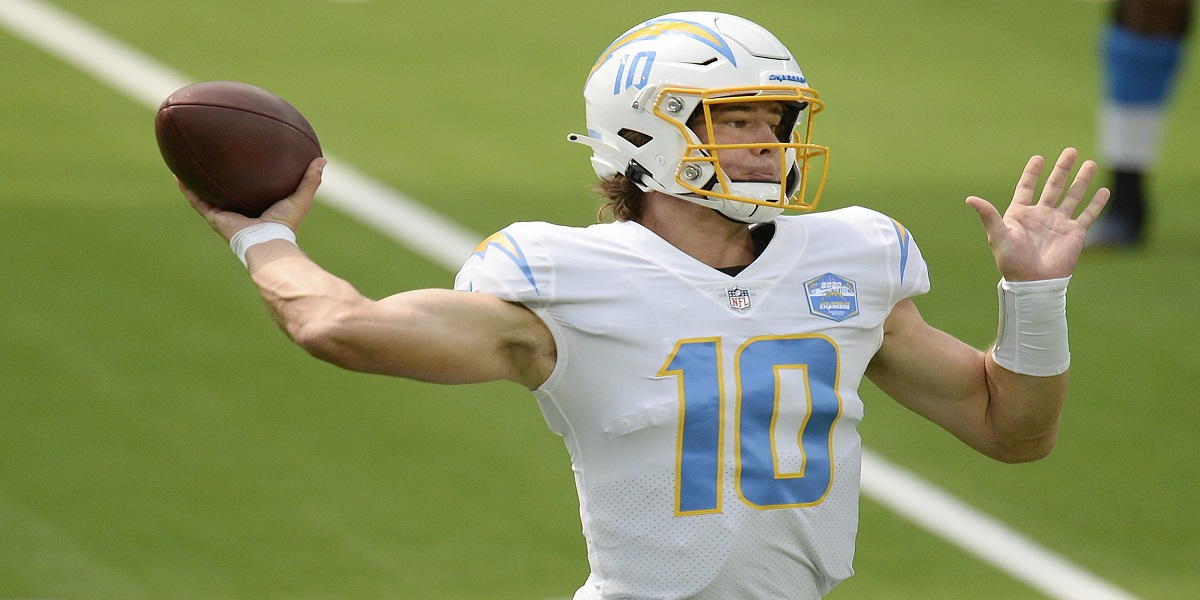 CINCINNATI – Week 11 started as a promising day for the top three rookies in the league. However, only one emerged a winner on the day and on the 2020 Rookie of the Year odds boards. That winner was Justin Herbert.

Herbert finished the day having thrown for 366 yards, three TDS, and no interceptions. While he did play against the winless New York Jets, he still electrified the field and impressed many who are betting on the NFL this season.

Coming into Week 11 he was already favored to win the 2020 Offensive Rookie of the Year. When he played against Tua Tagovialoa and the Miami Dolphins, he had the shortest odds to win the award followed by Joe Burrow (+120), Tagovialoa (+1000), and Justin Jefferson (+2500).

After the day, two of his top competitors may be out.

Joe Burrow suffered a season-ending torn ACL while playing the Washington Football Team. While many were speculating on the injury, Joe Burrow announced via Twitter his status.

Thanks for all the love. Can’t get rid of me that easy. See ya next year✊

With Joe Burrow out, the next to take on Justin Herbert would’ve been Tagovialoa. However, after suffering what was thought to be a leg injury, he was pulled out of the game and sidelined during the Dolphins' loss to the Denver Broncos.

Head Coach of the Miami Dolphins Brian Flores assured reporters after the game  that Tagovialoa was, in fact, not injured and rather he felt Ryan Fitzpatrick gave the team the better chance to win. He also went on to say Tagovialoa was going to be the starter moving forward.

But, Tua Tagovialoa has only started four games this season whereas Justin Herbert has started nine games. Justin Herbert’s stats will almost certainly look better at the end of the year based on that fact alone.

The severity of Tagovialoa’s injury won’t be seen until the following games, but the effect of his health coming into the season and now is still in question.

The only other rookie to give Herbert a run for his money at this point is wide receiver, Justin Jefferson. His longshot odds at online sportsbooks can’t be overlooked. Jefferson was able to record 86 receiving yards on three receptions and a touchdown against the Dallas Cowboys this weekend.

However, Jefferson doesn’t see the ball nearly as much as Herbert and plays for a run-first team in the Minnesota Vikings.

This makes Justin Herbert almost certainly a lock for the award. The only thing that can hold him back now is if the injury bug bites him. Knock on wood that doesn’t happen.