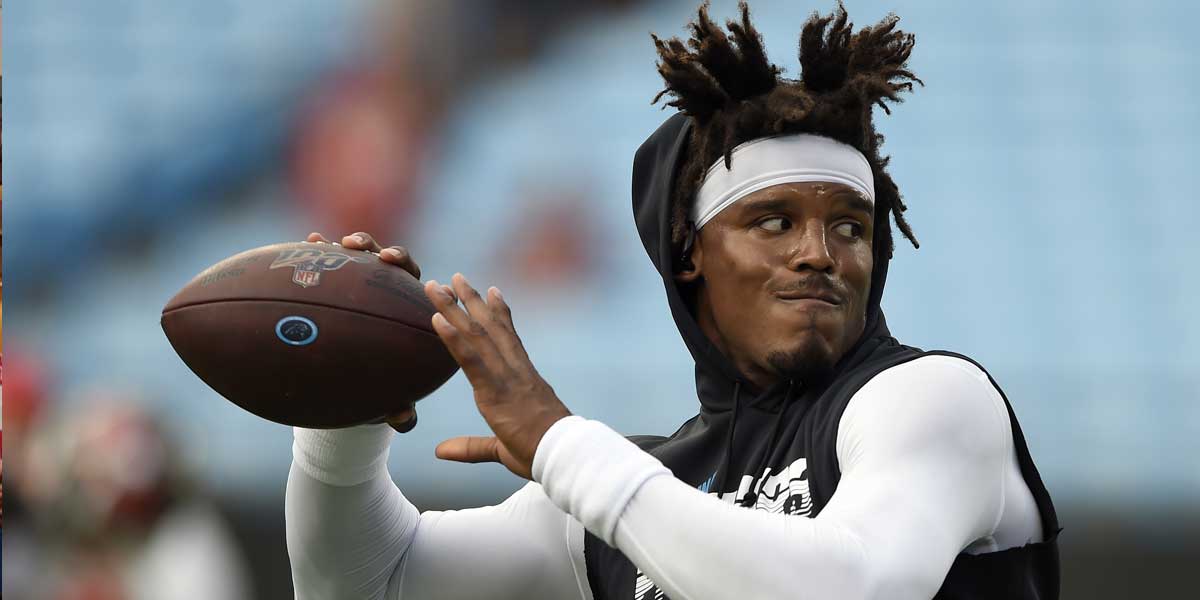 FOXBOROUGH, Mass. — The wait is finally over for Cam Newton as he has inked a one-year deal with the New England Patriots. The Patriots were in the market for a starting-caliber quarterback after Tom Brady’s departure and who better to fill that role than a former MVP.

With the signing of Newton, many different odds listed on online sportsbooks have shifted.

The odds that have shifted include the AFC East odds, AFC Championship odds, and Super Bowl odds, as the books have also listed odds for who will be the Patriots starting QB come Week 1 of the regular season.

Newton is clearly the favorite here as he is the most proven option amongst the three and has an MVP under his belt to back him up.

Bettors should not look any further than Cam Newton for the starting job and take his odds with no hesitation for an easy payout.

Now that Cam Newton has made his way to New England and the AFC, he has shifted the odds to both the AFC East as well as the conference championship.

The New England Patriots AFC East odds have shifted them all the way as the favorites to win the division with +110 odds.

Bettors should not be blindsided here as the Patriots still downgraded from Tom Brady. Not to take away anything from Newton as a player but he also only played two games last season and will need to transition into the Patriots offense still.

Bettors should look to take the longer odds situation on the Buffalo Bills and enjoy the nice payout that would come with it.

As for the AFC Championship odds, the Patriots odds have shifted from +1100 odds and the fifth spot on the odds board to +700 odds and the third spot on odds boards behind only the Kansas City Chiefs at +300 and the Baltimore Ravens at +333.

This is a very risky bet to make as again, it is Newton's first year in a new system which he will need time to adapt.

The New England Patriots have opened up the Super Bowl betting odds in the middle of the odds board at +2200. With the Signing of Newton, oddsmakers have skyrocketed them all the way up to the top five on the odds board at +1200 odds.

This is a monumental odds shift for an NFL team that added a quarterback who barely played last year.

Belichick has proven himself as a Super Bowl winning coach but that was also with arguably the greatest quarterback of all time.

To make things even worse, their odds are tied with the New Orleans Saints who have one of the most explosive offenses in the league.

Bettors should look ahead of the Patriots when betting on the Super Bowl winner but many other New England Patriots betting odds look like an easy payout.