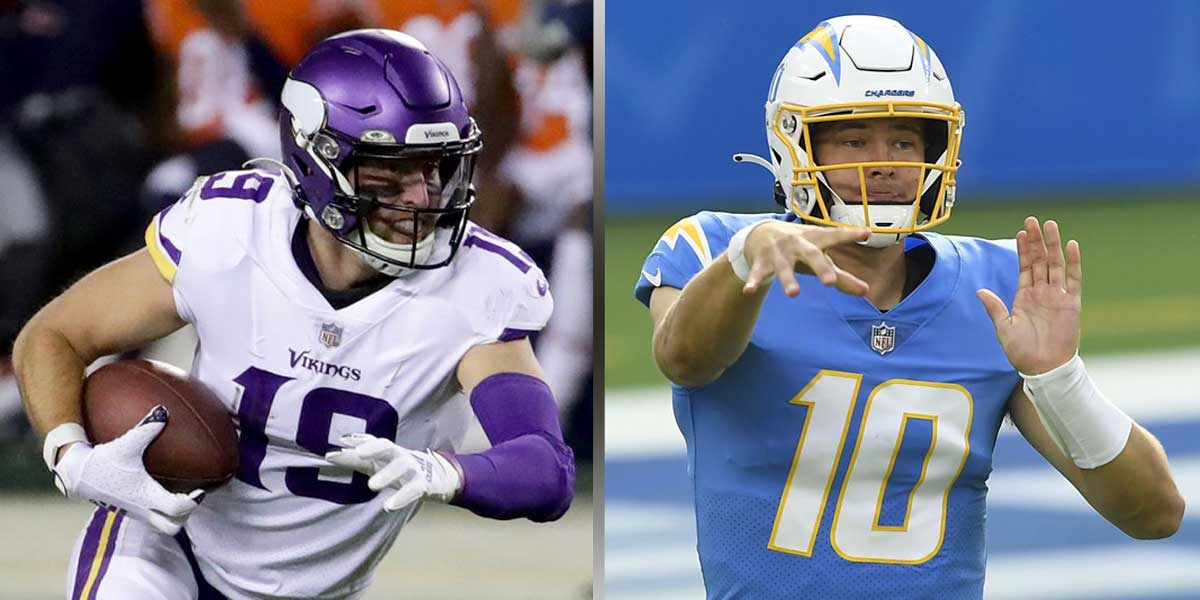 MINNEAPOLIS – With the NFL regular season now on the back end of games, NFL bettors can begin looking at the regular season awards such as the Offensive Rookie of the Year award.

Justin Herbert is the heavy favorite to win the award on online sportsbooks being that he has proven many doubters wrong from the moment he took his first snap under center for the LA Chargers. However, Justin Jefferson has certainly made his case to win the award much stronger as he has been showcasing his explosive capabilities.

Offensive Rookie Of The Year Odds

Offensive Rookie Of The Year Odds

There should be no doubts as to why Herbert is the favorite as he could easily be considered a top-10 quarterback now in his rookie season.

On the year, Herbert has already put up 3,015 yards which is good for eighth in the league and 23 touchdowns which is tied for seventh-most. Some of his most notable games include his debut game where he went for 311 yards and a touchdown, his Week 7 win where he put up 347 yards and three touchdowns against the Jaguars and also his Week 11 game against the Jets where he threw for a season-high 366 yards and four touchdowns.

Justin Jefferson, however, has made a strong case to win the award as well as he has put on an offensive clinic this season which is certainly why he has the second shortest NFL odds.

Jefferson has totaled 918 yards on the year thus far which is the seventh most amongst receivers this season and has also put up six touchdowns. In his 11 games this season, four of them have seen over 100 yards as well.

Being that there are five games left in the season, anything can happen between Herbert and Jefferson as both of them have made major impacts on their teams.

Both Antonio Gibson from Washington and Chase Claypool from the Pittsburgh Steelers could certainly make a case as well as Gibson has marked himself as the RB1 for Washington as he has put up 645 yards and 11 touchdowns on the season which is the third most amongst running backs in the league.

Claypool has also made a huge difference on the Steelers as he has put up 559 yards and eight touchdowns which is tied for the sixth-most on the year.

For those NFL bettors looking for a profitable bet to make here, although Herbert is the heavy favorite, there are some great options to choose from in the field.