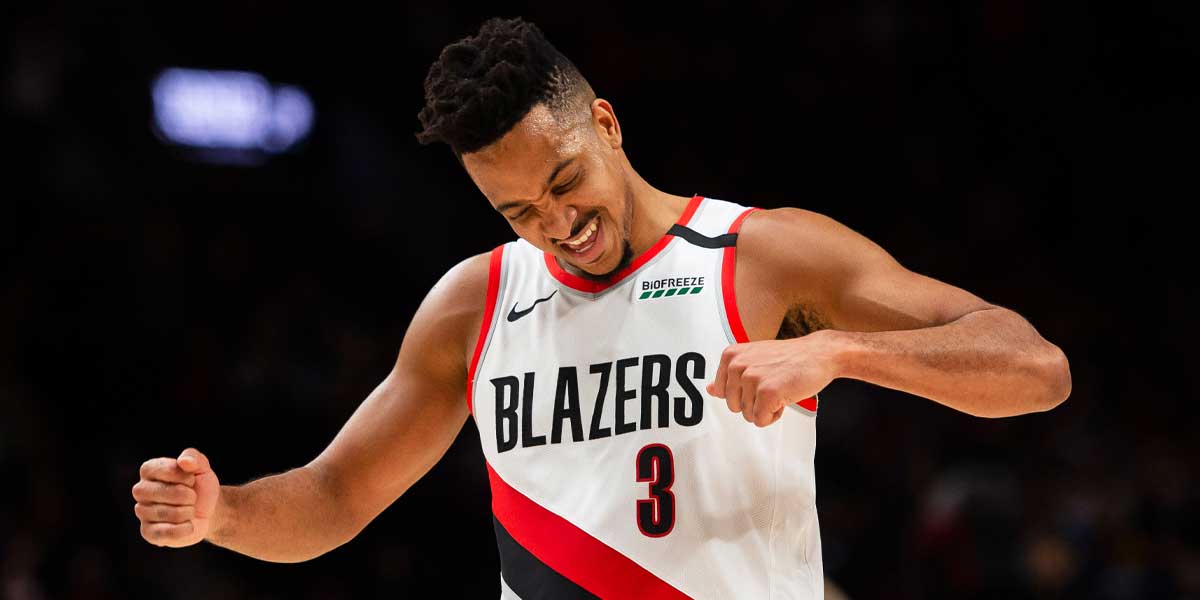 ORLANDO, Fla. - Sports bettors are taking action on the potential successes of the Portland Trail Blazers. Damian Lillard was dominating before the season went on hiatus, and now key figures have been able to recover from injury and rejoin the team.

The long-shot odds on the Blazers may be more appealing now with everyone able to rest and be fully healthy when the league returns.

The Blazers team that will be resuming the season is an entirely different team than the one who was struggling to stay in playoff contention.

Even with the return of key players, NBA sports bettors haven’t been jumping on the Blazers bandwagon.

Portland has +6600 long odds to win the Western Conference, putting them near the bottom of the teams competing.

Odds To Win The Western Conference

With the suspended season, injured players like Jusuf Nurkic and Zach Collins have been able to recover and suit up, adding depth to a team that has struggled so far this season.

The Blazers do have the second shortest odds to claim the 8 seed.

Portland is currently in the 9 seed position and is only 5 games behind the current 8 seed Memphis Grizzlies.

With the new play in tournament options the Blazers have a better shot at getting in the play-offs.

Sports bettors are taking action on the Blazers claiming that spot from the Ja Morant-led Grizzlies team before the postseason begins.

Western Conference Which Team Will Be The 8 Seed In West?

Sports bettors are also taking action on Damian Lillard, whose play has kept the Blazers in play-off contention, has prop bets surrounding how well he will perform in the postseason.

Lillard is currently averaging 28.9 points per game and sports bettors are split on if he will be able to maintain this scoring level during the postseason.

Online sportsbooks will continue to have NBA prop bets like these and others leading into the NBA Playoffs.

Taking the long odds on the Portland Trail Blazers may turn out to be a massive win should the Blazers pull the upset.