Skip to content
USA Online Sportsbooks | Sports Betting | Can The Eagles Soar Past The Seahawks at Home? Oddsmakers Say No 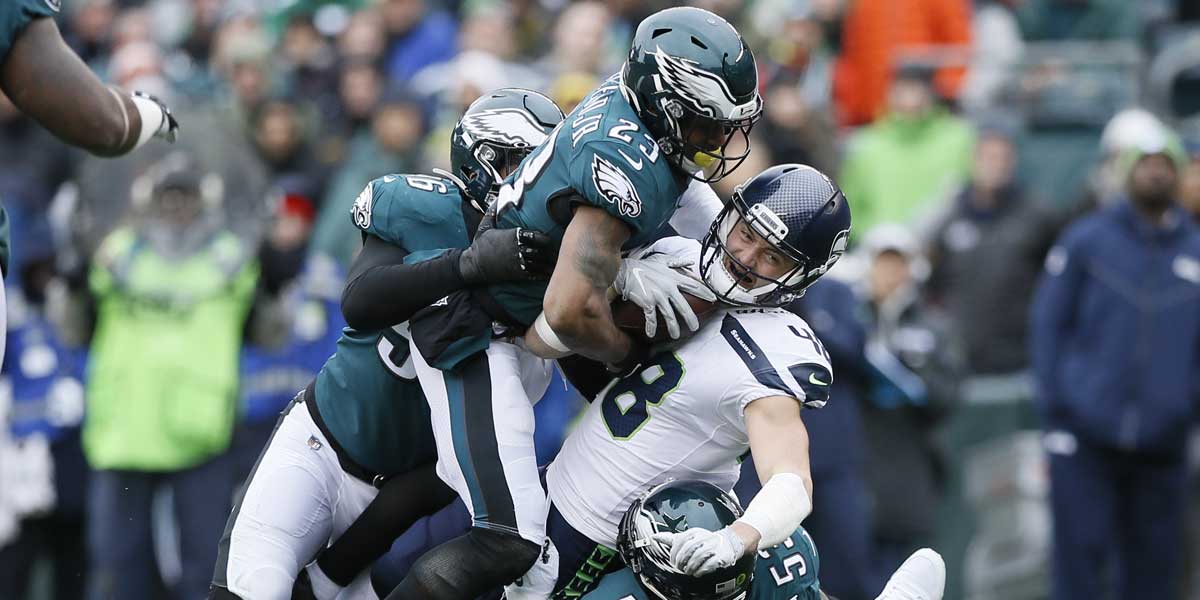 PHILADELPHIA – The Philadelphia Eagles will host the Seattle Seahawks on Sunday in a battle for the Wild Card on the road to Super Bowl 54. The Eagles will hold the home-field advantage, which historically holds some weight in terms of the winner of a game.

But for this squabble of angry birds, which team has the better overall odds for bettors?

Both teams suffered multiple injured players during Week 17 of play. Their first-string rosters have been sacked, so while they may not line up record-wise, they line up just fine due to injuries.

Seattle (-140) lost players from both their offensive and defensive lines when they lost to the 49ers, 26-21 last weekend. Linebacker Mychal Kendricks is out with a torn ACL, offensive Linemen Duane Brown underwent surgery for a torn meniscus, and wide receiver Jaron Brown sprained his MCL.

Philadelphia (+120) lost tight end Zach Ertz prior to Week 17 with an injured rib and lacerated kidney. He has not been cleared by medical staff to play on Sunday. Ertz is a clutch player for Philadelphia.

Offensive linemen Brandon Brooks is out after injuring his shoulder against the Giants last weekend. Other players that remain questionable to play in the game are wide receiver Nelson Agholor, offensive tackle Lane Johnson, and cornerback Jalen Mills.

Seattle is the 2.5 point favorite to win with quarterback Russell Wilson leading what’s left of his team on the field. Despite having a poor performance the last time Wilson played the Eagles, having fumbled and thrown an interception, he has since proved himself to be a star.

The Eagles defensive coordinator Jim Schwartz believes Wilson and his team will come at the Eagles with everything they’ve got because of that game.

“I think this is going to be more of a players’ game,” said Schwartz.

The Eagles have quarterback Carson Wentz starting and plan to utilize him more by getting him out of the pocket. Head coach Doug Pederson has said that they have found success in getting Wentz out of the pocket and will need to find ways to do that in the game against Seattle. If they can, there is no telling how well the Eagles will be able to play.

The game starts on Sunday at 4:40 p.m. EST. and will be televised by the NBC network. Various sportsbooks agree that the Seahawks will enter the house favorite to win.