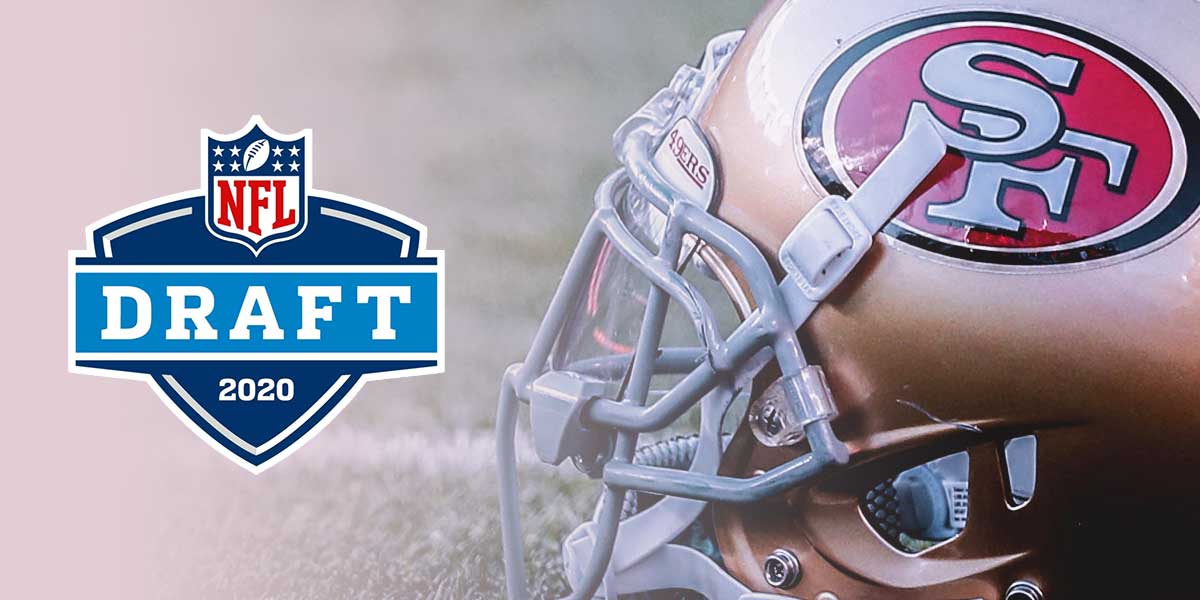 SANTA CLARA, CA – The San Francisco 49ers head into Thursday’s draft looking for new beginnings after their crushing loss to the Kansas City Chiefs in Super Bowl 54. An already great team, the Niners are looking to bolster their roster with two picks in the first round, hoping to climb that elusive Super Bowl mountain once again.

The 49ers already made a huge move early in the offseason, trading much loved defensive lineman DeForest Buckner for the 13th overall pick from the Indianapolis Colts. What the Niners plan to do with that pick remains undetermined, but oddsmakers have pinned their predictions.

As far as which side of the ball that player will come from, online sportsbooks expect the Niners to help out Jimmy Garoppolo and bolster the offense.

Those looking to wager on the draft need not worry, as the Niners seem to have their first pick pinned down to a few select players.

Upon closer analysis, it would appear the 49ers are eyeing a wide receiver with the 13th pick. Latest mock drafts have the 49ers taking one of the three elite wide receiver products high up on the draft board. Those draftees include the Oklahoma Sooners CeeDee Lamb, or one of the dynamic duo from the Alabama Crimson Tide, Jerry Jeudy or Henry Ruggs III.

It is most likely that the Niners select whichever of these receivers is left at number 13. Jerry Jeudy’s draft position odds have him right at 11.5, while Lamb and Ruggs III follow close behind at 12.5 and 13.5 respectfully.

Regardless of which wideout they choose, the Niners are fully expected to end the night with a brand new shiny target on the edges. The receivers in this year’s draft have come under much speculation, but anything other than Niners going receiver would be a massive shock to most draft experts.

The Niners also hold the penultimate selection of the night, sitting at number 31 with their original selection. Mock drafts have the Niners bolstering their defense at this spot with a corner like Alabama’s Trevon Diggs, but much can change before the Niners come around for their second time on the clock.

The Niners don’t need much to revolutionize a franchise that made it to the Superbowl in 2019, but betting on them to add some new weapons seems like a safe conclusion.