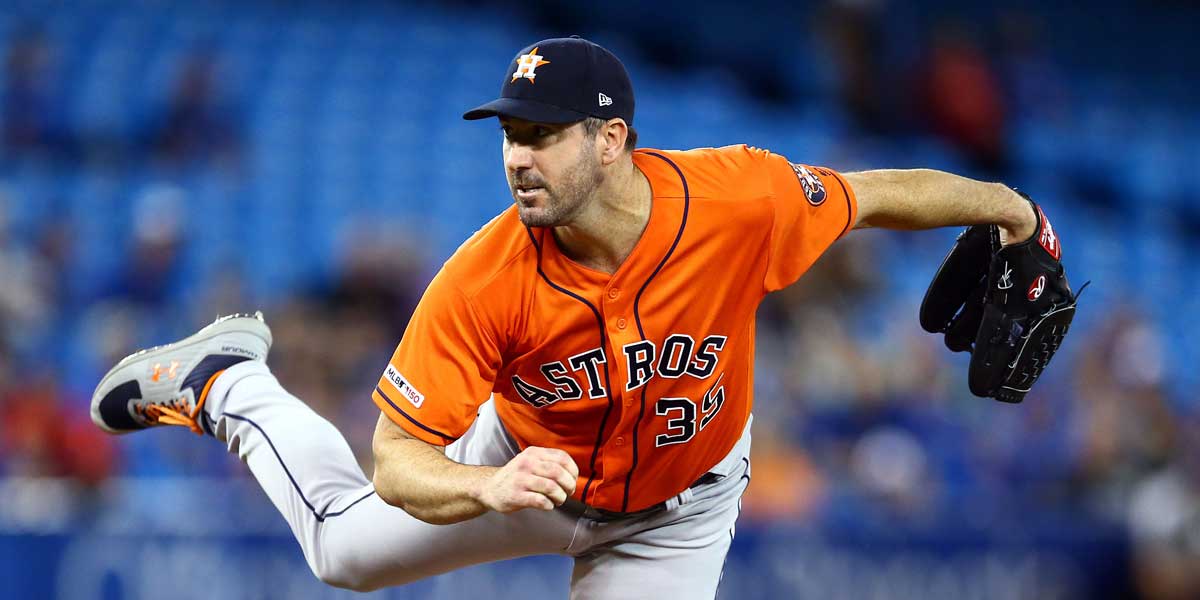 HOUSTON, Tx. – With Game 6 of the MLB World Series Tuesday night, we get another game closer to possibly crowning a new World Series champion.

With the Washington Nationals blowing an early 2-0 lead in the World Series, the Houston Astros now have all the momentum heading back to Houston with a 3-2 lead. The Astros bats have come alive and they are now riding a three-game winning streak where they’ve outscored the Nationals 19-3.

The Astros come into Game 6 as 1.5-point favorites to win capture their second world series title as a franchise.

Tuesday’s game will feature Houston Astros (-174) ace Justin Verlander taking the mound to close out the series against the Washington Nationals (+159) and Stephen Strasburg in a pivotal game.

Strasburg has been one of the best pitchers in this postseason with a 4-0 record and 1.93 ERA. The Nationals will need Strasburg to cool off the hot bats of the Houston Astros if they want to keep their championship hopes alive. Taking a SU bet on the underdog Washington Nationals might be a smart wager here as the Nationals are 10-1 SU in their last 11 games at Minute Maid Park.

With two-star pitchers facing off against each other, sportsbooks have set the run total for this game at 7.5. The Over seems like the best bet here as the total has gone Over in four out of five games in the World Series.

This game will be crucial for future hall of fame pitcher Justin Verlander’s legacy as the right-hander has struggled throughout the postseason in his career. Verlander has yet to record his first career victory in the World Series.

In six career World Series starts, Verlander has an 0-5 record with 5.73 ERA. One of those five losses came in Game 2 against the Nationals, where Verlander surrendered four earned runs in a 12-3 blowout.

Verlander’s postseason woes have followed him into this playoff season as he has a 1-3 record and 4.15 ERA in five starts. However, a win for the Astros ace in Game 6 would completely rewrite his postseason legacy.
.
Despite Verlander’s shaky postseason start, he can be trusted to close out the Nationals at home, earning him his first career World Series win.

“Will there be a run scored in the 1st inning?”

This prop bet is interesting because the “Yes” odds are favorable at +125. Though the “No” odds are favored at -165, "Yes" at +125 is worth considering. The “Yes” bet is the smart move here because so far, a first-inning run has been scored in three of the last five World Series games. The last time Justin Verlander took the mound for the Houston Astros in Game 2, he gave up four earned runs in six innings - with two of those six runs coming in the 1st inning.

Verlander has not been sharp this postseason and this vulnerability can net a decent return on this prop bet if it hits. With the way the Astros have been hitting the last three games, the chances of a run being scored in the 1st inning can only give bettors more confidence in the profitable +125 odds for this prop bet at US sportsbooks.