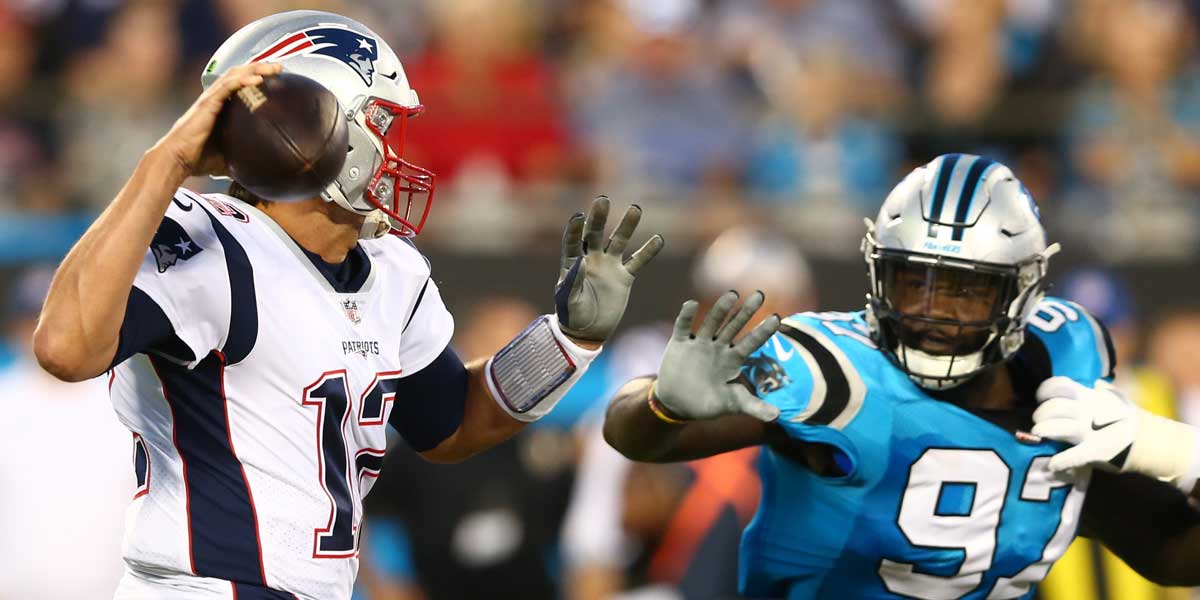 TALLAHASSEE, Fla. - The Carolina Panthers will meet the New England Patriots at Gillette Stadium Thursday night for week three of preseason football. Last year, the match between the two teams during preseason play resulted in a Patriot loss with a game-ending score of 25-14. The last time this matchup occurred within the regular-season schedule was in 2017, where New England lost 33-30.

Patriots quarterback Tom Brady, 42, has not yet played in any preseason games, however, he would like to play in Thursday’s game.

“I hope to be out there. We'll see what happens," said Brady on The Greg Hill Show.

The Panthers plan to have their entire starting lineup take the field, which includes quarterback Cam Newton. This will be the first preseason game where the Panthers will have all their starters playing. As a precaution, they have not yet played four of their best players. These athletes, tight end Greg Olsen, running back Christian McCaffrey and linebacker Luke Kuechly will join Newton for their first taste of the 2019 football season.

Panthers head coach Ron Rivera has a reason for playing his best players against the Patriots.

“I like it just because it’s a measuring stick. Coach Belichick, the way his teams play and prepare, they are going to test you,” said Rivera. “It’s an opportunity to truly gauge where we are and what we need to be better at.”

The Patriots just had their second win of the preseason on Saturday against the Tennessee Titans with a score of 22-17. Going into another game, especially one against the Carolina Panthers in less than a week’s time leaves a short period of recovery for the team. Head coach Bill Belichick has allowed his team easier practices in order to properly rest before Thursday night’s game.

“We’ll go through the Tennessee film and make some corrections and adjustments and try to clean up some things that happened last night, and then move onto the preparation on a short week that we have for Carolina,” said Belichick on Sunday.

Coach Rivera is excited to see quarterback Cam Newton show what he’s bringing to the table for the 2019 season. He is unsure of how long he will play his star quarterback, saying it will all depend on how the game goes.

"I’m looking for him to go out and have good tempo, control the pace of the game and make good decisions,” said Rivera.

The New England Patriots are favored to win with odds of -180 at USA online sportsbooks. The Carolina Panthers have been given odds of +160. The game starts at 7:30 pm ET Thursday night. If you’re in the Boston area, the game will be broadcast by the CBS network.