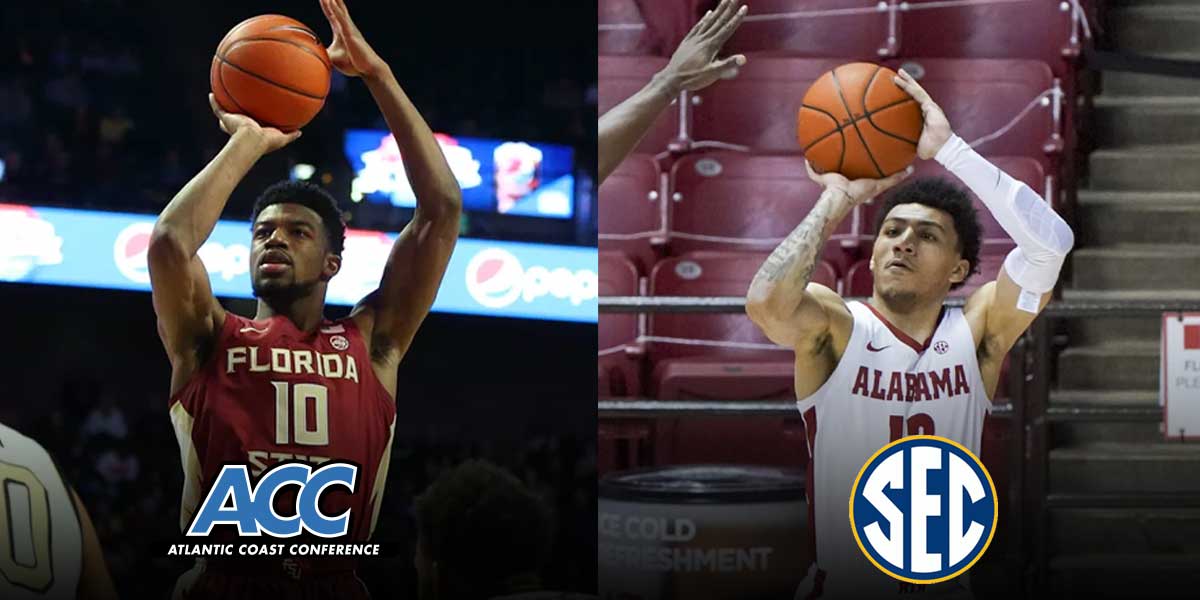 Currently, many wagers are being placed on the Atlantic Coast Conference (ACC) and the Southeastern Conference (SEC) with appealing odds for all programs.

Who Will Win the ACC

Currently, college basketball betting fans have been leaning heavily in favor of the Florida State Seminoles to win the tournament.

FSU has the best record in the conference at 9-2, with a 13-3 overall record, and is ranked 11th in the nation. It is no surprise that sports betting fans are placing so much action on the Noles.

With the tournament being a one-and-done structure, however, players may want to lean in on some longshot odds as upsets are sure to happen.

For example, a team like the Virginia Cavaliers, with the number two ranking in the conference at 11-3, could pull ahead in a game against the Seminoles.

Virginia star forward Sam Houser would be a major asset in the tournament, leading the team in both points (15.1) and rebounds (7.0) and shooting 51.4%. They also have experience playing against the Noles in the regular season which could give them an edge in the conference tournament.

A team that has shockingly long odds to win is the Duke Blue Devils who have historically been a top-ranked team and been favored to win the March Madness Tournament historically.

Duke, however, struggled so far this season and sports betting fans seem to have written the stored program off this year. Longshot bettors could cash in on the +800 odds, however, as anything can happen in a one-and-done season and Duke may never have such long odds again.

Who Will Win The SEC

The Alabama Crimson Tide leads all SEC teams with a 13-1 conference record, an 18-5 overall record, and an 11-1 home record and is ranked sixth in the nation. It is no wonder then why sports betting fans are placings much action on the Crimson Tide.

Longshot odds on a team like the Arkansas Razorbacks, however, could net some lucky sports betting fans major wins.

Arkansas is second in the SEC, finishing with a 9-4 conference record, a 17-5 overall record, and a 13-1 home record. The team is also on a four-game winning streak, showing they are red hot just in time for the tournament.

Most of this is being led by freshman guard Moses Moody who leads the team in scoring at 16.2 points per game. He is also averaging 28.0 points per game when facing the number one ranked Alabama this season.

Regardless of how bettors plan to wager, taking action early is the best way to capitalize on these odds before they shorten at USA online sportsbooks.