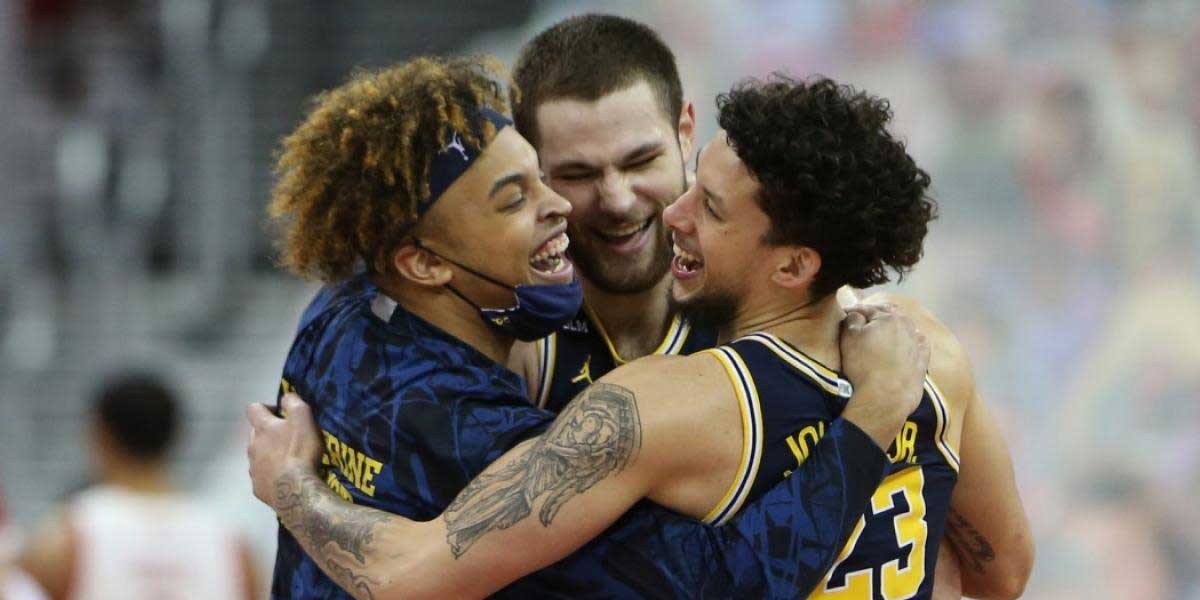 ANN ARBOR, Mich. - The Big Ten sees two of its best teams face off Thursday night, as the Michigan Wolverines takes on the Iowa Hawkeyes.

The Wolverines are ranked third in the country, and have just one loss on the season. Michigan is in first place in the conference following a strong win over Ohio State this past weekend.

They take a No. 9 ranked Iowa team led by Naismith Player Of The Year Award frontrunner Luke Garza. The Hawkeyes have won five in a row, but must now face their greatest remaining on the schedule.

Betting odds are available for the event at all of the major online sportsbooks, with Michigan as the five-point favorite.

The headlines for this game are dominated by the matchup between Luka Garza and Hunter Dickinson.

Garza is one of the standout players in the nation this year, averaging 24.7 points per game. He is the leading scorer in the country, and just broke the record for the most points scored all-time at Iowa.

The senior center leads the nation in player efficiency and has 19 straight Big Ten games with 20 or more points.

Those who have been betting on college basketball this season are likely familiar with Garza, in addition to his counterpart Thursday night, Hunter Dickinson.

Dickinson, a freshmen center, is the pillar for this Michigan team in their last month of play, racking up four double-doubles this season. Dickinson averages 15 points a game and 7.8 rebounds.

Both of these teams are fighting for a conference regular-season championship and a good seed in the upcoming NCAA tournament. The Hawkeyes are currently pegged for a three seed, while the Wolverines are projected as a number one seed.

Overall, bettors will look for Iowa to get hot early and get Garza rolling. Michigan plays some of the best defense in the country, and is able to score with multiple weapons outside of Dickinson.

Bettors should look for Garza’s performance in the first half. If he is able to dominate Dickinson down low, it may be a great play for live bettors.