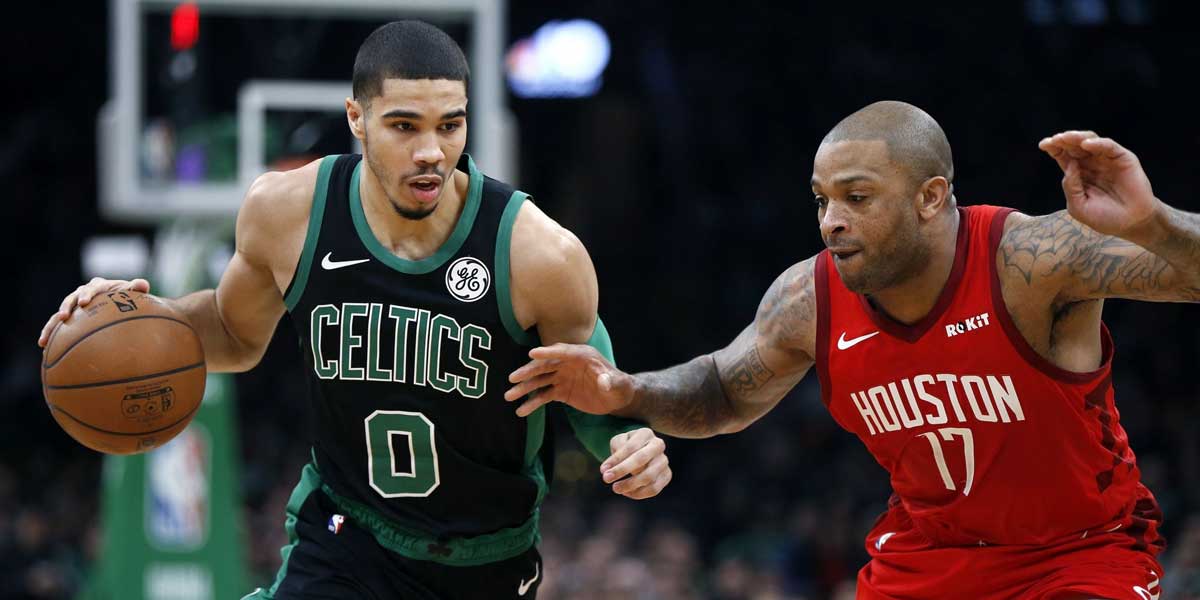 HOUSTON – With many eyes on the Boston Celtics vs. Houston Rockets betting odds, fans can derive that Tuesday's slate of NBA games takes the quality over quantity approach as some of the best teams face each other creating some intriguing matchups across the league.

One of those key matchups will be the Celtics traveling south to take on the Rockets in a cross-conference matchup between two teams at the top of their respective conferences. The potential profitability for those who bet on the NBA will also be on full display.

The Celtics (37-15) are looking to extend their seven-game winning streak on the road while the Rockets (33-20) are looking to end a two-game losing streak. Boston has performed well ATS this season with a 31-19-2 record so picking them to cover is not the tricky play.

It’s the Rockets who have been sporadic ATS this season with a 25-28 record. The Celtics length could cause problems for the Rockets high powered offense but ultimately this game will be decided by whether Boston can stop Russell Westbrook or James Harden.

Despite their recent struggles, online sports wagering sites list the Rockets as two-point favorites at home to beat the surging Celtics. The Celtics have the firepower and momentum to pull of the upset on the road which makes their +105 money line odds for this matchup even more attractive.

Moneyline And Props To Consider

The total for this game is set at 232. The Over might be the play as the Rockets are still trying to acclimate Robert Covington to their new centerless lineup.

Covington was acquired via trade in a four-team deal between the Rockets, Atlanta Hawks, Minnesota Timberwolves, & Denver Nuggets. In that same trade, the Rockets shipped their starting center Clint Capela to the Hawks.

Since then Houston has a 1-2 record and has been outrebounded by opposing teams by at least 10 rebounds in each game. The Celtics big men should have no problem grabbing boards and getting Boston extra offensive possessions tonight.

A player prop to consider placing a bet on in this matchup is a player performance double that combines a Rockets win with James Harden having more than 7 assists. The odds for this prop are listed at +190 and should be taken with confidence for those still riding on the Rockets.

In his last five games, Harden has had at least 7 assists in all but one game. Although Harden is leading the NBA in scoring his playmaking ability tonight should be on display as the Celtics will likely be sending double teams his way for most of the game.

After this game, the Rockets will hit the road to take on the Golden State Warriors, while the Boston Celtics will have a tough matchup against the Los Angeles Clippers.