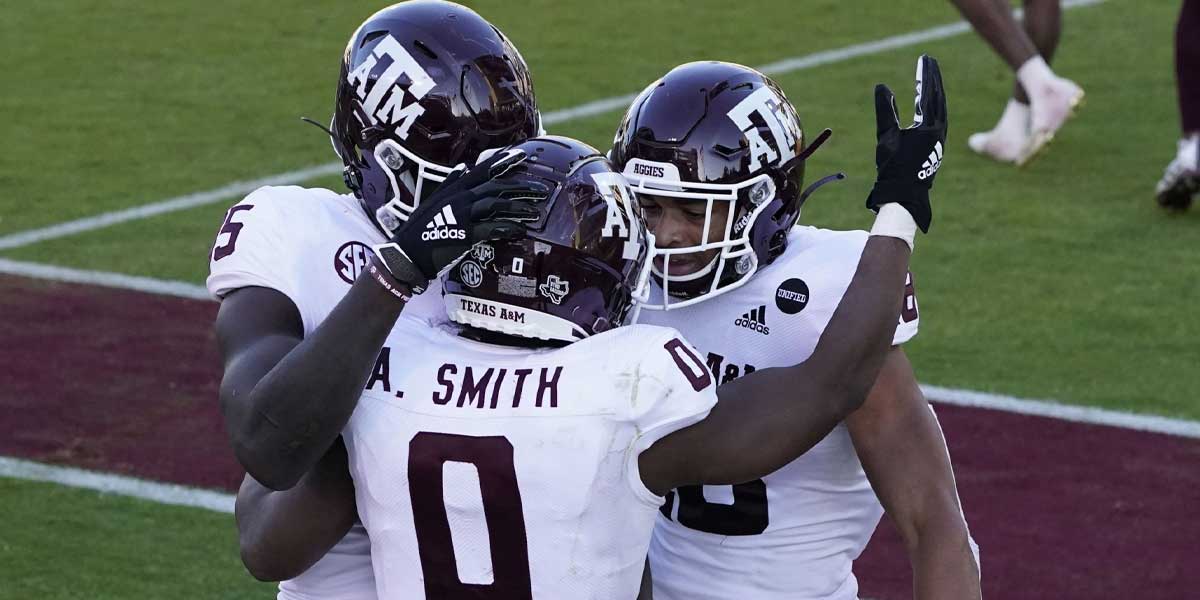 LAS VEGAS – Another weekend of College Football is here, and with it brings another opportunity to win big on Daily Fantasy.

DraftKings is running their $150,000 Saturday Kickoff tournament once again, and bettors are looking for the best players to construct their team this Saturday.

After an overview of the full slate of games included in the tournament, there are some notable standouts at each position. These players are gearing up for a huge week on the field, that could translate to Daily Fantasy glory.

Dread it, run from it, Trevor Lawrence still arrives. The long-haired gunslinger led Clemson to a 73-7 victory over Georgia Tech last weekend where he threw for 404 yards and five touchdowns.

This was a new career-high in yards and touchdowns for Lawrence, who threw for all his team’s touchdowns over a 52-point first half. Lawrence did throw an interception, but that isn’t any reason to keep him out of DFS lineups this week against a weak Syracuse defense.

After coming into the season without being named the definitive starter, Alabama quarterback Mac Jones has ascended into one of the best pure throwers in the SEC, and possibly the nation. Last week, Jones threw for 435 yards and four touchdowns against a Georgia Bulldogs defense many consider to be the best in the country.

So far this season, Jones has a passer rating of 220.2, which is higher than former LSU QB Joe Burrow through the same amount of games. Jones has an outstanding offensive line to protect him, as well as two of the best receivers in the country to catch his passes. Look for Jones to have another huge week against a Tennessee team that just allowed 34 points to Kentucky.

For those looking to spend money elsewhere, the budget QB of the week is Kentucky Terry Wilson. Wilson had a decent outing in the win over Tennessee passing the ball, going 14 of 18 for 151 yards. The real threat with Wilson is his running ability.

Wilson ran the ball 22 times last week for 129 yards and three touchdowns, for a total of 39.9 fantasy points. Look for Wilson to have plenty more running opportunities against Missouri.

For those unaware, Breece Hall of Iowa State has quietly established himself as the best running back in the Big 12 so far this season. No, not Chubba Hubbard, its Breece Hall now, get used to it.

Last week, Hall ran for 139 yards on 28 attempts and a touchdown and added one catch for 8 yards. He pulled out 30.7 fantasy points via DraftKings, and should be the number one option this week against Oklahoma State.

Herbert is the number one option on a viable Virginia Tech offense that loves having him lead their attack. Last week, Herbert ran for 207 yards and two touchdowns, putting him at 592 yards on the year.

Herbert is going for an absurd 9.7 yards per carry and is also a threat to catch passes out of the backfield. Herbert had 35.7 fantasy points last week, and could easily put up those kinds of DFS numbers again against Wake Forest.

Those looking to save some cash for other areas can get solid production out of UNC running back Michael Carter. While Carter does split the backfield with Javonte Williams, he saw 16 carries last week and is averaging 18.3 points per game so far this year. Carter is a solid value play against a suspect NC State front seven.

By the time defenses key onto Jaylen Waddle, it is already too late. The Alabama wideout has confirmed himself as one of the most electric players in the nation, joining an elite run of Crimson Tide wide receivers. Waddle is currently fifth in the nation in receiving yards with 557, while splitting time with fellow star Devonta Smith.

Against Georgia’s strong secondary, Waddle had five catches for 142 yards, including a 90-yard touchdown. Waddle is currently averaging 32.5 fantasy points per game and would love nothing more than to torch a soft Tennessee defense.

Elijah Moore has come a long way in his short time at Ole Miss. After a breakout 2019 year, Moore has only flourished under new head coach Lane Kiffin’s explosive offense.

Moore is averaging 30.5 points a game, and still managed to get 92 yards and a touchdown in a game last week where his QB threw six interceptions. Look for Ole Miss to bounce back against a reeling Auburn team, and find Moore in the endzone.

While the Oklahoma offense hasn’t been as high-powered as College Football have come to know over recent years, Charleston Rambo remains a solid value choice thanks to his pricing.

Rambo has been keyed in on by defenses, but has still averaged around 14.7 a game. Look for Rambo to finally have a huge game this weekend against TCU.