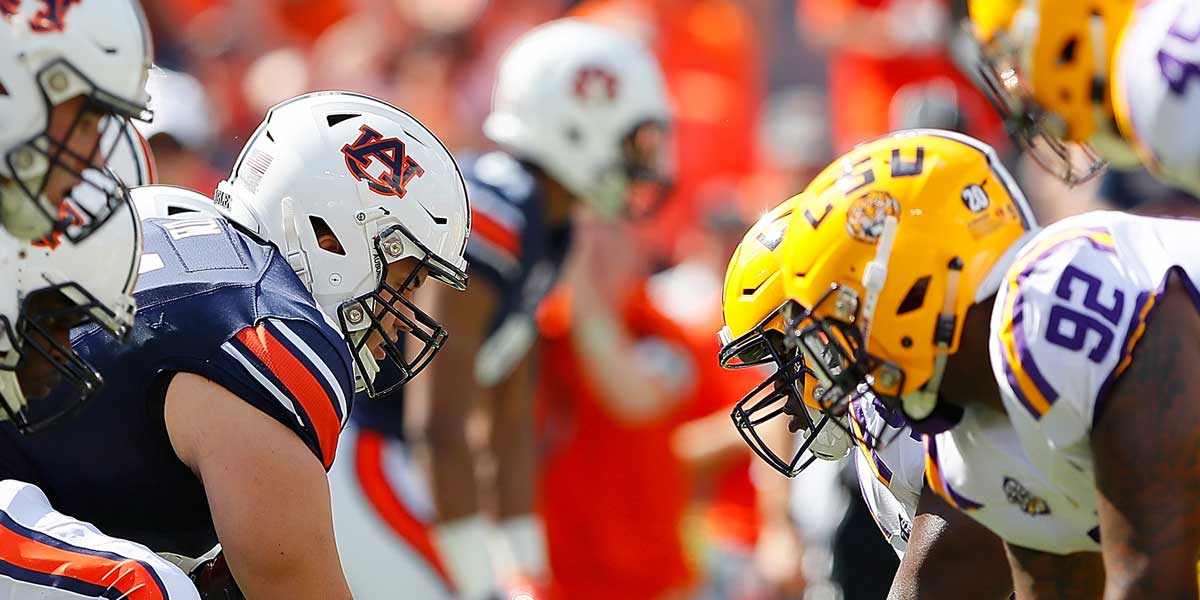 In a classic SEC West division showdown, the ninth-ranked Auburn Tigers travel to Death Valley to take on the second-ranked LSU Tigers.

That task shouldn’t be too difficult because as Auburn averages the most rushing yards per game in the SEC with 239.6. Auburn plays best when they don’t have to rely on the arm of freshman quarterback Bo Nix and if they can control the clock by running the ball, they’ll be able to keep the potent LSU Tigers offense off the field.

If Auburn can run the ball effectively in this game, we could see the 59-point total go Under. The history books support this notion as the total has gone Under in 13 of the last 19 meetings between Auburn-LSU. Stopping the LSU offense is easier said than done, but the Auburn Tigers have a defense that is capable of keeping this game from being a blowout.

The No. 13 Wisconsin Badgers (5-2 ATS) come into this Big Ten conference matchup as a 14.5-point underdog on the road against the Ohio State Buckeyes (6-1 ATS). The Badgers have had the best defense in all of college football this season. Through seven games, the Badgers defense is holding opposing offenses to the fewest points (7.6), passing yards (135.4), and rushing yards (58.4) per game in the nation.

On the offensive side of the ball, the Badgers have the best running back in the nation in Jonathan Taylor. The junior running back is currently tied for the most rushing touchdowns in the country with 15. The Badgers will need a big day from Taylor if they want to beat a stacked Ohio State Buckeyes team. If the Badgers defense can force the Ohio State Buckeye offense to turn the ball over then they’ll have a great chance to upset the Buckeyes.

The eighth-ranked Notre Dame Fighting Irish (-105) travel to Ann Arbor to face the nineteenth ranked Michigan Wolverines (-115). Sportsbooks expect this game to be close as the Wolverines come into the game as 1-point favorites at home.

For the Fighting Irish to pull off the upset here they’ll need to rely on senior quarterback Ian Book to keep the offense flowing. Book has been solid starting for Notre Dame this season as he’s thrown for 1,419 yards, 14 touchdowns, and only two interceptions.

The Fighting Irish are 1-7 on the road against Michigan in their last eight games. Notre Dame’s offense can only go as far as Book will take them. With the total in this matchup set at 51.5 points, you can expect Book to take the Fighting Irish to the Over total while adding in an upset win for Notre Dame over the Wolverines too.