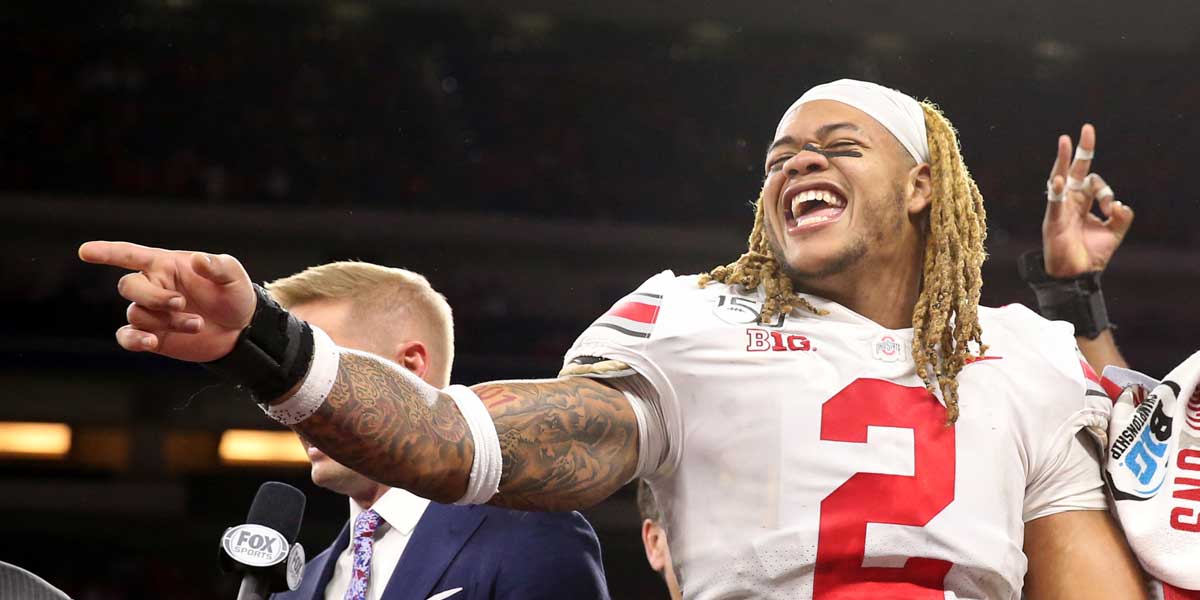 LAS VEGAS — As the NFL Draft is approaching, sportsbooks have released odds for who will win the NFL Defensive Rookie of the Year Award. Chase Young is the heavy favorite to walk away with the award, but Isaiah Simmons is looking to make a statement and prove he should be considered.

AJ Epenese, Patrick Queen and Xavier McKinney all have longer odds but all deserve to be looked at as they should be able to become big impact players on any team that thy land with.

Online sportsbooks have Chase Young listed as a heavy favorite to win the Defensive Rookie of the Year Award at +325. During his final season playing for the Ohio State Buckeyes, he put up 32 solo tackles, 16.5 sacks, and six forced fumbles. His stats have improved every year since he was a freshman as his potential had nowhere to go but up.

Those stats could have also been better since he had to sit out a couple of games during the 2019 season. He is a force to be reckoned with on defense and will definitely make an immediate impact on any team that drafts him. Although he has the shortest odds on the board, don’t bank on him just yet.

Isaiah Simmons is going to be a real threat to Young at winning the award. Simmons absolutely popped off at the NFL Combine where he ran a 4.39 second 40-yard dash. This is unheard of for a man of his size at 6’4, 230 lbs.

He had 67 solo tackles, seven sacks, one forced fumble, three interceptions, and eight pass deflections during his final year playing for the Clemson Tigers. His stats improved every year during his college career. Even though he is listed as a linebacker, he is much more than that. He is considered a “do it all” player on defense.

Whichever team that lands him should be lucky they got him. He will be an immediate impact player anytime he steps onto the field. His odds should be shorter than they are as oddsmakers have them listed at +700.

AJ Epenesa is third on the odds board with +1100 odds. He put up 32 solo tackles, 11.5 sacks, and four forced fumbles. He has been a steady presence since he started playing for the Iowa Hawkeyes and has improved every year he has been on the team.

He isn’t a big-name player but should not be slept on. He’ll be a nice addition to any defense he lands with and his presence should be noticed right away. As for bettors, it would be safe not to take any chance here. Not to take anything away from him, but Young is a more complete defensive end.

Defending National Champion, Patrick Queen, is fourth on the odds board at +1400. He had 37 solo tackles, three sacks, two pass deflections, and one interception. Any team that he lands with, he’ll bring a winning mentality as he is fresh off a national title win.

His stats are not so eye-opening as he was on a crowded LSU Tigers defense. He will look to prove that he is an elite defender when he gets his opportunity. Queen is another player who has potential, but bettors again should probably not take the chance here.

Xavier McKinney is an underdog on this list. He should have shorter odds as NFL sportsbooks have him listed at +1800 odds to win the Defensive Rookie of the Year.

He had a very impressive season putting up 59 solo tackles, four forced fumbles, three interceptions, five pass deflections, and one touchdown. The fact that he did this playing for the Alabama Crimson Tide should be enough, but being that he did this against SEC competition should say something too.

He will most definitely make an immediate impact anywhere he goes. This is a player worth taking the risk on for sports bettors as he should be elite right from the jump of his NFL career as many other Alabama players have.