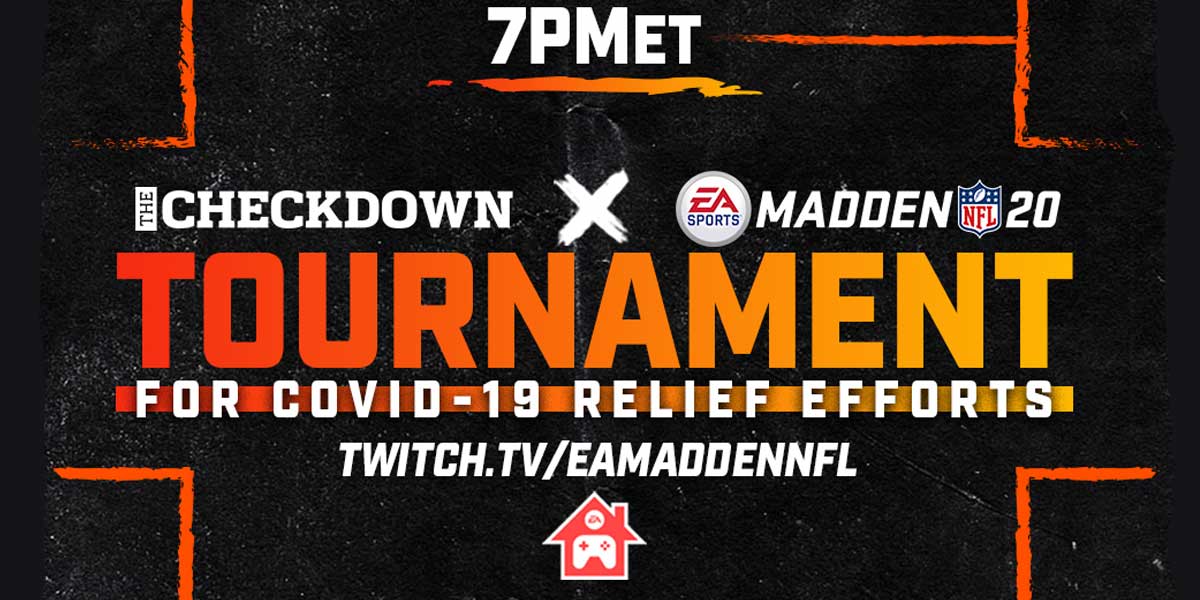 REDWOOD CITY, Calif. — As the coronavirus pandemic continues, the NFL is doing its part in helping the community. The Madden NFL 20 video game and The Checkdown have teamed up to present a COVID-19 Relief tournament amongst NFL players.

There are a total of eight NFL players participating. Both Derwin James and Tyreek Hill lead the odds board of who will walk away from the tournament a winner. But, other familiar names such as Jarvis Landry and Tyrann Mathieu also have longshot odds that should not be overlooked.

Players Participating in the Checkdown Madden 20 Tournament are:

The NFL Foundation will be giving $5,000 to each charity that is represented by a player right off the bat. The winner of the tournament will be awarded $20,000 to give to the charity of their choice.

When it comes down to it, Derwin James of the Los Angeles Chargers and Tyreek Hill of the Kansas City Chiefs lead the odds to win the tournament. Online sportsbooks have James’s odds slightly ahead as they are set at +115 while Hill’s odds are listed at +160.

Both James and Hill are no strangers to playing Madden. James recently won the EA Madden Invitational where he defeated Michael Vick in the championship round with a final score of 80-16. Hill, on the other hand, is popular in the Madden community as he faces off against famous Madden Youtuber, TDBarrett on his channel often.

As for the remaining six players, their Esports odds are listed as follows:

The tournament is set to kick-off tonight at 6:00 PM on the EAMADDENNFL Twitch Channel.