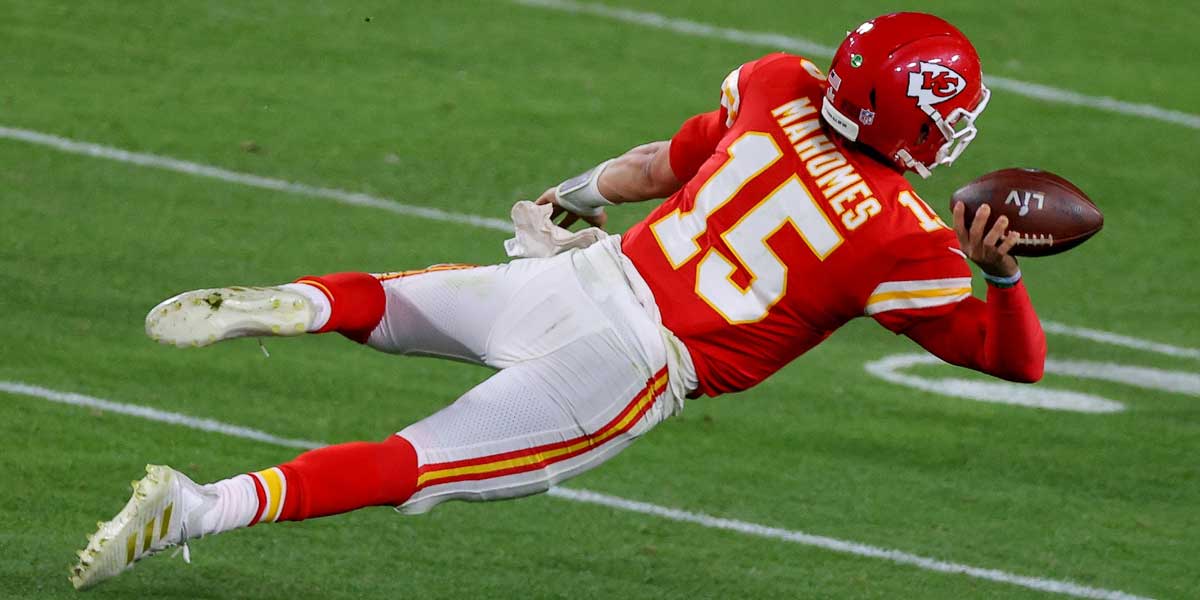 LOS ANGELES — With Super Bowl 55 now in the rear-view mirror, those NFL bettors that are looking to get an early jump on the next year’s Super Bowl odds for the biggest possible payouts can begin doing so before the offseason begins.

Online sportsbooks currently have the Kansas City Chiefs and the Tampa Bay Buccaneers as the only two teams with their odds under +1000 as the Chiefs sit with the shortest odds and the Buccaneers follow.

Starting with the Kansas City Chiefs, their Super Bowl odds are favored despite losing Super Bowl 55. Being that they are still a very young team, they are gaining priceless Super Bowl and playoff experience which is hard to come by in the league.

Something else that NFL bettors should not forget here is that the Chiefs still remain one of the most explosive offenses in the league who just continue to keep on getting stronger as they continue to play with each other. That said, money can certainly be made here on Kansas City.

The defending Super Bowl champions, Tampa Bay Buccaneers, sit with the second shortest NFL odds, and rightfully so as they certainly have what it takes to run it back again next year if they all stay intact. As many NFL bettors learned from this past Super Bowl, it is never a good idea to bet against Tom Brady, especially when it comes to the Super Bowl.

The Buccaneers also have one of the strongest offenses in the league behind an elite receiving core and great running game which could definitely be worth the early bet. Tom Brady has stated he will be back next season, but several players were on a one year contract. If Tampa Bay can lock down players like Robert Gronkowski and Leonard Fournette, look for the Bucs to make some noise again next season.

Unfortunately for the Green Bay Packers, they saw an earlier exit from the playoffs than they expected after losing to the Tampa Bay Buccaneers in the NFC Championship game.

It is surprising that the Packers are sitting with the third shortest odds being that there have been rumors on Aaron Rodgers being unsettled with the team after losing in the NFC Championship Game for the second straight year. The Packers intend to keep him this offseason but rumors are swirling.

Not to take anything away from the talent that the Packers have or what they can do, but if their leader in Rodgers is not happy with the direction of the team, bettors can look to find more money elsewhere, possibly on a team with longer odds.

The Bills have proven that they are a force to be reckoned with after their run to the AFC Championship game. The Bills are still a young team, but they have proven that they can run with the best of the best in the league with their young core which includes a top quarterback in Josh Allen and a veteran star receiver in Stefon Diggs. Diggs is on contract and will remain with the team next season.

In addition to their talented offense, they have a great defense as well that was one of the best in the league last year. Their defense was ranked 6th in the league in terms of touchdowns allowed. With Josh Allen still on the rise to stardom, now is the time to jump in on the Bills Super Bowl odds before they get any shorter.

Some might think that the San Francisco 49ers Super Bowl odds are way too high considering the dreadful season that they are coming off of. However, many forget that they were riddled with injuries to their star defensive end in Nick Bosa, their starting quarterback in Jimmy Garoppolo as well as their tight end, George Kittle.

Not to mention they also were missing starting receivers Deebo Samuel and Brandon Aiyuk for part of the season as well. With all of them expected to return to full health prior to the start of the new season, they could make a Super Bowl run as well-being that they did so just two years ago in 2019. Bettors could consider them a dark-horse team for now, but should consider getting in on them sooner rather than later.