Skip to content
USA Online Sportsbooks | Sports Betting | Clemson, 25-0, Finds Itself As An Underdog Against The Tigers 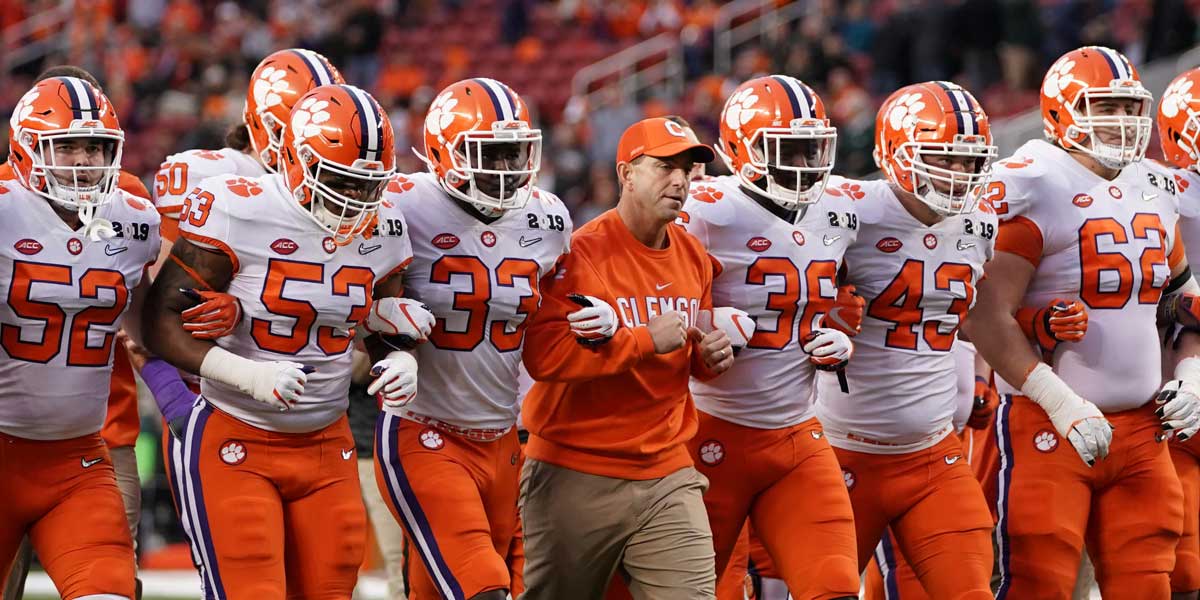 Why is a team with a spotless record two years running and the champions of last year, not the favorite to win?

While they are undefeated, so are the LSU Fighting Tigers, and it all comes down to statistics. Last year and this year, Clemson has had fewer statistical advantages across the board for their overall performance than their opponent, leading them to be the underdogs coming into the Championship each time.

The Tigers’ have (+185) odds to win back to back championship titles. Quarterback Trevor Lawrence is 25-0 with Clemson. The sophomore has been nothing short of amazing when he is on the field. He has great chemistry with his teammates which has been able to carry the team through the ACC victoriously. With WR Tee Higgins and RB Travis Etienne, all three meld together to make it happen for the Tigers.

Coach Dabo Swinney sees his team being labeled as the underdog a sign of disrespect, however, he uses it to his advantage. He reminds his squad that they are the dogs among sportsbooks and that no one believes they will be able to win as a tool for motivation.

When it comes to underdogs at a national championship game, the last six games have seen the underdog teams go 6-0 ATS.

The LSU Tigers (-225) are the 6.5-point favorite to win. Their quarterback Joe Burrow’s season has overshadowed the performance of Lawrence. The senior was the winner of the 2019 Heisman Trophy and his team averages 48.9 points per game. This has set the combined total at 68 for the title match.

Both teams are named the Tigers, but LSU is also known as the “Fighting Tigers” which in this case helps with any confusion. With two great quarterbacks, one of whom is a Heisman Trophy winner and both teams being 14-0 for the season, it’ll all come down to which one really shows up with the real “eye of the Tiger”.

The grudge match begins at 8:00 p.m. EST. in New Orleans at the Mercedes -Benz Superdome and will be televised by the ESPN network.