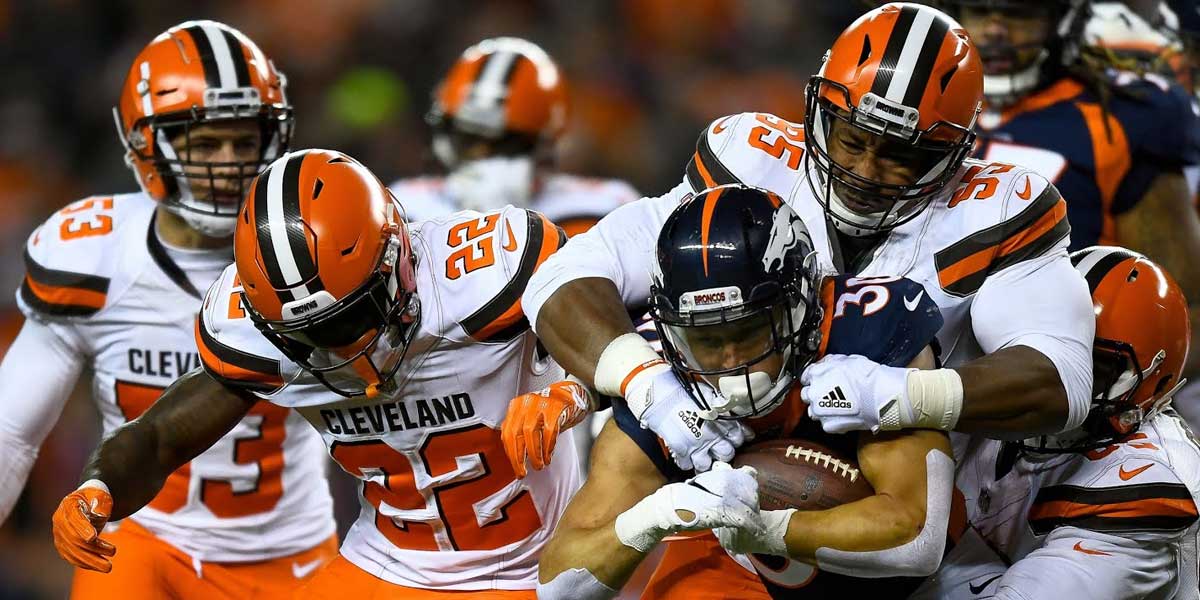 CLEVELAND – The Cleveland Browns have some overzealous rookies making up their defensive line this season. Myles Garrett, a 23-year-old defensive end showed up to camp in full “beast mode” even though that meant not following the rules. Garret was seen causing issues during the 11-on-11 plays and cutting off fellow teammates when it came to live tackling sessions.

Onlookers also witness Garrett trying to kick field goals in the punters' section and running around the field to greet fans that wanted to watch the practices. He was not the only player in high spirits to cause problems during the camp.

Sione Takitaki, a 24-year-old rookie linebacker wanted to put his tackling talents on display for the coaches at the camp. This led to many offensive players getting upset due to Takitaki tackling during non-tackling practices. At one point, running back coach Stump Mitchell took Takitaki to the side to give him a talking to.

Cornerback Lenzy Pipkins has been doing great things as the outside corner. He was able to stop a pass thrown by quarterback Drew Stanton to wide receiver Ishmael Hyman. Cornerback Robert Jackson is off the practice squad bench and excelling at breaking up passes in practice.

Greedy Williams, a cornerback and Damon Sheehy-Guiseppi, a wide receiver went head to head during a 7-on-7 play. Williams was outrun by Sheehy-Giuseppi but he went on to drop the pass.

Head coach Freddie Kitchens is already doing great things for his team. Tensions were high during practice on Sunday. Tight end Pharaoh Brown and defensive end Chad Thomas got into an argument and began to push each other around before being separated. Kitchens punished the entire team by making them run sprints in above 90-degree temperatures because of the fight between the two. Kitchens does not mess around.

“We are going to go until we get it right so however long that is,” he said about his team practices.

The Cleveland Browns will face the Tennessee Titans for the kickoff to their 2019 season. The game will be held on September 8th at 1:00 pm ET. The Browns are favored to win at US online sportsbooks with odds of -245 while the Titans will enter the stadium with odds of +205. The game will be aired by the CBS network.