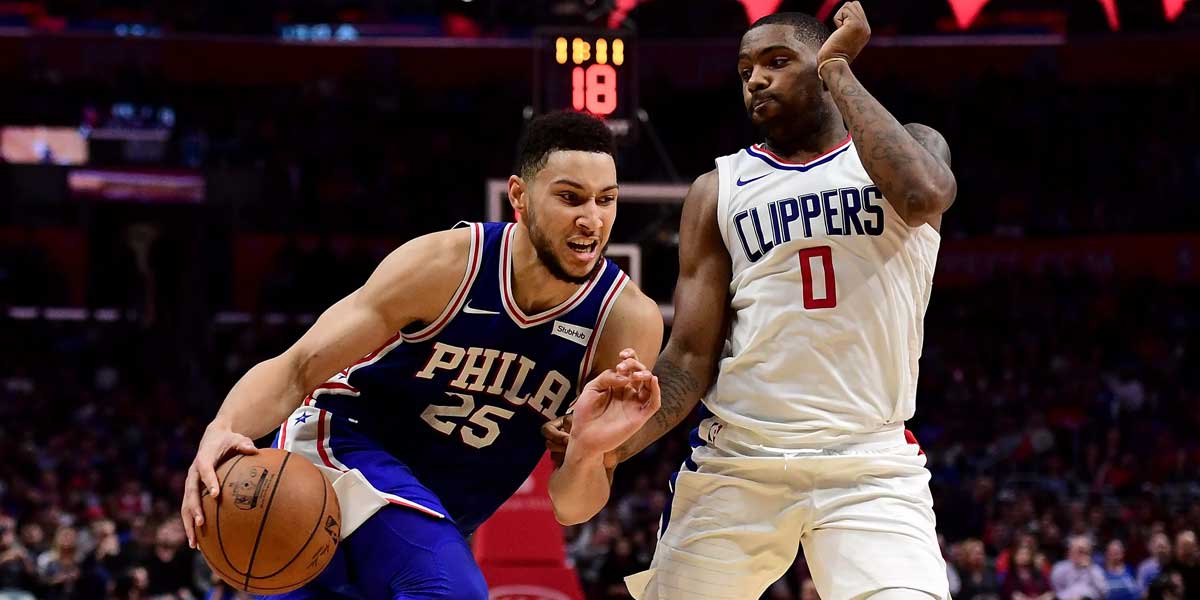 PHILADELPHIA – There are so many good games in the NBA, and there is only so much attention that the general public can pay to all of them. Tonight, however, one game stands far above the rest, and should be an incredibly interesting contest on multiple levels.

The Los Angeles Clippers have been cruising through the season, resting their stars when they need to, and still putting up stellar numbers. They enter tonight with a record of 37-16 and have the 6th ranked offense and the 6th ranked defense (by offensive and defensive rating, respectively) in the league.

They are taking a laid back approach to the season, an approach that worked for Kawhi Leonard’s previous team, the Toronto Raptors. While some might argue that this team hasn’t proven it deserves to take games off, Kawhi certainly has demonstrated that he can be the best player on a championship team.

The Clippers have the third-best odds to win the NBA Championship at +300, behind the Lakers and the Bucks.

This game also carries with it some pangs of nostalgia – the Philadelphia 76ers took Kawhi’s Raptors team to seven games in the playoffs last year, and the eventual champions only made it out of that series on an incredible Game 7 winning buzzer-beater courtesy of the eventual finals MVP.

1. Play Ben Simmons and Joel Embiid at the same time. The spacing gets clogged up, and both of them are rendered less effective. Instead of complementing each other’s strengths, they amplify each other’s weaknesses. Their talent is still overwhelming, so they get through it, especially defensively.

2. Justify the contracts they handed out to Al Horford and Tobias Harris. These are rough contracts, especially when the loss of Jimmy Butler is considered. Harris’ contract runs through 2024, and pays him an average salary of 36 million dollars a year. Harris is currently averaging 19 points and 6.6 assists per game. Horford, meanwhile, is making 109 million dollars over his contract, which runs through 2023. Horford is averaging 12 points and 6.7 rebounds.

Sixers fans have been booing the team for several games now. Embiid, after making a game-winning shot, turned around and shushed his hometown fans.

After this, he posted the picture on Instagram, calling himself a villain.

Embiid is the foundational piece of this team, and he’s acting antagonistic toward the fanbase and openly flirting with other teams.

The Sixers have even been bizarre in the betting world. They have a 24-2 home record, but a 9-19 road record. In this way, they are consistently inconsistent, elite at home, and basically atrocious on the road.

Luckily for them, this game is at home, but their consistent inconsistency demonstrates the problem with understanding the Sixers as far as betting goes – they are unpredictable on a fundamental level.

The spread for the game is Clippers -2 on multiple online sportsbooks, while it opened at Clippers -1 – money seems to be coming in on the Clippers.

On the moneyline, the Clippers are -120, while the Sixers have even odds, reflecting the potentially close nature of this game.

This game feels like a storm, a potential inflection point in the NBA season. There are so many storylines to follow, and so many trends to analyze, and, after it all, NBA bettors will know a little more about who these teams really are.

And, hopefully, will have increased their bankroll while doing so.