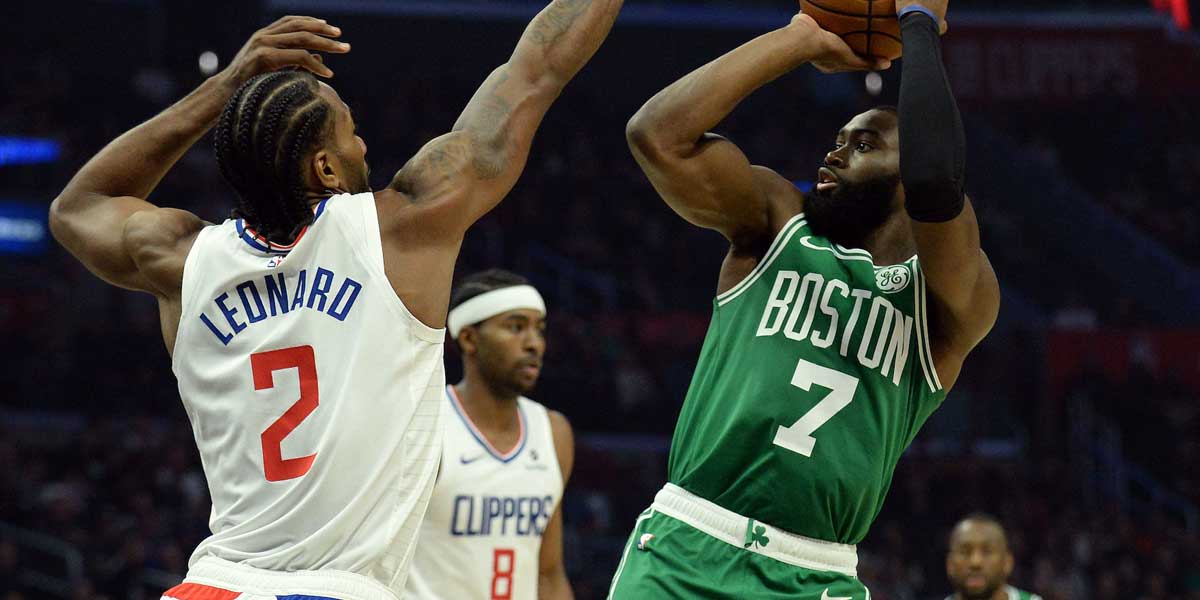 BOSTON – The NBA only has two games on it’s Thursday slate as the leagues prepare for its highly anticipated All-Star weekend in Chicago. Before that, the Los Angeles Clippers travel east to take on the Boston Celtics at the TD Garden as both teams look to go into the All-Star break with a win.

The Celtics-Clippers faced each other earlier in the season with the Clippers edging the Celtics 107-104 in overtime. That victory marked the Clippers' fourth straight victory over the Celtics and was the first time Los Angeles had both Paul George and Kawhi Leonard in the starting lineup.

But, can fans betting on the NBA expect this type of result again? Or will the teams’ current performances dictate this matchup?

What Are Oddsmakers Saying?

The Celtics are two points favorites at home against the Clippers and have performed well ATS this season with a 31-20-2 record. On the other side, Clippers haven’t been as successful ATS with a 29-25 record compared to their 37-17 SU record.

With such a tight spread making a moneyline bet might be the winning play especially with the Clippers underdog odds listed at +115. online sportsbooks have Boston’s money line odds sit at -135. The Clippers +115 money line odds may very well hit tonight as they’ll complete the regular-season sweep of the Celtics for the second straight year.

The total for this game is set at 228. With two of the best defensive teams in the league (the Clippers 13th ranked defense and Celtics 2nd ranked defense) they will both find it hard to score around their usual averages which will likely send the total Under.

The Clippers defense has been improving over the past couple of games as the total has gone Under in four of their last six games. Feel comfortable taking the Under in this matchup because when the Celtics-Clippers played earlier this season the total of 218 also went Under.

A player props to consider in this game is the Will Paul George record a double-double bet. Paul George has recently struggled shooting and that has caused him to be more of a passer and rebounder.

The “Yes” odds for this prop have +245 odds while the “No” option sits at -370 odds. Rolling the dice on the yes odds have merit as Paul George will always be a focal point in the Clippers offense.

In his last game, George shot 20% from the field and 25% from three but he still posted a stat line of 11 points, 12 rebounds, and five assists. Expect George to record his second straight double-double tonight.

Coming out of the All-Star break the Celtics will start a four-game road trip against the Minnesota Timberwolves. The Clippers will host the Sacramento Kings in a Pacific Division showdown.