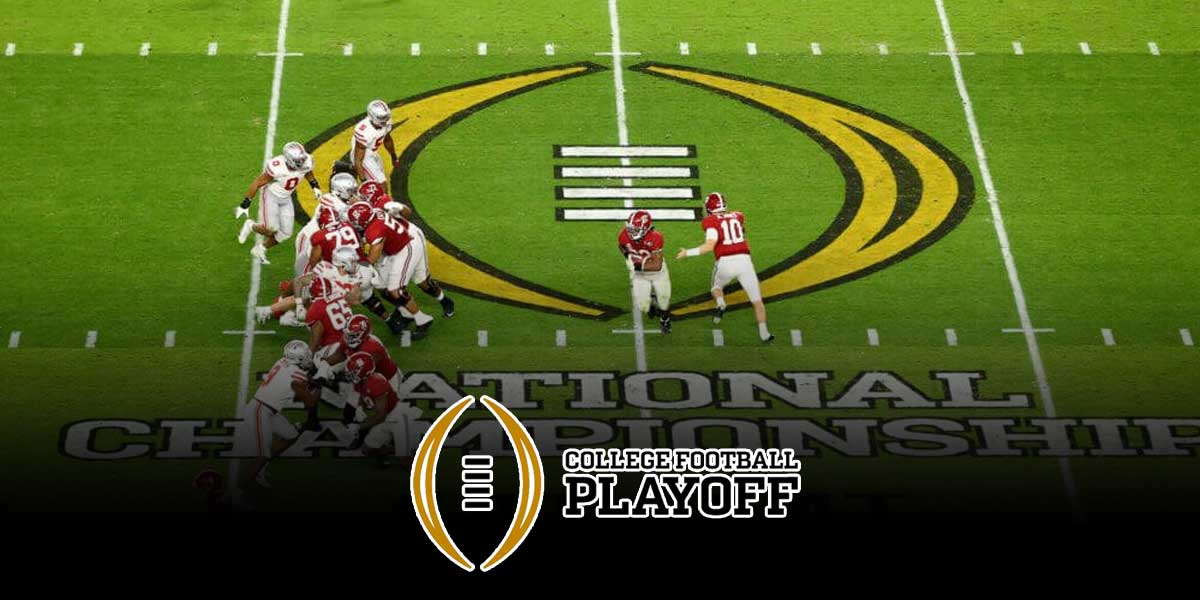 LAS VEGAS – The College Football Playoff has officially announced a possible expansion that would increase the size of the field from four to 12 teams. Naturally, this gives more teams betting value in predicting the winner of the National Championship.

The projected 12-team field would guarantee a spot for the six highest-ranked conference champions. This doesn’t promise the Power 5 champions, as last year would have seen the Oregon Ducks win the Pac-12 but miss the playoff.

The final six spots in the playoff would be at-large bids.

Further, the four highest-ranked conference champions would earn a first-round bye in the expanded playoff. It’s interesting that only the conference champions can be rewarded with the first-round bye as it leaves teams like a potential 11-1 Georgia Bulldogs or 12-0 Notre Dame Fighting Irish out of contention for the automatic bid to the second round.

Also, only three times in the seven years of the current four-team playoff have we seen four conference champions make the playoffs. This means it’s more than likely we’ll be seeing teams ranked fifth or worse earning a first-round bye while a team ranked in the top four will have to play in the opening round.

With an expanded field, college football betting followers will likely be able to get better odds on teams. With more teams in the playoff, this means more chances to lose and more opportunities for another team to get hot. However, it does get even easier for Alabama and Clemsons of the world to qualify for the playoffs.

While the proposed change likely wouldn’t be put into practice for a couple of years, we’ll take this chance to look at the current National Championship odds for the upcoming season which could be one of the last with the current format.

To nobody’s surprise, online sportsbooks list the group of Alabama, Clemson, Ohio State and Oklahoma as the betting favorites with the shortest odds.

It’s interesting to speculate just how much the odds would change if this were to be a 12-team playoff format, but for now, we’re left with the expected favorites heading into the 2021-2022 college football season.