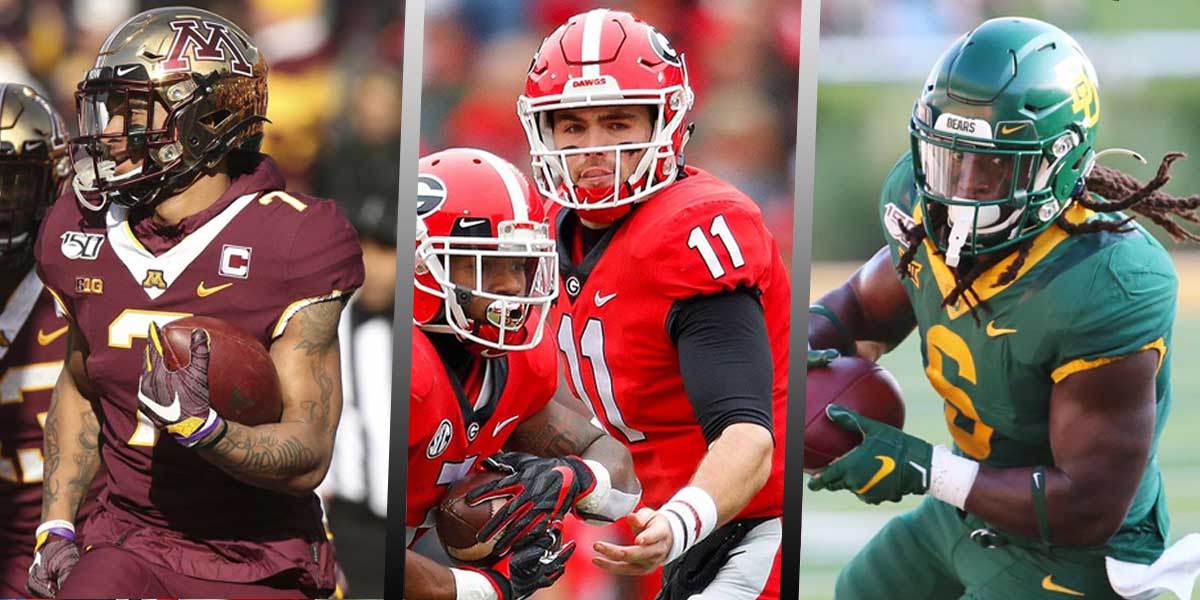 TALLAHASSEE, Fla. – This past weekend saw plenty of changes in the college football rankings. The biggest jump was Minnesota going from 17 to eight after their huge victory against Penn State 31-26. Penn State got sacked as a team, dropping from number four to nine after their loss. The Georgia Bulldogs took back a top four slot going from six to four after their shutout win against Missouri 27-0.

The LSU Tigers took hold of their very deserving number one position after advancing to 9-0 with a win over Alabama, 46-41. The Crimson Tide are now fifth after the loss, being edged out of the top four. For a week, the Ohio State Buckeyes were number one. While the Buckeyes (+190) are still the projected favorite to win the Championship, their win of 73-14 over Maryland couldn’t top that of LSU’s big victory over Alabama.

The top 15 teams in the top twenty-five rankings Week 12 are LSU, Ohio State, Clemson, Georgia, Alabama, Oregon, Utah, Minnesota, Penn State Oklahoma, Florida, Auburn, Baylor, Wisconsin, and Michigan. With these rankings come the lines by oddsmakers, and the lines they are a-changing.

The Baylor Bears are ranked 13th and are 1st in the Big 12. The Bears (+6000) are undefeated at 9-0 and should climb the ranks if they win in their next two games. They play number 10 Oklahoma on Saturday and then number 22 Texas the following weekend. Both of those would be big enough victories to get them to move up on the list if they can manage the wins.

Minnesota (+3500) is another team that could see the top four. At 7th, they will be playing number 23 Iowa on the weekend. That win could move them in the right direction for the college football playoffs. But they also need to face number 14 Wisconsin before the season is out. If they’re able to win both games and move forward, they’d have to play Ohio in the Big 10 Championship. It’s anyone’s guess who would win that one.

The Georgia Bulldogs (+1000) are ranked 4th, just making it into the top 4. Georgia would need to face LSU in an SEC Championship battle where they are expected to be the underdog. A loss would then allow Alabama (+900) to take their number 4 spot and make allow the Crimson Tide into the playoffs.

These factors could not only change the rank of each team in the weeks to come but also the margins on the futures lines that are currently listed. USAOnlineSportsbooks.com knows there is still a lot of football left to play and the numbers will continue to move around. Taking one of these highly ranked longshots is all a gamble, but that’s the best part!