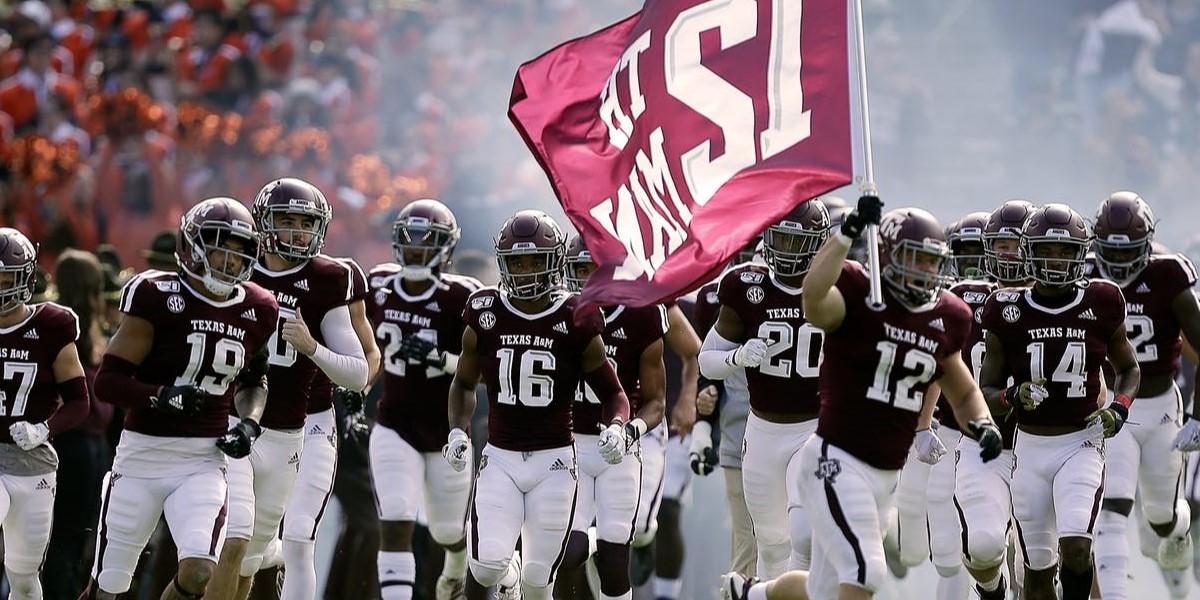 LAS VEGAS – Bad beats are a part of sports betting and while they happen often, it’s never good to start the season off with one. The first week of college football had a handful to choose from but some were worse than others.

The Texas A&M Aggies entered the game ranked sixth in the country and were expected to easily beat the Kent State Golden Flashes as the closing spread was 29.5 points. Online sportsbooks odds looked inaccurate when the score was just 10-3 in favor of A&M at halftime, however, the Aggies rattled off 28-straight points in the second half to make the score 34-3.

With about five minutes left in the game, the score was 41-10 and Kent State was punting the ball away. Texas A&M muffed the punt and allowed Kent State to get the ball inside the 10-yard line. Andrew Glass, the Kent State kicker, ended up attempting a 25-yard field goal that would put the Golden Flashes +29.5 back in play. Naturally, he missed.

With the game in their hands, the Aggies brought out their backup quarterback and instead of running out the clock, decided to pass the ball which resulted in an interception that was returned to about the 30-yard line. Back in field goal range, Kent State bettors had another chance.

Those who bet on college football and sided with Kent State were happy to see the team call a timeout with three seconds left in the game as the field-goal unit came onto the field for a 25-yard chip shot. The score was still 41-10, so this field goal was the deciding factor for the 29.5-point spread.

Glass lined up and hit the right goalpost as time expired and Kent State did not cover despite being given two easy field goal chances that would’ve done the job for sports bettors to cash out on this bet.

The game between the Eastern Washington Eagles and UNLV Rebels was supposed to be a moderately high-scoring affair as the total closed at 66 points. With there being just nine total points scored at halftime, the UNDER was looking to hit comfortably.

With time winding down in the fourth quarter, Eastern Washington called a timeout with four seconds remaining to set up what was about a 31-yard field goal for the win. It missed. The game went into overtime with 40 total points.

College football’s overtime rules can be very exciting to watch but sports betting sites can see points get added to the scoreboard very quickly and that’s exactly what happened.

Both teams kept scoring and as the game went into double overtime the final score was 35-33 for a total of 68 points. A long way away from the nine points on the board at halftime.