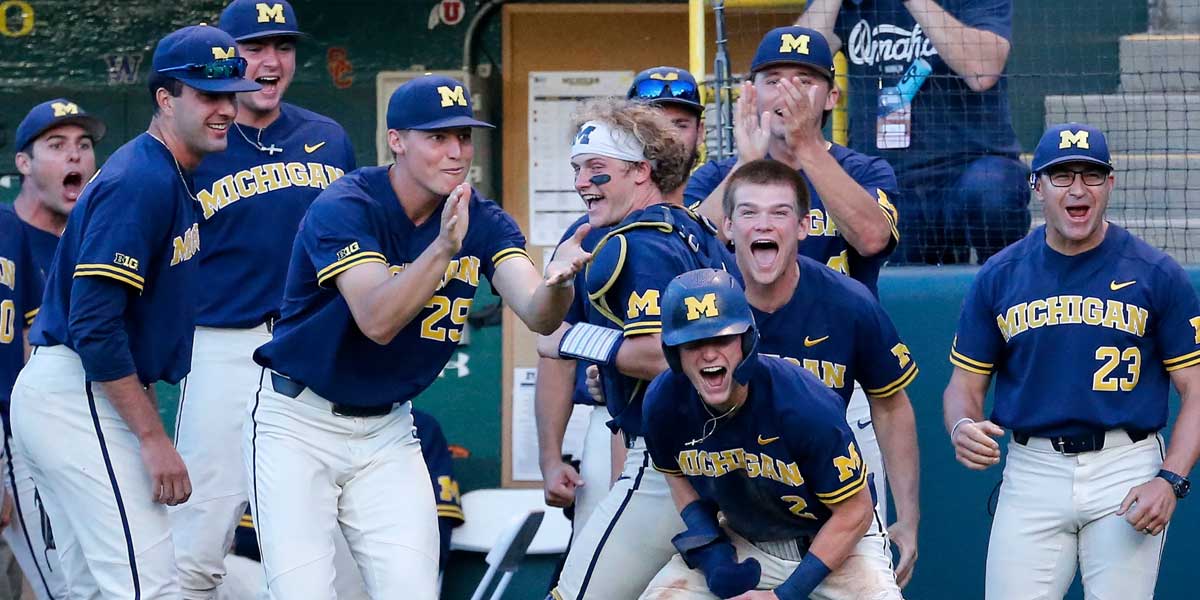 OMAHA, Neb. – The first game of the College World Series begins today and no one would’ve guessed the two teams it would come down to, Michigan and Vanderbilt. This particular matchup is more familiar than one might think. Vanderbilt coach Tim Corbin taught Michigan coach Erik Bakich everything he knows about the coaching game. Now, the unofficial father and son duo will compete to see who’s team reigns supreme.

Corbin gave Bakich an assistant coaching position at Vanderbilt at the start of his career. While at Vanderbilt, Corbin groomed Bakich in every facet of college baseball. Maggie Corbin, the wife of coach Corbin, remembers those days fondly.

“I felt like he was just sort of a miniature Tim Corbin,” she told the press after news of the matchup broke. “I just remember how passionate about the game of baseball and coaching he was — just all-in — and he had endless energy, endless passion. He was great, very detailed-oriented and he was very much like Tim, only a younger version.”

In fact, it was Corbin that got Bakich the job as the head coach of Michigan. Initially, they offered the position to him. He declined their offer but suggested the perfect man for the job, Erik Bakich.

“He’s a better version of me,” said Corbin in a press conference. “He’s much smarter, he’s more incremental, he’s more driven, he’s just the best version of himself.”

It's a tale as old as time itself, father and son going head to head to see if the student has now become the teacher. No matter what the outcome, the Corbin family and the Bakich family will be happy. After all, a College World Series win will be kept within the circle of their unofficial family.

“I never would have believed it,” said coach Tim Corbin to reporters. “The fact that it takes a lot of special things to happen and so many timing issues involved in order for both teams to come together in the end, just to be able to do it with his family is great. It’s so special.”

USA Online Sportsbooks thinks both teams have very strong lineups so these games will come down to the bullpen. The pitching teams will need to bring the heat on the mound with each inning that passes. Left-hander Tommy Henry will be starting today in Game 1 of the Championship for Michigan with an ERA of 3.27. Drake Fellows, a right-handed pitcher, will take the mound for the Commodores with a 3.97 ERA.

Game 1 will begin at 7:00 pm ET and will be televised by the ESPN network. The Vanderbilt Commodores are the favorite to win with odds of -200. Michigan will start the series with odds of +170. Like that of Mr. Miyagi and Daniel-san, if they competed against each other, this should be a terrific game to watch.