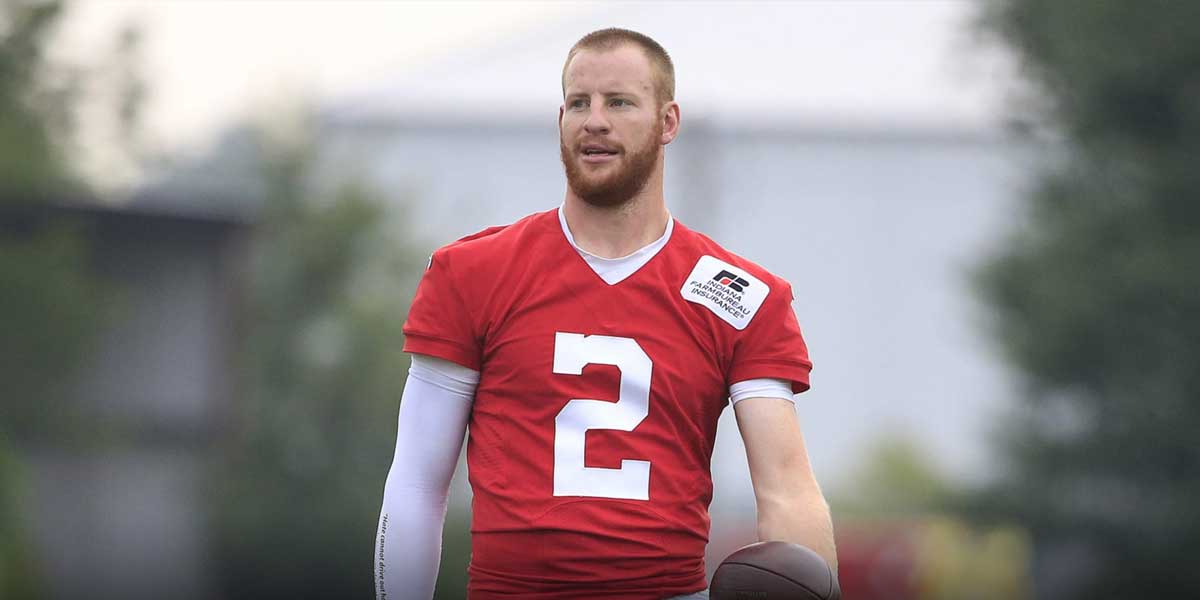 INDIANAPOLIS—In not so shocking news, Carson Wentz could not even wait until the NFL season starts to suffer his first injury as a member of the Indianapolis Colts. Wentz suffered what seems to be a major foot injury during the Colts training camp in which he was later on announced to be out for up to 12 weeks.

That was fast. #Colts QB Carson Wentz will have surgery to repair his foot, per coach Frank Reich. He’s out up to 12 weeks, but could be much less. They will remove a bone in his foot.

The reason that this should not be so surprising to many is that since entering the NFL five seasons ago, Wentz has only managed to play two fully healthy seasons. With that said, he was hoping for a fresh start with his new team, and online sportsbooks were expecting big things from the Colts.

Following the injury though, all of the Colts NFL odds have shifted in the wrong direction in which bettors could use to their advantage for a nice payout.

The Indianapolis Colts saw all of their odds shift including their regular-season win total, odds to make the playoffs, and their odds to win the AFC South division championship.

When the odds first posted, online sports betting sites had the Colts win total set at 10 wins with the Over favored which has now shifted down to 9 wins with the Under favored at -150 odds. Their odds to make the playoffs didn’t see as big a hit as they are still favored to make it in with -140 odds rather than the -180 they opened up with. As for their division odds, the Colts were seen as the favorites to win the AFC South title with +110 odds which have shifted down to +135.

With this, bettors might be thinking it is smart to stay away from any of the Colts odds but that should not be the case at all as money can still be made here even with Wentz’s timetable to return going up to 12 weeks.

The Colts will now be relying on their second-year quarterback, Jacob Eason, who has never taken an NFL snap, to lead the way for them this season if they are unable to trade for a quarterback before the season starts. That being said, bettors should feel more than comfortable betting on the Colts to stay under their projected win total, odds to not make the playoffs, and against their odds to win the division.