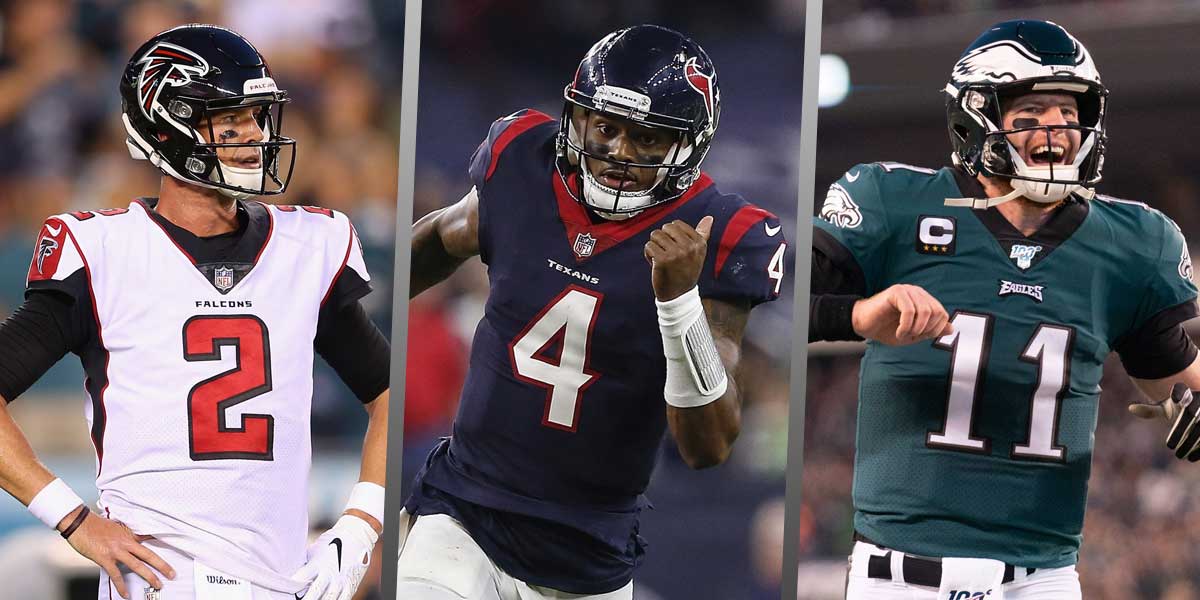 LAS VEGAS – There are 11 NFL teams with 0-2 records, which means if any NFL bettors think that any of those teams will make the playoffs, now is the time to wager on them.

However, going to 0-2 is an obviously bad sign for any team’s playoff aspirations.

One possible silver lining for these teams is that the NFL’s playoff structure expanded this year to 14 teams, which might make it easier for a late season push to claim a playoff spot.

This column will go over some of the teams at 0-2 that might be able to make it to the playoffs, and their odds for doing so.

It could be argued that the Atlanta Falcons are a prime candidate for a turnaround. This is because they shouldn’t be an 0-2 team - they should have defeated the Dallas Cowboys on Sunday.

They managed to choke the game away in incredible fashion, and lose by one point.

The Dallas Cowboys just converted an onside kick to comeback and beat the Falcons.

Dallas bottomed out at a 2% probability of winning this game. pic.twitter.com/S9lJP2xG2q

As the above video demonstrates, the Falcons special teams simply did not pick up an onside kick, as if they were unaware that they could do so.

The Falcons should, by all rights, be 1-1 right now, so what do their odds say about their playoff chances?

The first thing that sticks out about this line is the amount of juice on it - there’s quite a lot.

The Falcons are +385 to make the playoffs, but -625 to be completely out of it already. This does not bode well for them, obviously, but there’s plenty of time for them to turn it around.

At the very least, a matchup against the Chicago Bears should see the Falcons with a good chance to win - the Falcons are currently 3.5-point favorites on the spread.

The Texans might have a case for having the absolute hardest schedule through two weeks.

In Week 1, they faced off against the Kansas City Chiefs, and in Week 2, they battled the Baltimore Ravens.

They came up short both times, but that makes sense - the Chiefs and the Ravens are tied at the top of the odds boards to win the Super Bowl.

In theory, their schedule should get easier from here. So, what does Houston’s schedule look like going forward?

That’s not exactly the easy route.

The Steelers are 2-0, the Vikings are questionable this year but can be explosive, the Titans and Packers seem to be good teams, and the Jags are vaguely competitive week-to-week.

In fact, despite getting the two hardest games on their plate out of the way, Houston still has the fifth toughest trength of schedule remaining.

Houston Texans To Make The Playoffs

Despite their tough schedule, the sportsbooks seem to have some faith in a Houston team that still has Deshaun Watson under center.

The narrative that the hard part of their schedule is over does seem to be overblown though - Houston has a lot of work to do in order to make it to the playoffs.

The Philadelphia Eagles have had a rough go of it for the first two weeks, but their division is so weak that it might not matter.

The Eagles have the good fortune of playing in the NFC East, which means that they could conceivably slip into a playoff spot at 9-7 or 10-6.

The Eagles already picked up one division loss to the Washington Football Team, and followed that loss up with an 18 point loss to the LA Rams.

They’ve shown basically no signs of life so far, and questions are starting to circle about what the future of this team looks like.

Carson Wentz has been abysmal. There’s no other word for it. He had a passer rating of 72.5 against Washington, and 56.5 against LA.

Those are historically bad numbers. As always, the shadow of the Eagles winning the 2018 Super Bowl without Wentz looms large.

Wentz has been awful so far, but historically, he’s a good quarterback. The question is: which Carson Wentz will the Eagles be seeing the rest of the season?

If Wentz reverts back to the quality player he has been in the past, the Eagles should be able to attempt a run at the playoffs. If he’s the same guy as he’s been in these two games, they’re just done.

Philadelphia Eagles To Make The Playoffs

Despite Wentz’s poor performance, the Eagles have decent odds to make the playoffs still.

In fact, their odds are so decent that they can barely even be considered a long shot.

NFL bettors might be able to find good odds by examining the 0-2 teams, but it’s unclear if the odds on the Eagles are worth the risk, given how poor Wentz has been and how short they are for an 0-2 team