Skip to content
USA Online Sportsbooks | Sports Betting | Could Fred VanVleet Be On His Way Out Of Toronto? 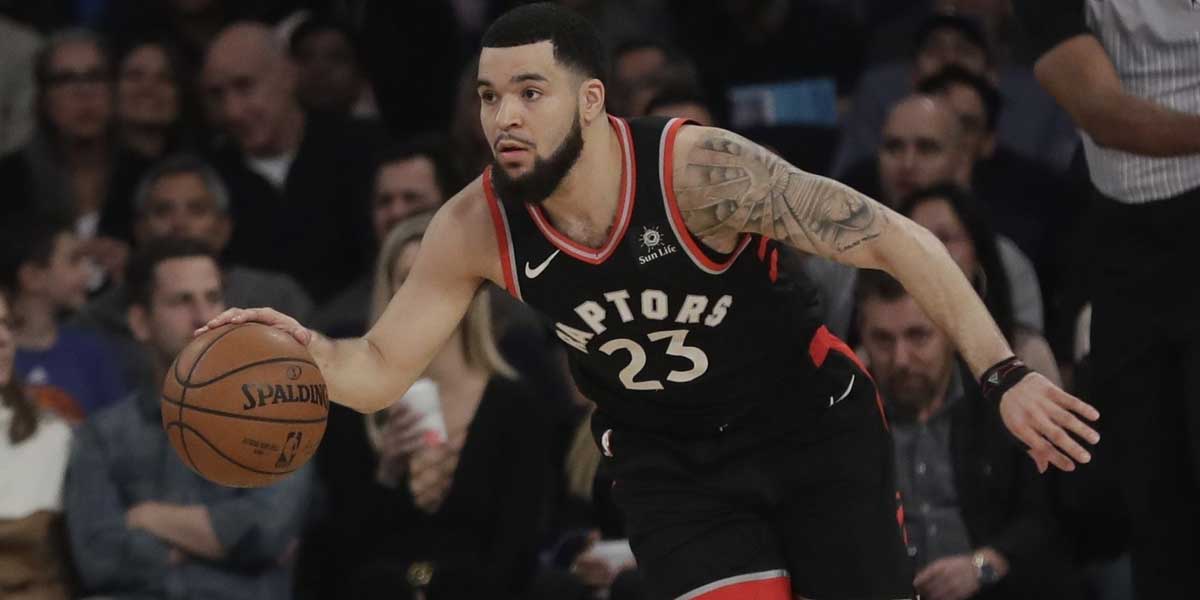 TORONTO – As the Toronto Raptors were bounced from the playoffs after a Game 7 loss to the Boston Celtics in the Eastern Conference Semi-Finals, they now enter what is going to be an interesting offseason.

After losing Kawhi Leonard last season, they have a few key players coming off the books this season as well.

One of the bigger names coming off of Toronto’s salary cap is Fred VanVleet. Online sportsbooks have odds on if VanVleet will stay with the Raptors or not.

Where Will Fred VanVleet Play Next Season?

The Raptors have the favorite NBA odds here as VanVleet has made it clear in the past that “in a perfect world” he would resign with the Toronto Raptors.

It would be imagined that the feeling is mutual with the Raptors point of view as well being that he has been nothing short of sensational for them.

He was also a crucial part of the Raptors championship team as well. These are definitely things to keep in mind for Toronto when talks on VanVleet’s contract arise.

The only thing stopping the Raptors from re-signing the 26-year old point guard would be the other players coming off the books as well and if the Raptors could afford them all. Marc Gasol and Serge Ibaka are set to become free agents as well.

Unless one or both of these guys either take a pay cut or leave the team, the Raptors would not be able to afford VanVleet, Gasol, and Ibaka.

It would be expected though that given his age and talent that VanVleet would get first priority.

When talking about the possibility of Fred VanVleet jumping ship to another team, the only team that has been rumored to be interested in his services thus far ate the New York Knicks. The Knicks could make things interesting in the VanVleet sweepstakes as they have the flexibility to throw the bank at him considering all of the expiring contracts they have and still have enough to sign other players.

VanVleet in New York could indeed raise some eyebrows as he would be playing alongside RJ Barret who is shaping out to be a young star in the NBA as well as Mitchell Robinson who is on his way to stardom.

The Knicks could also interest VanVleet in a larger role as well as he would be their top option at point guard and also be considered either their first or second scoring option with Barret.

If any team were to slip in and make things interesting, NBA bettors can believe that the Knicks will do so.