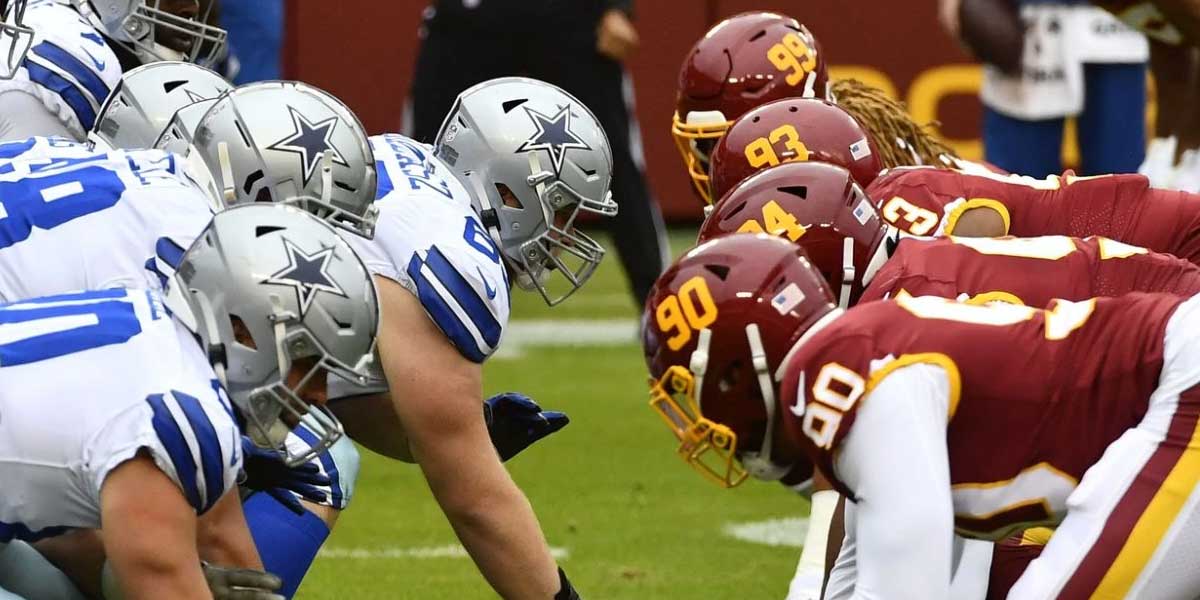 DALLAS – Sports bettors are taking heavy action on the NFC East rivalry game between the Dallas Cowboys and the Washington Football team.

As both teams sit at the bottom of the division and are 3-7 on the season, this game can shift either team’s potential playoff chances.

Sports bettors at online sportsbooks are leaning heavily towards the Dallas Cowboys to take the win.

While both teams have struggled so far this season, sports bettors are leaning in favor of the Dallas Cowboys taking the win. Dallas is coming off of a 37-34 victory of other NFC East rivals the NY Giants.

Longshot bettors should jump on these underdog odds for Washington, however, as there are several reasons why Washington may have the edge in the thanksgiving matchup.

The last time these teams faced one another, Washington beat Dallas easily with a 25-3 win, forcing several Dallas turnovers throughout the game. In addition, Washington beat their last opponents, the Cincinnati Bengals impressively on Sunday with a 20-9 win.

The Cowboys are also dealing with internal issues that could possibly affect their play. Dallas was forced to close the team’s facility following a medical emergency involving a member of the coaching staff.

Considering this is a short week for the team with a game VS Washington on Thursday, this seems to be something quite severe #DallasCowboys

THIS JUST IN — Frisco PD confirms a Dallas Cowboys coach was transported to the hospital by ambulance with a medical condition this morning at The Star per @NBCDFW #DallasCowboys pic.twitter.com/70pbdmccND

With this being a short week for the Cowboys, the lack of practice could come back to haunt them when facing off against a more fine-tuned Washington Football Team.

In addition, the missing member of the coaching staff could affect a team that is already struggling with an offensive identity with both starting QB Dak Prescott and backup QB Andy Dalton dealing with injuries.

The Cowboys struggle to have consistency which has affected them.

The hope for Dallas bettors would be that Washington is just a worse team. The Football Team has suffered all season as well and has managed to lose close games like the 27-30 loss against the Detroit Lions and the 20-23 loss against the Giants.

If Dallas can keep the game close, they may have an advantage against Washington.

Both teams will be extra motivated as this could potentially determine the playoff bracket going forward. All teams in the NFC East are below .500, meaning any one of these times could manage to squeeze into the playoffs should they beat their division rivals.

Dallas cannot afford to lose to the Washington Football team twice, as that would give Washington the tiebreaker should both teams end with the same record. This is added motivation for Washington who would want to win the season series.

This may end up being the most important game for the NFC East playoff battle this season. Sports bettors should take action quickly before the lines shift closer to the game.