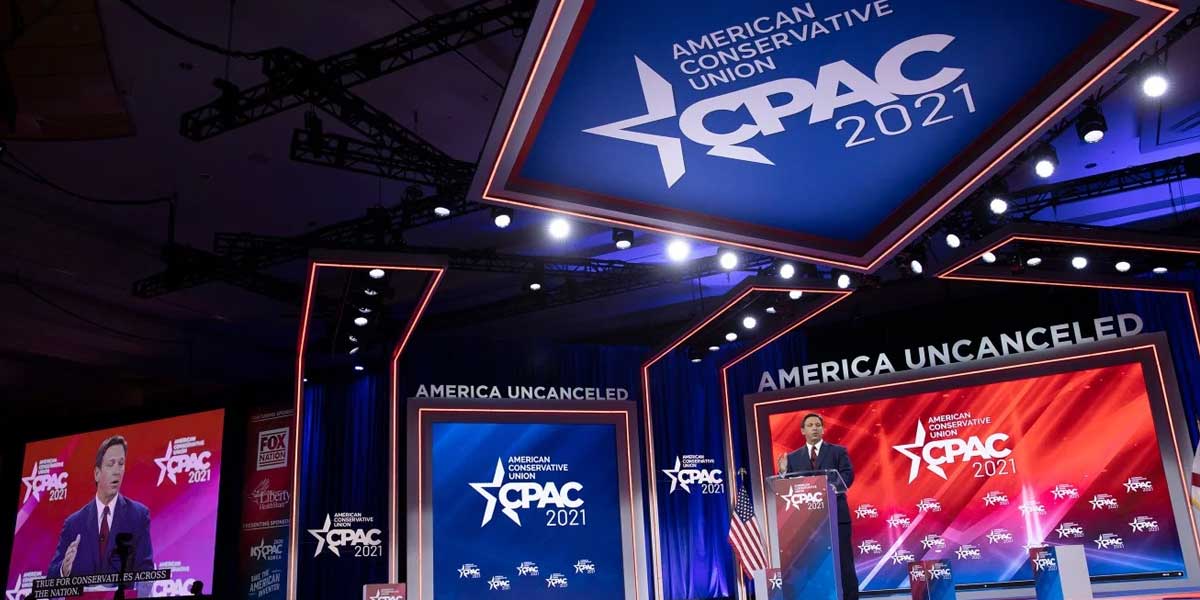 LAS VEGAS - CPAC, the famous conservative political conference, has shaken up the odds for the 2024 Republican presidential nomination.

Former President Donald J. Trump made his first public speech after his ouster and floated the idea of running in 2024.

There are a couple of wrinkles to this story, however, so let’s start with the betting odds as they stand and then discuss what caused the lines to shift.

Trump is at the top of the list at the online sportsbooks, alone. Nobody else has anywhere near his chances of securing the 2024 Republican nomination.

Whether or not the Republican party is the party of Trump is unarguable at this point - he’s left an indelible impression on everyone in the party.

However, whether or not Trump himself should be the one to lead the party going forward does appear to be up for some debate.

1% support for Tucker Carlson in the CPAC straw poll pic.twitter.com/xBGM06mpOn

A total of 55% of CPAC respondents said that they would vote for Trump again in a hypothetical 2024 primary.

CPAC is famously conservative, and could very reasonably be considered a hotbed of Trump support, so these results are more or less in line with expectations. If anything, it is mildly surprising that he didn’t receive a higher proportion of the vote at CPAC, but it’s clear that much of the base is still with Trump.

Florida Governor Ron DeSantis performed very well in the CPAC poll, and was clearly the number two choice behind Trump.

CPAC also ran a poll of attendees that asked who they would vote for if Trump did not run in 2024.

CPAC’s straw poll did a version of 2024’s candidate list without Trump in there. DeSantis still top pick pic.twitter.com/FHK7eRxP8r

Several theoretical establishment picks - Mike Pence, Nikki Haley, and Mitt Romney - got nowhere in the poll, with none of them breaking 3% in a hypothetical Trumpless primary.

One thing to note for those bullish on DeSantis - CPAC was held in Florida, and there’s a decent chance he’s benefitting from that in this poll.

The top of the odds boards shifted due to these polls, as the top two potential Republican candidates are now Trump and DeSantis.

However, below them are a bunch of people who all got less than 5% in the CPAC straw poll.

Perhaps the most impressive performer in the CPAC poll was Kristi Noem, who had no home-field advantage and still managed to nearly quadruple the result Nikki Haley got.

Noem has +3000 odds and could be a very reasonable long shot based on these polls.

Of course, it must be remembered that it is currently 2021. The Republican nomination will not be decided until 2024. A lot can happen between now and then, and wagering this far out can tie up bettors’ money for years.

Political betting enthusiasts will likely see opportunity in Noem’s long odds, but before placing the bet, they should be sure that they’re willing to wait to see the payoff.