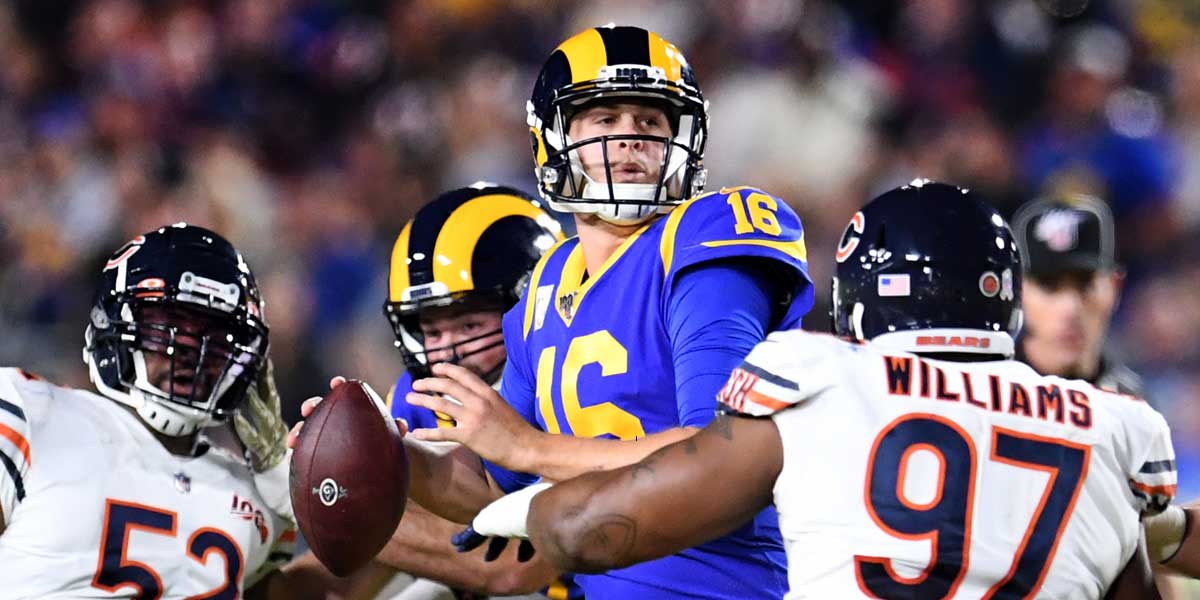 LOS ANGELES – As Week 7 of NFL action comes to an end, Monday Night Football will feature the 5-1 Chicago Bears as they take on the 4-2 Los Angeles Rams.

With there being Monday Night Football action, those that partake in daily fantasy football can begin looking at players to set their lineups.

Being that it is a single game lineup, one slot will be an MVP slot where that player earns 1.5 times the points as the other players rostered.

With that being said, this is just a suggested fantasy football lineup and should be changed around to the users liking.

Starting at the top with the MVP slot, it is filled out by Chicago Bears QB, Nick Foles. Foles has played solid since taking over as the QB1 as he has thrown for 878 yards and six touchdowns as well as one rushing touchdown in just four games.

He has led the Bears to the top of the NFC thus far in the season and will look to continue leading them here on Monday Night Football.

He is listed at the MVP slot being that the QB position is always seeing action and usually puts up the most points.

The first flex spot is rostered by Robert Woods of the Rams. Woods is a borderline WR1 for the team as he and his teammate Cooper Kupp put up similar numbers with Kupp having a slight edge.

That being said, the defensive focus should shift to Kupp leaving Woods more opportunities to create space and get open. Woods certainly gets the targets he needs in order to make the plays as he has seen five or more targets in every game.

He has also put up double-digit fantasy points in four of his six games played as well which also speaks value.

David Montgomery fills out the second flex spot on the roster as he is the first ranked running back on online betting sites. Montgomery has played great thus far in the season as he has shown off both his running game as well as his pass-catching ability.

He currently has 305 rushing yards and 163 receiving yards and will certainly have a nice game here against the Rams who rank 14 against opposing running backs.

Being that the Rams defense is strong against the passing game, the Bears could also opt to stick with a more run-heavy offense that would leave Montgomery plenty of opportunity.

Tyler Higbee fills out the third flex slot and rightfully so as he is one of the better tight ends in the league. However, he is listed as questionable for the game but is fully expected to play.

This is a great matchup for Higbee as one of the holes in the Bears defense is their defense against opposing tight ends where they currently rank 23 in the NFL. Something else that helps Higbee’s case is that the Rams usually run a two tight end set which could really pound the Bears defense and allow for Higbee to stay fresh and take advantage of the defense when they’re down.

The final roster spot is filled out by Jimmy Graham who is the Bears tight end. Graham has played exceptional during his first year in Chicago as he has gone for 203 yards and has caught four touchdowns in his four games played.

Graham has clearly become a favorite target as well being that he has pulled in five or more targets in five of six games and he certainly makes the most out of them.

One of the weaker spots in the Rams defense is their defense against opposing tight ends as they rank 16 in the league.