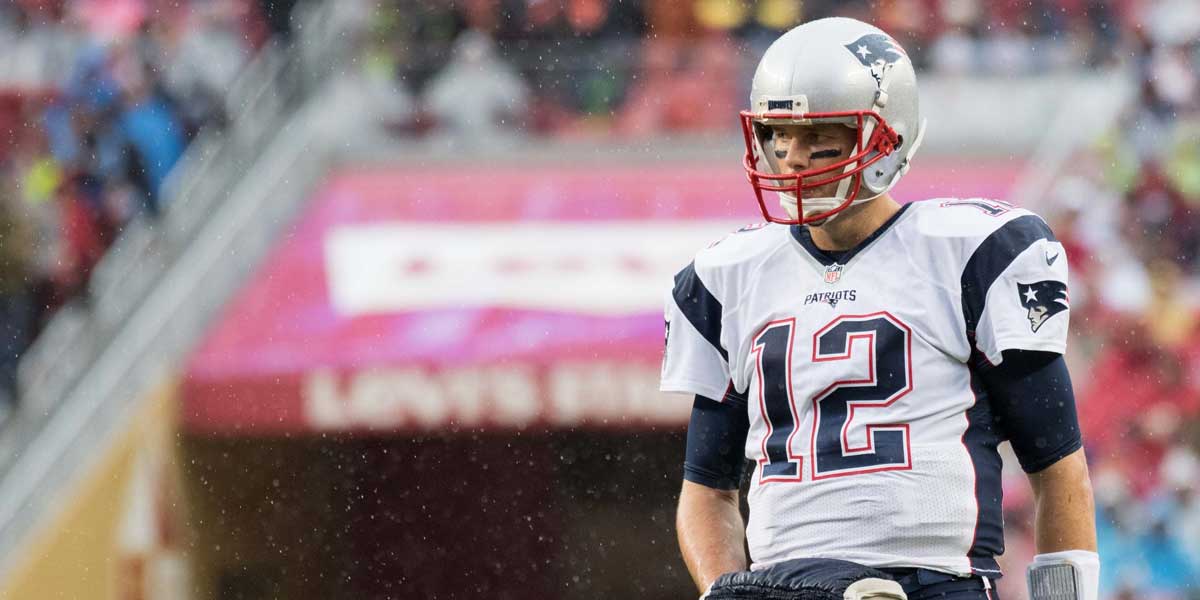 TAMPA – The Tampa Bay Buccaneers front-office has made it clear that they’re preparing to make a run at New England Patriots quarterback Tom Brady this offseason when the NFL’s free agency period opens officially on Wednesday.

The Buccaneers will certainly be one of the long list of potential suitors for Brady in free agency but they’re ready to go all in to sign the six-time Super Bowl champion to a deal this offseason.

However, sportsbooks say it’s just a two-team race between the New England Patriots and the Tampa Bay Buccaneers to sign Tom Brady.

Sports betting websites have the Tampa Bay Buccaneers as the favorites to sign Brady this offseason with odds of -150. While it isn’t clear Brady, and the New England Patriots are divorcing and the Buccaneers are willing to let former No. 1 overall pick Jameis Winston walk in free agency if it means bringing in Brady.

Tampa Bay does have the offensive weapons in wide receivers Chris Godwin and Mike Evans to entice Brady but the Buccaneers running game doesn’t compare to New England’s.

A clear advantage the Buccaneers have is the third-most cap space in the NFL ($66 million) to add more pieces around Brady after signing him.

Although, the Bucs defense is young but not ready to win right now and that’s what could be keeping Brady from signing with Tampa.

The New England Patriots have the second shortest odds behind the Buccaneers at +110 and while these odds aren’t the favorite they should be taken with confidence.

The Patriots give Tom Brady the best chance at winning a Super Bowl and that has to be one of the biggest factors in his decision. They have a defense that can win games and Belichick is still one of the best coaches in the NFL.

Now, the Patriots do need to add some firepower to their offense especially at the tight end and wide receiver positions. While the Patriots odds aren’t listed as the favorite, now is the time to place your bets on New England before these odds become shorter as the NFL’s free agency period opens.

One of the teams with an outside chance to sign Tom Brady is the Las Vegas Raiders who have made it known that they’re trying to make an upgrade at the quarterback position and are willing to part ways with Derek Carr.

A Jon Gruden and Tom Brady pairing in Vegas would certainly be a media firestorm and would immediately make the Raiders relevant again in a new city.

However, the Raiders have a lot of holes on their roster and not as much cap space as the Buccaneers to add pieces around Brady after signing him. The Raiders are listed at +1200 odds at online sportsbooks and are the only odds outside of the Tampa Bay Buccaneers or New England Patriots that should be taken.