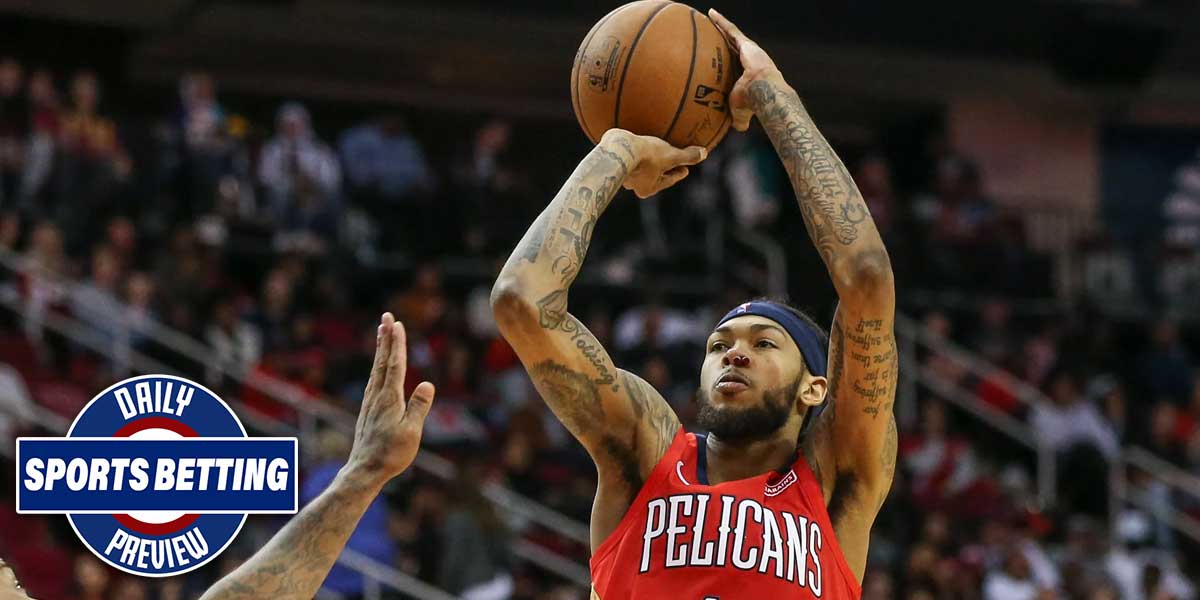 LOS ANGELES – Two NBA games are slated today that may bring all eyes to the court. On Friday, the Philadelphia 76ers travel to take on the Houston Rockets, but most NBA betting fans will be focused on the New Orleans Pelicans’ matchup versus the Los Angeles Lakers.

While the Lakers have already played against the Pelicans once in New Orleans – a game where former Pelican Anthony Davis dropped 41 points and collected nine rebounds in a Lakers win – the storyline is now on the assets traded for Davis and their return to Los Angeles.

Prop Bets For The Lakers-Pelicans Game

When players return to their former team, they generally have much emotion running through them, causing them to put on a performance. Despite the Lakers (-650) being favored by double digits (-10.5), the Pelicans may be able to keep the game, which starts at 10:35 p.m. EST, close.

In an earlier matchup, the Houston Rockets are hosting the Philadelphia 76ers, who are slight underdogs. Sitting at 4.5-point favorites, the Rockets (-195) have all of the pieces working together to take down the 76ers (+170).

Still, the Sixers have played well in big-time matchups, going 8-8 against teams .500 and above.

Bettors should have no issue placing a large risk on the Sixers’ moneyline, as anyone tuned in to the game should find a hedging opportunity presented. For those with even more gall, consider betting on the Sixers moneyline parlayed with the over (225 points).

If these teams keep the pace they both want to play with, 225 points can be hit sometime in the early fourth quarter as ease.

The Rockets-Sixers game tips off at 8:05 p.m. EST and can be viewed on ESPN.