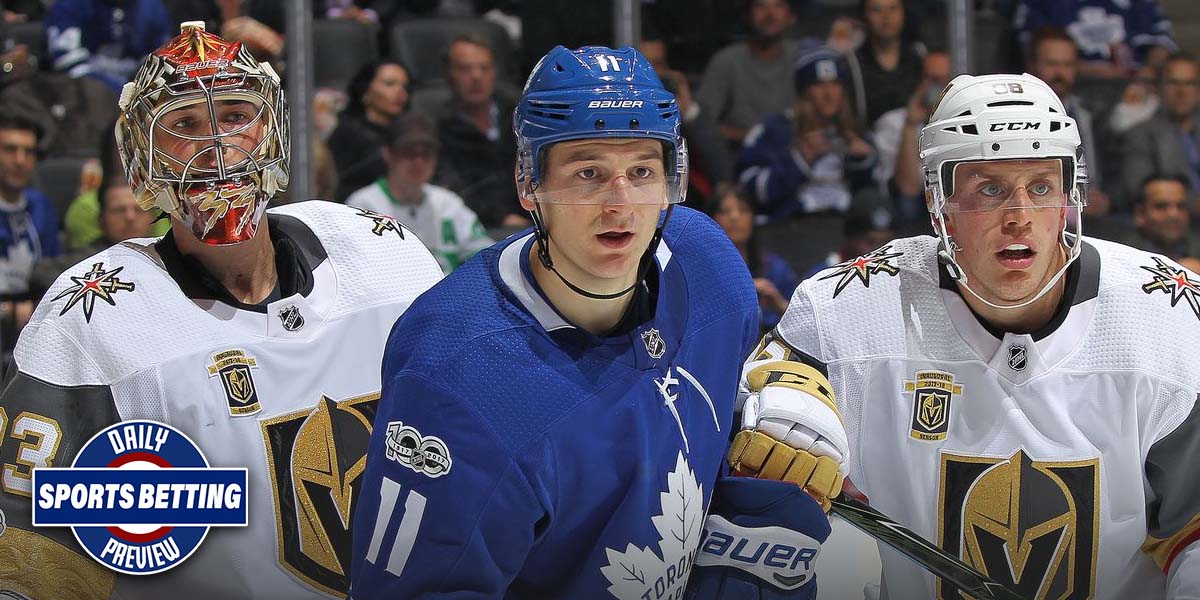 LAS VEGAS – Bettors can find a few betting spots that seem to carry immense value on Tuesday throughout a variety of different sports.

Those interested in betting on hockey should take a deep look into the Toronto Maple Leafs and Vegas Golden Knights game. Online sportsbooks are calling the Maple Leafs just slight favorites while it’s easy to see the gap should be much bigger.

Toronto has the second-best defense in the league as they allow just 2.48 goals per game. That should neutralize Vegas’ fifth-ranked scoring offense that posts 3.47 goals per game. Considering the Maple Leafs’ offense isn’t too bad themselves (3.39 gpg), they should be able to score enough on the 18th-ranked Golden Knights defense (2.97 gapg).

College Basketball Odds: No. 4 Auburn Vs. No. 24 Alabama

Surely many sports bettors were betting either on or against the Alabama Crimson Tide in last night’s college football championship and now they’ll have the chance to do so again, but this time in their basketball game against the Auburn Tigers. College basketball betting sites are tempting bettors to take the road underdog.

Auburn is ranked fourth in the country with their 14-1 record while Alabama is ranked 24th with an 11-4 record thus far. Alabama’s defense isn’t too good, ranking 289th in the country with 74.0 points allowed per game. Because of this, they rely on their offense to simply outscore teams. However, Auburn has one of the nation’s top defensive units that is top 20 in opposing field-goal percentage. The Tigers should win this game as the road underdog.

Anybody who has ever bet on tennis probably knows that John Isner is an OVER machine. He wins almost all of his service games (92%) while seemingly never winning a game on return (10%). This time is no different.

Thanasi Kokkinaki is relatively similar to Isner in that he wins 81% of his service games but just 15% of his return games. Somebody needs to be either really good on return to break Isner or really bad on serve to let Isner break them, Kokkinakis is neither. This match should go the third set and likely deep into each one.