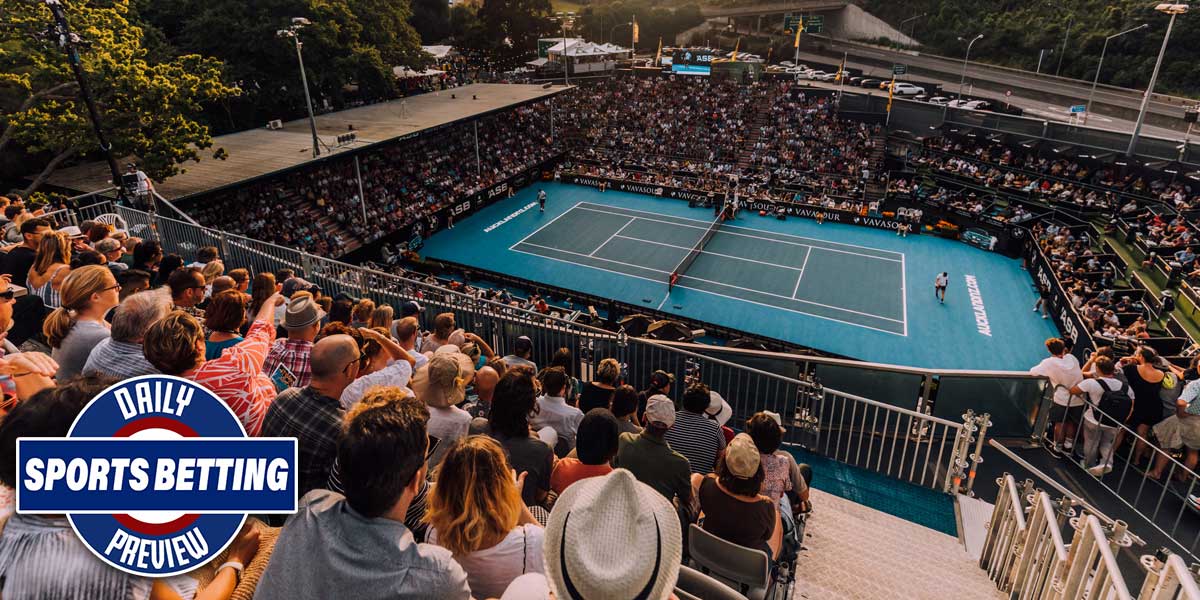 Auckland, New Zealand – With the Australian Open only a week away from starting, many tennis players are preparing their bodies for time change consisting of more than a half-day.

Playing in tournaments based in Australia or New Zealand, the ATP athletes are ensuring their bodies and minds are prepared for the Grand Slam event that starts off the tennis season.

One of the matches, in particular, features two American tennis players, who are facing off in the Round of 16 at the Auckland Open. Beginning at 6 p.m. EST, John Isner will take on Tennys Sandgren.

John Isner is the top-ranked American in the world, yet he is coming into this event with odds that put him on pace with Tennys Sandgren, who is ranked 101.

Sandgren isn’t one to go easily, as he had an impressive US Open performance in August of last year. Still, the focus of both players may be on next week’s Australian Open instead of the match at hand. It will be a true test of focus and concentration, as both are looking to win their first Gland Slam.

Isner (-135) is a 1-game favorite over Sandgren (+115). With Isner’s powerful service game, taking the top-ranked American on the moneyline seems like a safe enough wager.

Oddsmakers at online betting sites are projecting this game to potentially go to the maximum three sets, or to see two tiebreakers occur in two sets. Set at 25.5 games, the over-under can be played on either side depending on which player a bettor believes will prevail.

For those with faith in Isner, taking the under is the more likely situation, as the belief is there that he will win all of his service games as well as breaking Sandgren at least once. For those with faith in Sandgren, the over would be the play, signifying that a bettor believes Isner can be broken or that Sandgren can win a tiebreaker, forcing a third set.

These two players faced off against each other in 2018, where Isner reigned supreme. Like Auckland, the court setting was on a hard surface, but it was indoors. Still, Isner won two of the three sets, with all of them going into a tiebreaker.

Many other matches are to be played at the Auckland Open tonight. Matches begin at 5 p.m. EST and end a few hours after, but it is this battle that provides the best odds.

With both of the American tennis players poised to go the distance, the only outlier will be if either one wants to refocus their attention to next week’s two-week Major and simply allows themselves more rest. Either way, look for this battle to be a true test of emotion and power.