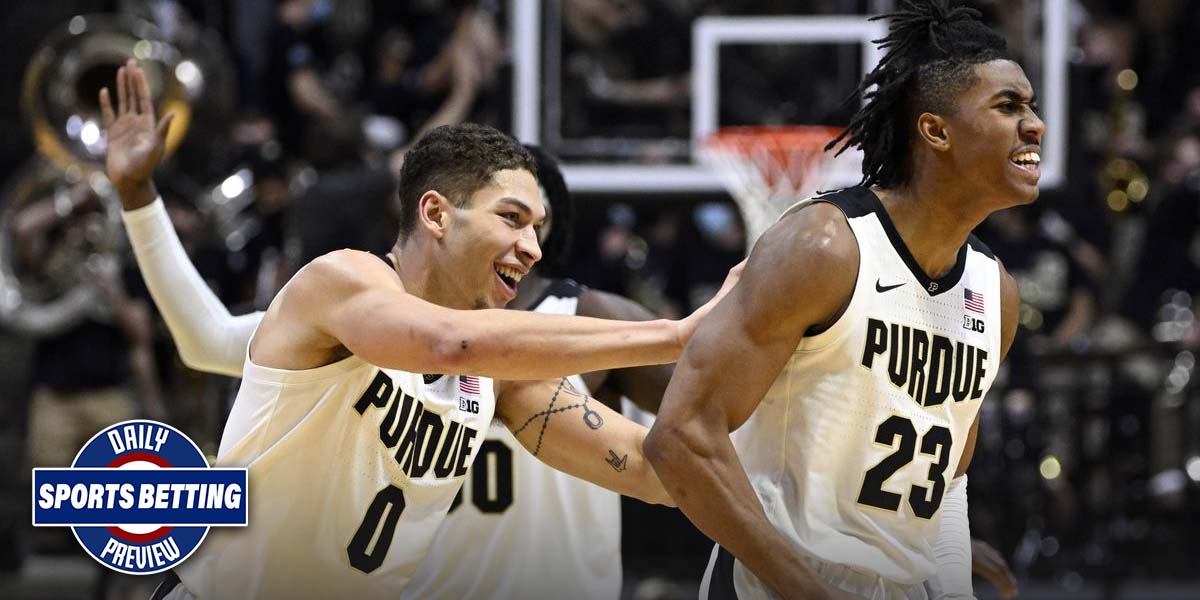 IOWA CITY, Iowa - Between college basketball, tennis and hockey there are ample betting opportunities on the day’s slate.

Despite being the No. 6 team in the country and playing an unranked team, the Purdue Boilermakers are favored by just two points against the Iowa Hawkeyes on online sportsbooks.

On the surface, the team’s numbers are very similar as they both score and allow similar points per game. Purdue has the nation’s top-rated adjusted offense and is fourth in overall team field goal percentage. Their overall efficiency should bode well enough against the 171st ranked defense in opposing field goal percentage to cover the 2.0-point spread.

Ashleigh Barty has been dominant in the Australian Open, having not lost a single set against any of her opponents. She will meet Danielle Collins in the finals and tennis betting sites are projecting a lopsided matchup for the title.

Barty has dropped just 21 games all tournament, meaning her average set has been 6-1.75 throughout the Aussie Open which is simply absurd. Now, all she has to do is win 6-3, 6-3 for an EVEN payout? The value is simply too good considering a five-game margin has been her worst performance back in round four.

The Carolina Hurricanes are very possible the best team in the NHL and their team total odds seem very intriguing in the matchup against the Ottawa Senators on Thursday. NHL betting sites may have simply set the number too low.